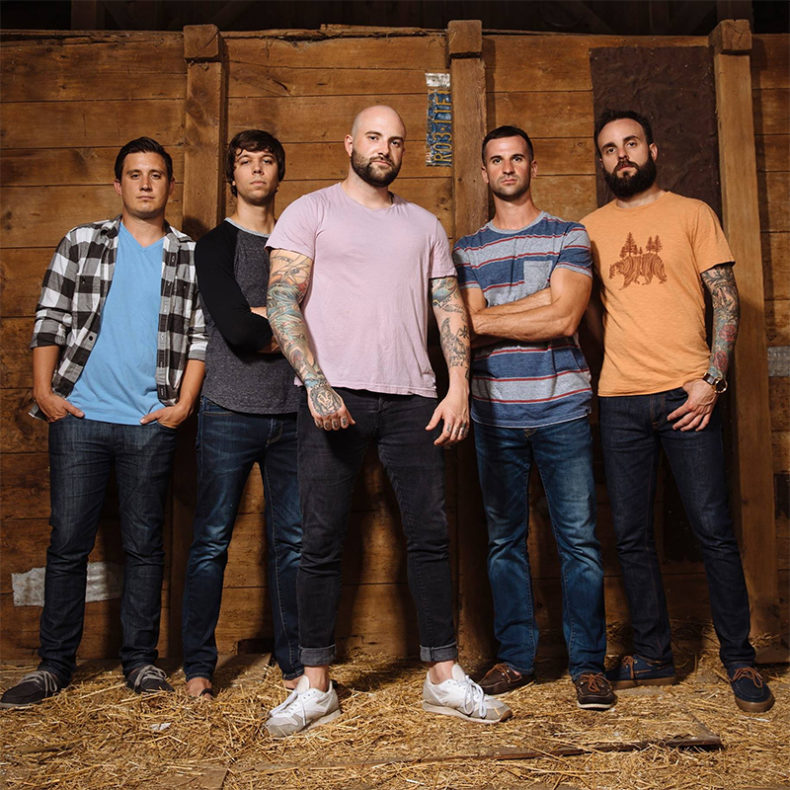 August Burns Red kicks off their tour supporting their new album Phantom Anthem with two Canadian dates, their second being Toronto at The Danforth Music Hall on Saturday, January 6. They were supported by Ocean Grove, ERRA, and Born of Osiris, who really delivered in energizing the crowd for August Burns Red.

Ocean Grove had a decent starting set. They had lots of energy and were a tight band overall, great to start the show. ERRA, the crowd a little more familiar with them, came out and this set was a lot crazier. Their singer was especially fun to watch, because he was full of energy and was using the giant stage at Danforth to move around. Born of Osiris was the band following, and even more people seemed to know who they were. Once again, the set got even better. They filled the building with the energy everyone needed to prepare for August Burns Red.

The stage setup was fairly simple, having a backdrop that read August Burns Red, a bunch of cool lights that came off the stage from behind the drums and a giant LED sculpture in the shape of their logo which lit up in different ways corresponding with the music being played.

August Burn Red ran onto stage, leaving the whole building erupting, started off their set with a new song, “King of Sorrow,” which is off the new album. This song was really good to start the show off, kicking off really heavy, but about a minute into the song, JB (guitarist) comes out with a soothing guitar solo, which then reverts back into their crazy heavy riffs. They blended this song with “Empire,” which is an older song that a lot more people seemed to be familiar with. This song is when the set really kicked off, and the vibe never died down.

With so much space on the giant Danforth Music Hall stage, the band really seemed to use that to their advantage. I don’t think anyone stayed on the same part of the stage for very long. JB would anyways go on the middle platform when he was doing something crazy on the guitar, or Jake Luhrs would be swinging the mic around on one of the platforms. There’s never just one single person who you can watch, because everyone in the band is doing something crazy at all times.

“Ghosts” was performed really well. The song originally features Jeremy McKinnon from A Day to Remember, but when performing it live, Dustin takes over the singing role and does it perfectly. This song is done way better live than on recording; the raw power in it is unreal.

“Marianas Trench” was played perfectly, as always. They didn’t even have to say the song name, and on the first note, the whole crowd was excited. Front to back, no one wasn’t singing along.

The best song of the set had to be the last song before the encore, “White Washed.” The energy was so full and there wasn’t one missed note. The whole middle of the crowd was moving around and the band seemed to love playing it.

Overall, this show was a great way to start the new year. It built up from the first band, just getting better and better as the bands came. It’s mind-blowing that they still to this day can play the whole hour and a half set perfectly without messing up once. It will always be a spectacle seeing them.

Nicholas Power is a Canadian born photographer from Whitby, Ontario. He has been photographing live shows for three years, and is now getting into shooting for media outlets. He is currently a member of a band called Punchu, and is enrolled in Humber College's Creative Photography programme.
RELATED ARTICLES
august burns redlive reviewthe danforth music hall