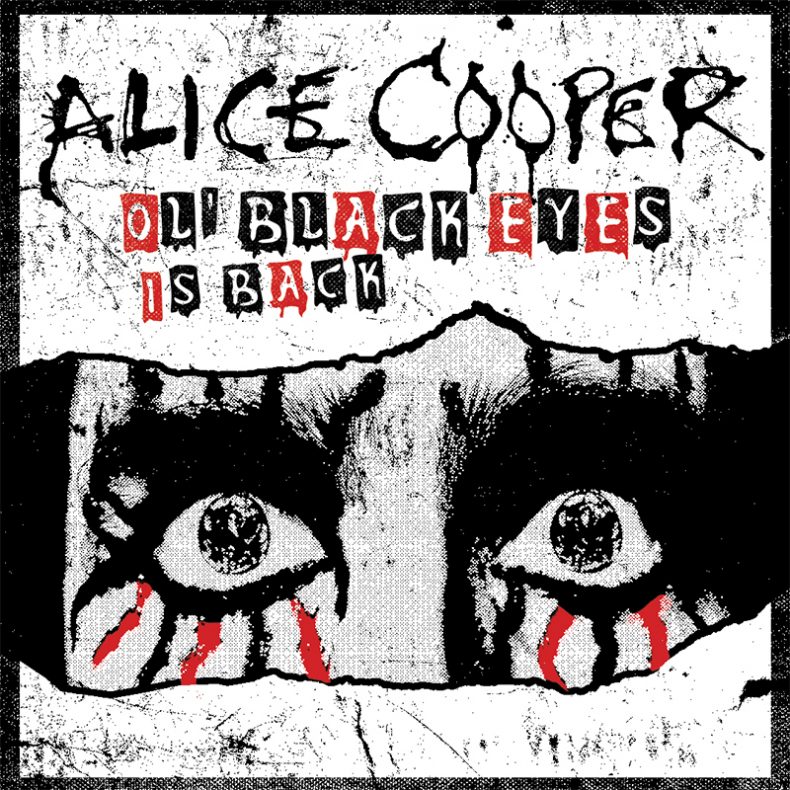 Alice Cooper hit the stage tonight at Manchester Arena in support of his current release, Ol’ Black Eyes Is Back: Alice Cooper, along with opening acts MC5, as well as punk rock legends The Stranglers.

First up were the legendary Motor City Rockers MC5, rebranded for the band’s 50th anniversary as MC50, with just two of the original lineup, and including Bill Gould of Faith No More and Kim Thayil of Soundgarden.  Fronted by Marcus Durrant of Zen Guerilla, who proved himself to be a flamboyant catalyst to the guitar histrionics of original member Wayne Kramer, the band blasted quickly through a powerful and raw set of angst-driven, hard-hitting rock. Limiting the political talk to a short piece before one of their final numbers, they preferred to let the music do the talking.  I really enjoyed their set, although I was not previously familiar with their legendary back catalogue of songs.

The Stranglers showcased a mixture of their classics along with some more obscure tunes, the majority of them based primarily around keyboard. Hits like “No More Heroes”, “Peaches” and “Golden Brown” engaged the audience, but unfortunately the rock fans who came for Alice Cooper were largely disinterested in what was happening on the stage in front of them.

Alice Cooper always delivers the consummate entertainment package of musical theatre. Mixing up the set-list for this leg of UK dates allowed him to omit some numbers while adding both new tunes as well as dusting off the cobwebs of some rarely-played numbers, as well as factoring in some songs from his latest release which also seemed to blend in seamlessly with his well-known songs.

Alice Cooper’s band is pretty solid now and each musician was allowed to showcase their own musical abilities, from Glen Sobel’s drum solo, to the theatrics and guitar histrionics of Nita Strauss.

Clichéd or contrived are words that can be attributed to the visual elements of an Alice Cooper show, though the bottom dollar is that it always fully delivers in terms of entertainment value. Despite his slight vocal failings, he is still selling out venues after 50 years with every single tour that he does. That alone is testament to his legendary status. Alice Cooper knows what works and what engages a large audience to sing along to the anthems of their youth, or to eagerly scramble for huge confetti-filled balloons. He offers pure escapism, and in this much troubled modern world that certainly works for me.

I'm a 40 + music fan. Fond mostly of Rock and Metal my staple-musical food delights. Originally from Northern Ireland I am now based in the UK-Manchester. I have a hectic musical existence with regular shows and interviews. Been writing freelance for five years now with several international websites. Passionate about what I do I have been fortunate already to interview many of my all time musical heroes. My music passion was first created by seeing Status Quo at the tender age of 15. While I still am passionate about my Rock and Metal I have found that with age my taste has diversified so that now I am actually dipping into different musical genres and styles for the first time.
RELATED ARTICLES
alice cooperlive reviewmanchester