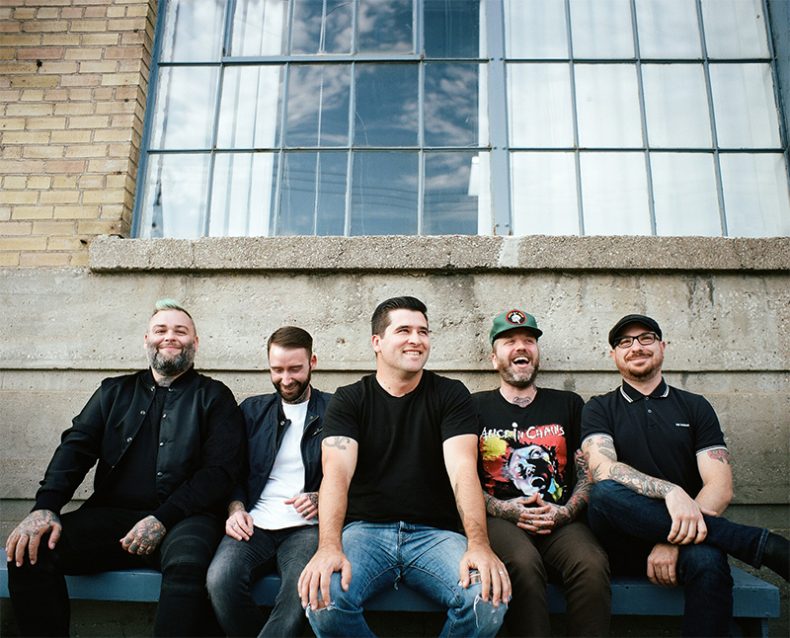 While an illness in the band forced them to be reschedule the shows from their original dates in late June, Alexisonfire always brings insurmountable energy forth when they do hit the stage. Vocalist and guitarist Dallas Green, who being the only real exception to that usually stands relatively motionless for the most part, was surprisingly active at the final night of their rescheduled slew of shows last Friday, December 15th at Danforth Music Hall in Toronto.

The St. Catherines boys have always put on a ferocious set, so it was no surprise to see them come out with even more energy as a means to make it up to their fans for making them wait so long for the shows they expected this summer. Having broken up for years since their “final tour” in 2012, the members of post-hardcore powerhouse, Alexisonfire, have said that they’re closer now than ever before and you can really see it in their performance. The only thing that’s noticeably changed is the length of bassist Chris Steele’s hair. Their chemistry, Steele’s absolutely outstanding stage presence and rabid energy, have all evidently grown stronger.  Although they’re simply a nostalgia act at this point, their fans are strong, supportive, and still know all of the words to all of their songs. 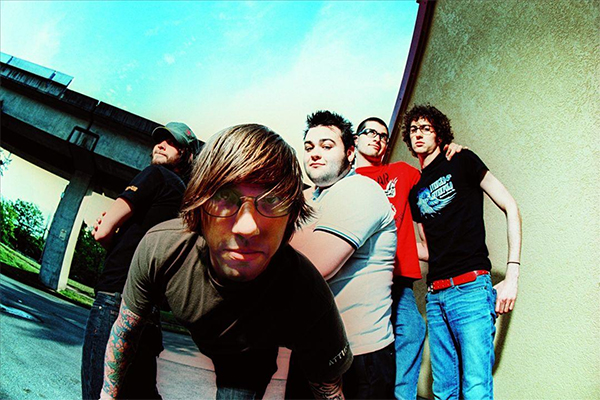 Their songs are all considered classics now that they’ve halted any new material, but there are of course still some that really stand out. Opening up with ‘Young Cardinals’, making their way into other fan favourites like ‘We Are The Sound’, ‘Drunks, Lovers, Sinners, and Saints’, and closing off with ‘Accidents’, the band proved the great thing about a nostalgia band is that you can hear how much they’ve influenced their fans with the crowd’s voices overpowering the band. Before going into ‘Accept Crime’, George Petit took a moment to address how much they support everyone, saying “regardless of who you are, regardless of where you’re from, regardless of your race, your gender, who you choose to love – this shit is for everyone! Ladies and gentlemen, this song is called Accept Crime.” Of course, there was also a back and forth, Petit again interacting with the crowd, after a weak response the first time around. “Show me how good you’re feeling and repeat after me. That was fucking weak, that was fucking bullshit. When I say repeat after me, I mean fucking repeat after me!,” Petit said before getting the crowd to scream the words to ‘We Are The Sound’ with him.

After leaving the stage, adrenaline-filled fans chanted “10 more years! 10 more years!” in search of an encore, and were not let down. Letting the anticipation grow for a few minutes, the quintet charged back onto the stage with ‘This Could Be Anywhere In The World’ and closed off the final show of the four-show stint with ‘Pulmonary Archery’ and ‘Happiness By The Kilowatt’. As for the next 10 years, only time will tell what’s to come for Alexisonfire. For now, the sporadic shows with their existing material will have to suffice for their large, devoted fan base.

Music makes the worst situations bearable and the best situations even better. I'm just here to share the inside scoop and anything you may have missed, while I establish my own voice in the industry. Born and raised in Ottawa, I never go anywhere without a set of headphones. Live music has been my vice for as long as I can remember and sharing stage side stories is a major bonus.
RELATED ARTICLES
dallas greenlive reviewsingle mothers