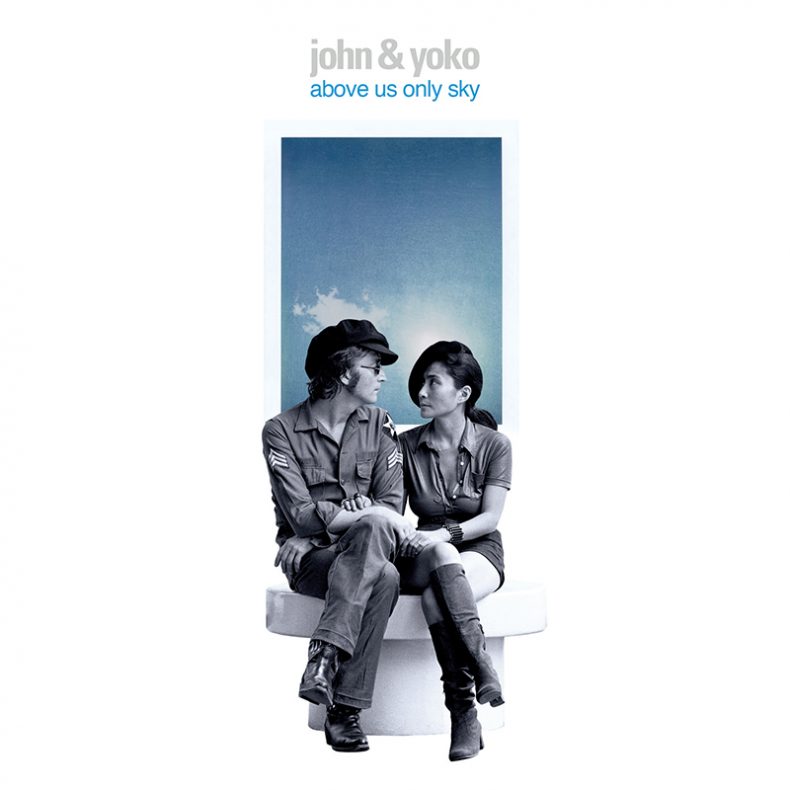 JOHN & YOKO – ABOVE US ONLY SKY

When John Lennon and Yoko Ono set out to record the Imagine and Fly albums, in 1971, they made a decision to document the entire proceedings, from beginning to end. This documentary, made to help promote the expansive box set Imagine – The Ultimate Collection which was released in October of 2018, was made with Yoko Ono’s blessing and support. The end result is an extremely well-made and informative documentary.

Because Lennon and Ono filmed so much, there is a great deal of material that is included in the John & Yoko – Above Us Only Sky that has never been seen. Director Michael Epstein (TEN, Clickbait) was given access to all of the footage, and he was given access to the artists and people who were part of making the album. The combination of archive footage and new interviews helps put the recording and creation of Imagine into context. It also makes for a very watchable documentary. The interviews are interesting, enlightening, and help the viewer understand the albums’ creation.

Context is very important. One must remember that Imagine was recorded one year after The Beatles officially split, and it was Lennon’s second solo studio album (his first three outings were with Yoko). Imagine was also following the disappointing sales of John Lennon/Plastic Ono Band, a brilliant album that did not receive the recognition it so deserved. One sees a very nervous Lennon during the sessions, but as recording goes on he becomes much more confident with the material. Interviews with those who played on the album, such as Jim Keltner, Klaus Voorman, and Alan White of Yes, help in describing Lennon’s creative process and his willingness to solicit feedback from those with whom he was recording.

Others interviewed on John & Yoko – Above Us Only Sky include photographer David Bailey, John Dunbar, who introduced Lennon to Ono, and Eddie Veale, who built Lennon’s home studios. Lennon was one of the first to have his own studio in his home. In short, the entire creation of the album is well documented. From the sleeve design to how the album was promoted with a film made by Lennon and Ono. Their interviews are, again, interesting and augment the archive footage. But it is Julian Lennon who is the clear highlight. He is funny, articulate and speaks remarkably well. He is also, at moments, quite heartbreaking.

Some watching the documentary may not be happy with how Ono is portrayed throughout the documentary. The fact is that she contributed as much to Imagine as Lennon did for her album, Fly. This is not rewriting history but it does give her the appropriate credit that has been overlooked for the past 48 years. Imagine and Fly were both groundbreaking albums, for different reasons, and what John & Yoko – Above Us Only Sky successfully does is, not only giving a glimpse behind the curtain but also documenting the the times (both socially and personally) for Lennon and Ono as artists.

This is an excellent companion piece to the box-set and Imagine film, both of which were released in 2018. While Lennon and Ono’s Imagine film is a concept work that was an extension of both albums, and later used to promote them, this is a straightforward documentary. The content is simply fascinating and the archive footage used is amazing. It is a very watchable film that fans and those with a mild interest will all find very informative and entertaining. John & Yoko – Above Us Only Sky goes a long way to explain why Imagine is not just an album, but rather one of the boldest statements ever made in rock history.

Born and raised in Whitby, Aaron discovered music through his love of The Beatles. This led to a career in radio, writing for various publications, and ultimately a radio show about The Beatles (Beatles Universe), which ran for over four years. When not immersed in music, Aaron enjoys spending time with the loves of his life -- his wife Andrea, and daughters Emily and Linda (all of whom have an intense love of music too).
RELATED ARTICLES
eagle rock entertainmentfilm reviewjohn lennon