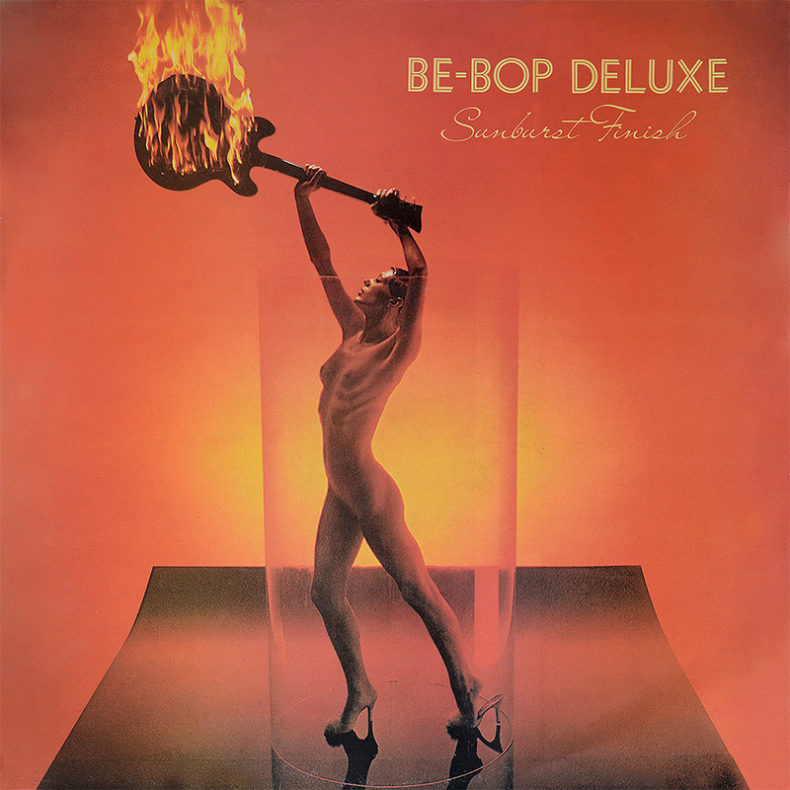 Two older men get together to reminisce about a job they did over forty years ago. Although the subject matter runs a bit deeper, that is the basic premise of the documentary Be-Bop Deluxe: The Making of Sunburst Finish. The two men are Be-Bop Deluxe’s founder, guitarist and songwriter Bill Nelson, and the producer/engineer John Leckie. They are reminiscing about Sunburst Finish, the legendary album that they co-produced for Nelson’s band in 1975.

Researcher/Director Matt Bristow and Cinematographer/Editor Mark J. Freeman created this documentary as a companion to the expanded re-issue of the English prog/glam/rock band’s 1976 album. The film moves along at a gentle pace, much in the way that one would expect from a conversation with two old friends. Both men talk about their past experiences in music: Nelson with his early solo work and previous albums with Be-bop Deluxe, and Leckie talking about coming up through the ranks at EMI’s Abbey Road Studio as a tape operator, engineer, and producer. Sunburst Finish marked the first time that either of them were credited in the role of producer. 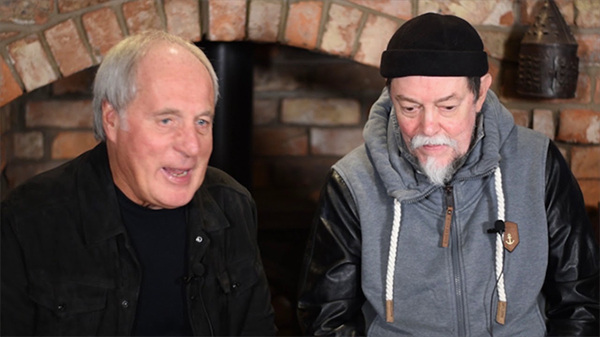 This is a film that will appeal not only to fans of Be-Bop Deluxe, but also to fans of old-school record production. Many of the conversations centre around Nelson’s creation of the songs, and Leckie’s execution of the bandleader’s vision. Aspects such as striving to keep the spirit of Nelson’s home demos intact, when recording with the band in the studio are discussed. The pair also spend time talking about advancements in amplifiers and recording technology, and the lengths to which they went to achieve certain sounds on Sunburst Finish. After describing one such challenge in the studio and its successful outcome, Leckie notes that the resulting sound can be achieved today using a digital plug-in.

But it’s not all tech talk for gear heads. Nelson also talks about performances on the album, his writing process, and the inspirations behind his songs – many of which come from dreams. He notes, “When we dream it’s like entering another world. The surrealism in dreams fascinates me.” Insights like this give us a little peek into the artist’s soul, and they hint at the creativity behind the album.

Additionally, Nelson and Leckie zero in on a few specific songs on Sunburst Finish, notably, “Sleep That Burns”, “Crystal Gazing”, and “Crying To The Sky”. Of the latter song, Nelson states, “I think the song is really heartfelt, for one thing. And I think they are two of the best guitar solos that I had laid down at that time. They were played from a point if view of emotion, rather than technical flash or anything. They’re raw emotion. And when I hear them, it’s the honesty and directness that I find stands the test of time.”

Though the film is relatively short, and its presentation is simple, it gives context to the reissue of Sunburst Finish. It is a must-see for fans of Be-Bop Deluxe, and a good introduction to those who are discovering this wonderful band for the first time.

Bryan Williston has been involved in music since he was a young child. A veteran singer, songwriter, and music educator, Bryan has enjoyed playing a multitude of musical genres in a variety of outfits, over the years. Bryan lives in Whitby, Ontario.
RELATED ARTICLES
be-bop deluxebill nelsoncrying to the sky
9.0

by Ljubinko Zivkovic on December 6, 2019
Be-Bop Deluxe Modern Music (Limited Edition Deluxe Box Set) Esoteric From hero to zero and back again, yet just another of those standard rock stories. [...]
9.0

by Michael Mitchell on May 31, 2019
Be-Bop Deluxe Futurama (Limited Edition Deluxe Box Set) Esoteric It’s always a happy time when anything new by Bill Nelson comes out. He has been releasing [...]
9.0