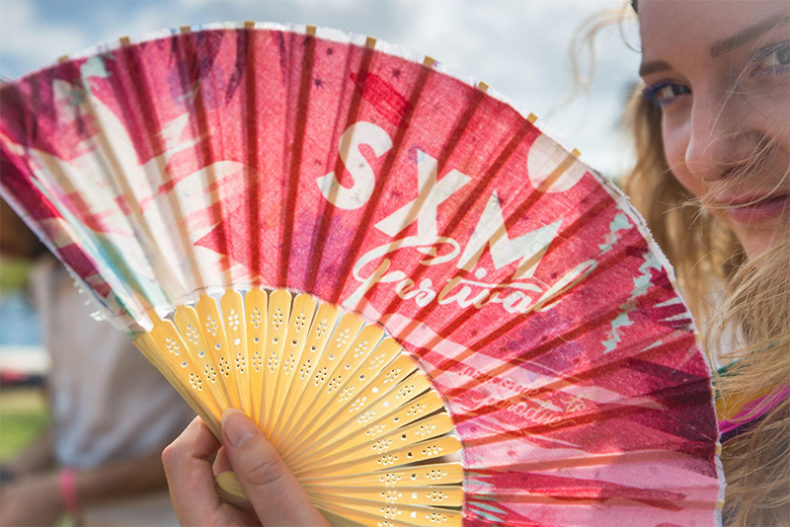 SXM Festival is a beautiful electronic music festival that leaves you transfixed. Carefully thought out, it is a boutique experience that remains open and friendly and music-focused. This year, the epic 12-hour day parties were moved to the secluded, natural oasis of St. Martin’s Happy Bay – a fitting name given the beaming electronic music fans dancing on the surrounding white sands. Unlike last year’s Orient Beach, Happy Bay hosted two stages for 2017 with ample shaded shelter and cozy bohemian seating, along with adorable boutiques selling Burning Man and Ibizan wares and gems. A selection of fresh fruit juices and delicious island cuisine were also available. The Rum Tings hut was not to be missed. 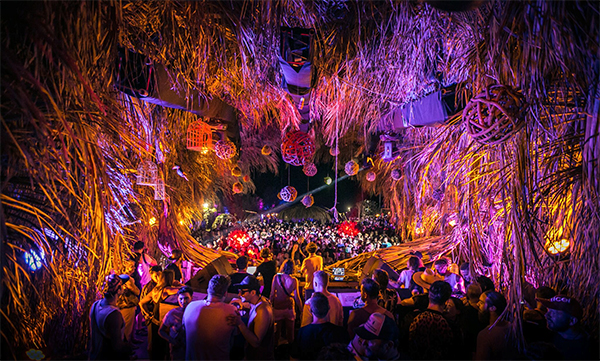 This year also served up SXM Festival creator Julian Prince’s initial vision of 24 hours of non-stop music, starting and ending at Happy Bay, sprinkled with extended sets at Dutch night clubs, day parties at the artistically chic Hotel Mercure, and a quickly-sold-out boat party (I anticipate more to come next year). There were also four days of sunrise parties at Layla’s Beach and Happy Bay.

The 90% reclaimed-material set designs surpassed last year 100-fold, complete with two giant-sized iguana statues, woven from dried palm leaves that hugged the front of main stage. A glowing crystal ball, held by two mysterious hands hovered between them.  To the left, a massive stone face, reminiscent of a mystical shaman or dance God watched over the dancefloor. The face transformed at night into a cascade of mesmerizing visuals. It felt as though SXM Festival’s highly anticipated second year delivered Prince’s dream to create an intimate, tropical Burning Man meets old school Ibiza vibe, sans the art cars and barter.

“This festival is only going to continue to evolve – artistically and musically. I want to show off this beautiful island and share it with everyone,” Prince told me over Jamie Jones’ brilliant closing set on Saturday night. Prince’s infectious smile was shared by Toronto co-organizers, Joel Smyes and Stephan Filion (CODA and Electric Island), who confirmed the intimacy and quality of SXM Festival will continue.

“SXM Festival 2017 unfolded to be one of the most satisfying projects I’ve had the pleasure to work on,” Smye says. “The island experience is challenging but ultimately proved to offer the unique moments and memories that only add to the festival magic we’re trying to create. I’m really looking forward to feeding off of this year’s energy and getting to work on an even more outrageous 3rd year in 2018!” 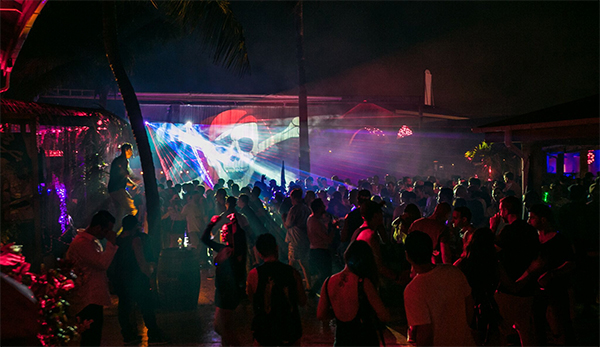 A dazzling array of 100 DJs played in eight breathtaking venues across the island, delivering 24 hours of unbelievably curated underground extended 2-3 hour sets designed to allow DJs to tell a story with music. Festival-goers had a difficult choice of choosing where to be when. Talk about a damn good problem!

On Saturday, I was privy enough to enjoy Blond:ish and Thugfucker’s banging sets at the VIP Villa pool party, where dancers frolicked in a wading pool with unicorn floaties, a fountain, grotto and water slide. Others lingered on the grass in front of the warm-watered infinity pool overlooking Baie Rouge. This was the sunset of the week for me.

The festival concluded with another infamous Lee Burridge Sunrise Session at Happy Bay, where early birds danced in sun showers with legendary Lee joining them on the beach as a rainbow came out. Sunday culminated in the final Happy Bay closing party headlined by Ricardo Villalobos and Ritchie Hawtin on his new Model 1 mixer. 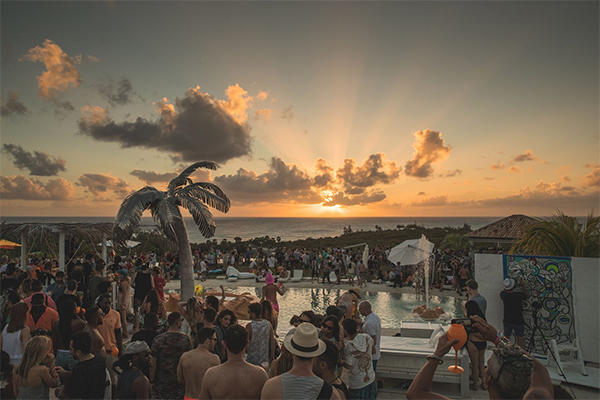 While not party-going, I was lucky enough to revisit the lush Loterie Farm, which hosted last year’s VIP party. The Farm’s cascading infinity fresh-water pools and verdant nature offered a quiet decompression. I also highly recommend an afternoon trip to Pinel Island to snorkel and dine if you don’t make the boat party. Best bet is to charter your own catamaran and bring a few DJs to enjoy the neighbouring islands of Anguilla, St. Barth’s Pinel and Tintamarre. The mouth-watering French and creole cuisine, along with the infamous Dutch Guavaberry Coladas, is a delicious pick-me-up that is unique to SXM Island.

The fact that SXM Festival has a strong Canadian presence is noteworthy. Besides Hawtin and the bulk of the organizing team, Canadian talent Blond:ish, Bob Moses, John Acquaviva, Nitin, Mighty Kat, My Favourite Robot, Headnodders and Toronto’s own Borzoo, Simon Jain, Jonathan Rosa, Nature of Music and Night Vision commanded many decks.

Stay tuned for 2018’s dates by joining the SXM Festival social media pages. Guaranteed it will sell out as word is travelling FAST and almost everyone I know who attended this year will be back next year, as well as all those who have sat the past two years out. You won’t regret it. If you want impeccably curated underground electronic music in an intimate and unforgettable tropical setting, SXM Festival is the destination festival to attend.

Talia Wooldridge is an avid music lover, composer and ethnomusicologist who contributes artist interviews, live concerts, festivals and album reviews for Spill Magazine. She has written extensively on the intersection of music, personal identity and cultural symbolism with an early focus on Latin American Hip Hop and female Cuban rappers. In her spare time, Talia writes, composes music and manages Music Can Heal, a non-profit that brings live, award-winning musicians to inspire healing in hospitals, hospices and communities in need. Her next project is an interactive music-travelogue exploring music cultures and music travel around the globe. Follow her here: www.taliawooldridge.com + www.movetoyourownbeat.com.
RELATED ARTICLES
festivallive review