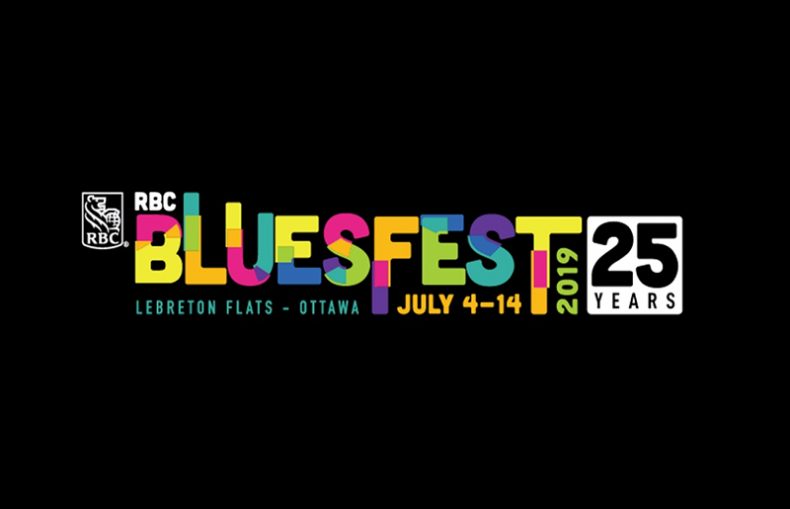 This festival season has really seen its ups and downs with the cancellations of huge festivals like Roxodus and the re-branding of what was Montebello Rockfest, now Montebello Rock not coming back nearly as strong as expected. RBC Bluesfest is a saving grace for many that depended on those festivals to get their summer fix of live music, although there are also many people who were avid Bluesfest-goers that are so disappointed with this year’s lineup that they have completely written off attending whatsoever.

Despite the mixed feelings towards this year’s lineup, the crowds have been lively and the grounds have been pretty packed. The opening weekend was a high-spirited one, with the Glorious Sons headlining the main stage on Saturday night and the Killers on Sunday.

The Glorious Sons had a similar sceptic response since being announced as the headliners for Saturday night. There was talk of them not being experienced enough, not having a large enough fan base, and not having enough material, but that could not have be more wrong. The Glorious Sons have opened for The Stones, both on their European tour, as well as at their only Canadian date last week at Burl’s Creek. With over 45,000 followers on Facebook and several fan groups, the Sons have been selling out major venues in Canada now for several years. Two studio LPs, one EP, and two live LPs provide plenty of original material for them to perform.

When you think about the fact that they opened up for The Rolling Stones just a week before, you wonder where the skepticism was really coming from because any fan of rock ‘n’ roll can’t contest that The Stones would be the best people to hand down the torch to the next generation of rockers and that’s who they chose to open up for them on their only Canadian date at Burl’s Creek. The Glorious Sons have played Bluesfest before, but in a midday slot and on a smaller stage. It’s safe to say that the Kingston natives have cultivated a very strong fan base in the nation’s capital and that many travelled from their hometown to see them as well.

Their hits did not take long for the crowd to sing along to, from hitting the stage with their latest, “Panic Attack”, all the way back to their breakthrough, “Mama”. Moreover, they brought out two songs that shocked and awed the audience – turning Fatboy Slim’s “Praise You” into a rock ‘n’’ roll song with a full set of instruments, and guitarist Chris Koster blowing away expectations with his vocals on a cover of Pat Benatar’s “Love Is A Battlefield” really excelled their set to heights further than their own songs already had.

To put it simply, there’s no chance that anyone who experienced that set will ever doubt their ability to conquer the main stage as a headlining festival act again. We can only hope that vocalist Brett Emmons keeps up with his out of the ordinary style, coming out in a long print jacket and plaid pants, never ceasing to run from side to side for the entirety of the show completely barefoot.

The heat persisted through to Sunday, weather-wise, as well as on the Bluesfest stages. With The Killers in the headlining slot, there was sure to be a big turnout, but let’s not forget that there were some killer acts slotted at other stages at the same time as them. The unfortunate thing about these festivals is that if you pay too much attention to the headliner, you’re going to miss out on some seriously cool stuff. Canadian fiddler Ashley MacIsaac for example absolutely commanded the Bluesville Stage. The Nova Scotia native is well deserving of the headlining slot, and although The Killers are a massive sensation, that did not stop MacIsaac from filling up the Bluesville tent with fans and putting on an amazing energy-fueled set filled with sounds that will have you wondering if your heartstrings are the ones he is taking the fiddle to. On the other side of the fest, at the Videotron stage, was Keys N Krates, who also pulled in a huge crowd – the majority of the younger crowd was definitely over at that on Sunday night.

At the City Stage, The Psychedelic Furs, who likely had a large influence on The Killers as a group whether consciously or not, as you can hear a pretty distinct similarity in their sound, played the set prior to the headliners. Yet another example of the torch being passed down. The Furs put on an outstanding set with a vibe to match their name, with vocalist Richard Butler waving his hands around in the air throughout the set in countless different ways, almost as if he was conducting the crowd — successfully at that. Warm up act or not, they definitely brought the heat and left the stage warm enough for The Killers to come in and light it on fire.

When The Killers hit the stage, it was as if there was not another sound in the world for the people in attendance to care for. The crowd was engaged from start to finish, from word to word, from song to song. Vocalist Brendan Flowers has quite the stage presence and a distinct way with his words, in song or out. He exclaimed to patrons after getting them hyped up and into the set, “We are The Killers, so tonight I guess that makes you the victims. Now, we don’t want you to look up at this stage when the show is over and say they got away with it, we want you to look at the stage after the show is done and say those are the sons of bitches who did it!” A truer description could not be used, even by seasoned writers.

For a band that’s been around for as long as The Killers have, now hitting nearly 15 years since their formation in 2003, there is no shortage of hits. They’re also a radio sensation with hits like “Somebody Told Me”, “Mr. Brightside”, and the likes, but they didn’t just blow through those, as many acts would have and they threw in a strategically placed cover as well. Flowers seems to pick out his covers to suit the city that he is performing in and really customizes his set for the crowd that he is trying to please, so the capital city of Canada was treated to a Killers version of Bruce Cockburn’s “Lovers In A Dangerous Time”. One dedicated fan was even pulled up from the front row of the crowd to pick up the drumsticks to play “For Reasons Unknown”. Now there, is a night that he will never forget. That was a night that no one in attendance will forget, for that matter. Be it for the outstanding stage setup, the sparking fire at the back of the stage near the end, the confetti that covered the crowd that was already exploding with energy, or simply getting to hear some of the seminal songs of our generation in a live setting, outdoors in the summertime. No one will think back on that night and think that The Killers got away with anything short of setting a very high bar for the shows to come.

Music makes the worst situations bearable and the best situations even better. I'm just here to share the inside scoop and anything you may have missed, while I establish my own voice in the industry. Born and raised in Ottawa, I never go anywhere without a set of headphones. Live music has been my vice for as long as I can remember and sharing stage side stories is a major bonus.
RELATED ARTICLES
festivalglorious sonskeys n krates