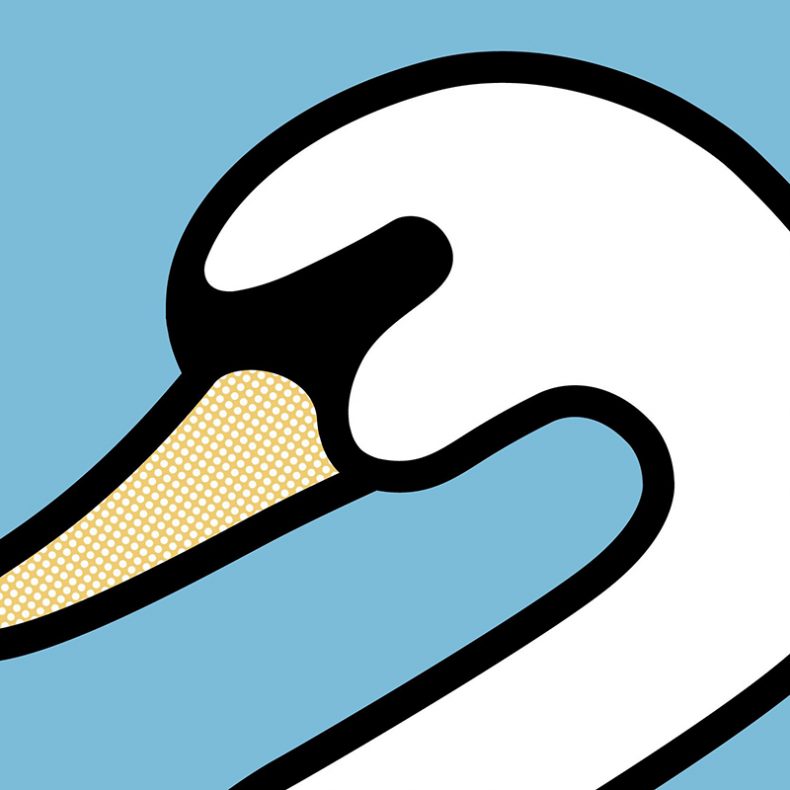 In/future, dubbed “A Festival of Art & Music at Ontario Place,” premiered September 15-25, 2016 at the abandoned Ontario Place grounds. Presented and overseen by Art Spin’s Layne Hinton and Rui Pimenta, in partnership with Small World Music, in/future festival closed out Toronto’s hot and humid summer with thought-provoking films in the beloved white-lit Cinesphere IMAX theatre, award-winning live music from around the globe, DJ sets, and awe-inspiring site-specific art installations and performance art throughout the deserted silos and grounds of Ontario Place. 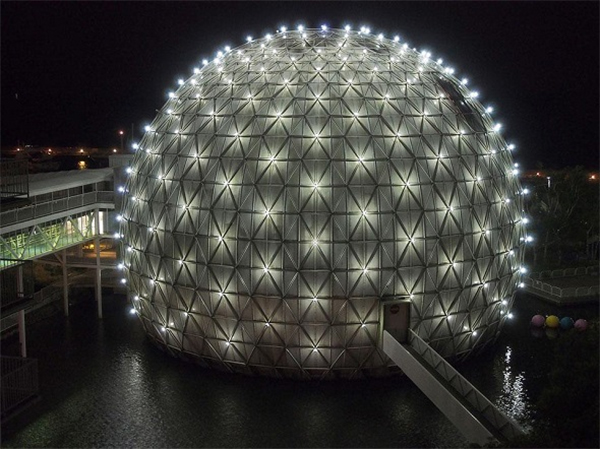 In/future festival gave adults the experience of being a kid again, weaving through the educational mazes and Ontario Place grounds and architecture of yesteryear but with modern-day gourmet food trucks and adult refreshments, including sponsor Staropramen beer. Attendees marveled at Governor General Award-winning artist, Max Dean’s creepy re-use of the abandoned Wilderness Adventure Ride, where rickety ramps for the derelict log ride and emptied waterways (now just gravel and amazingly maintained faux-rocks), revived the original tacky mannequin miners and loggers, along with a robotic moose. These familiar log-ride remnants were eerily re-fashioned around an operation table. If you have any of the mannequin heads, please contact the artist, as he will buy them from you! On the other side of the faux cave was Philippe Blanchard’s RGB visual-story-telling installation. The educational weather silos that, save for the ice room, have been completely redone with site-specific art installations by various artists included mesmerizing projects by a slew of artists. My favorites were Ed Pien’s haunting projection of a woman placing boxes amidst hanging cellophane houses surrounded by a spiral cutout of cellophane. From this dark room, the exquisite red and yellow forest tape installation by Gareth Lichty made an impressive impact. 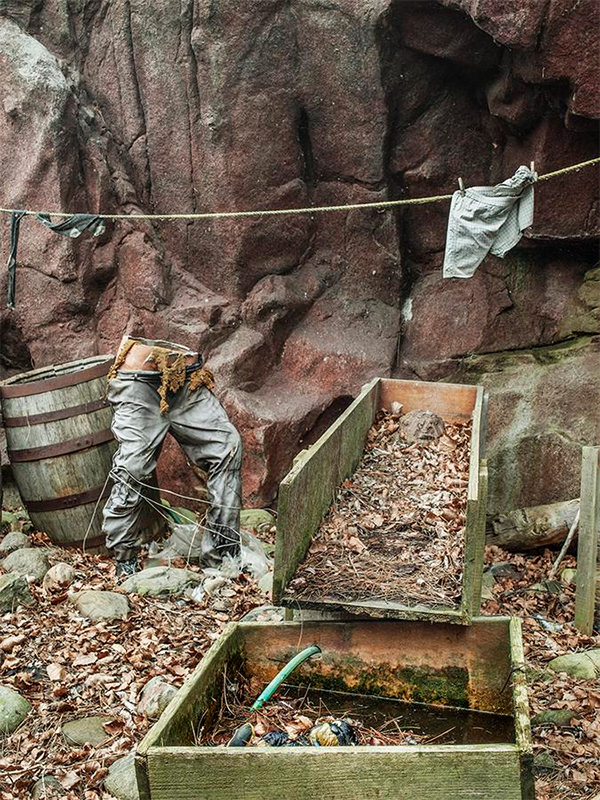 By the Small World Music Stage, additional art installations by numerous artists, including Hazel Meyer, David Clark and Caroline Doherty framed the stage and gift shop/information booth of the festival. Walking around the grounds I encountered natural and large cuckoo-cuckoo clocks, Michael Simon’s three-story Piece Tower, featuring tents and camping gear, and an original performance art piece by Mary Coble, who climbed the Cinesphere at nightfall sending a message with Morse-code from the top of the round structure. Coble’s interactive creation was presented by FADO Performance Art. Additional art installations, including a sparkle booth, roving 1971 Cadillac project, Swan Boat Residency and Vuk Dragojevic’s project of yellow legs diving into the water delighted those passing by Ben Watt-Meyer’s rubble pile and original Japanese Bell monument, among others. Inside the Cinesphere, a non-stop rotation of films, presented by Air France, featured numerous old and new film projects. A few highlights included six original IMAX films from the 1970s and 1980s, including festival favourite, North of Superior, as well as work by John Oswald and various presentations by MUTEK. 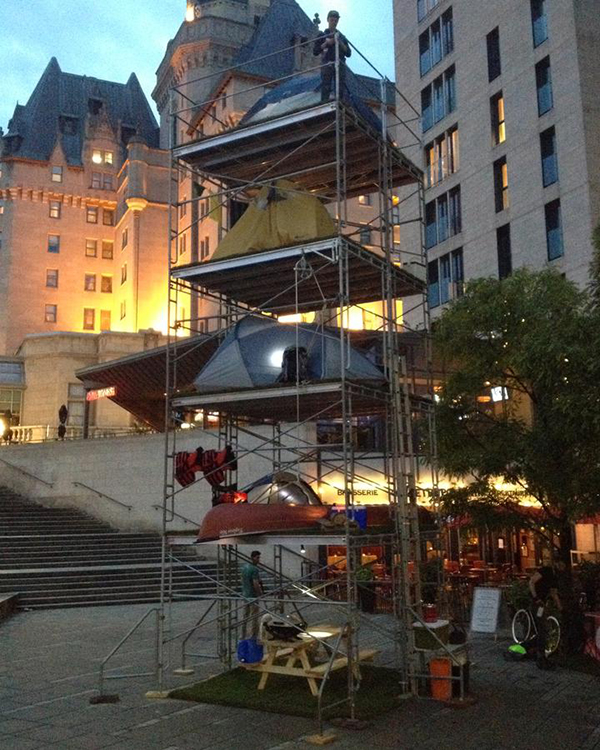 Dusk brought crowds to the Breaker Point where Faye Mullen’s beautiful and surreal silver creature crawled elegantly along the rock wall, reflecting the brilliant pinks and reds of the sunset. Around the corner at the West Channel Alex Beriault’s floating white wall water-stage brought a pounding performance. To the south, a bonfire on the beach helped people to warm up the cooler final three nights and enjoy more performance artists. 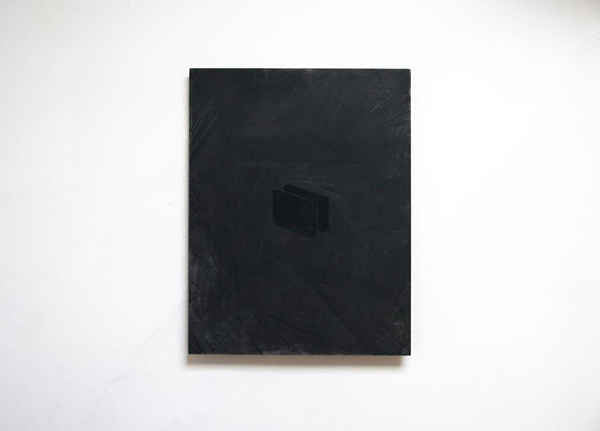 The dazzling sensory experience of in/future festival heralds a new beginning of Toronto’s beloved Ontario Place grounds, which are slated for demolition in the not-so-distant future. Given the usual delays of construction projects, it is fair to say that all attendees, organizers and artists hope that this is the first of many in/future festivals to come. Sign up to stay in touch on the festival socials and website below!

Talia Wooldridge is an avid music lover, composer and ethnomusicologist who contributes artist interviews, live concerts, festivals and album reviews for Spill Magazine. She has written extensively on the intersection of music, personal identity and cultural symbolism with an early focus on Latin American Hip Hop and female Cuban rappers. In her spare time, Talia writes, composes music and manages Music Can Heal, a non-profit that brings live, award-winning musicians to inspire healing in hospitals, hospices and communities in need. Her next project is an interactive music-travelogue exploring music cultures and music travel around the globe. Follow her here: www.taliawooldridge.com + www.movetoyourownbeat.com.
RELATED ARTICLES
festivallive reviewtoronto