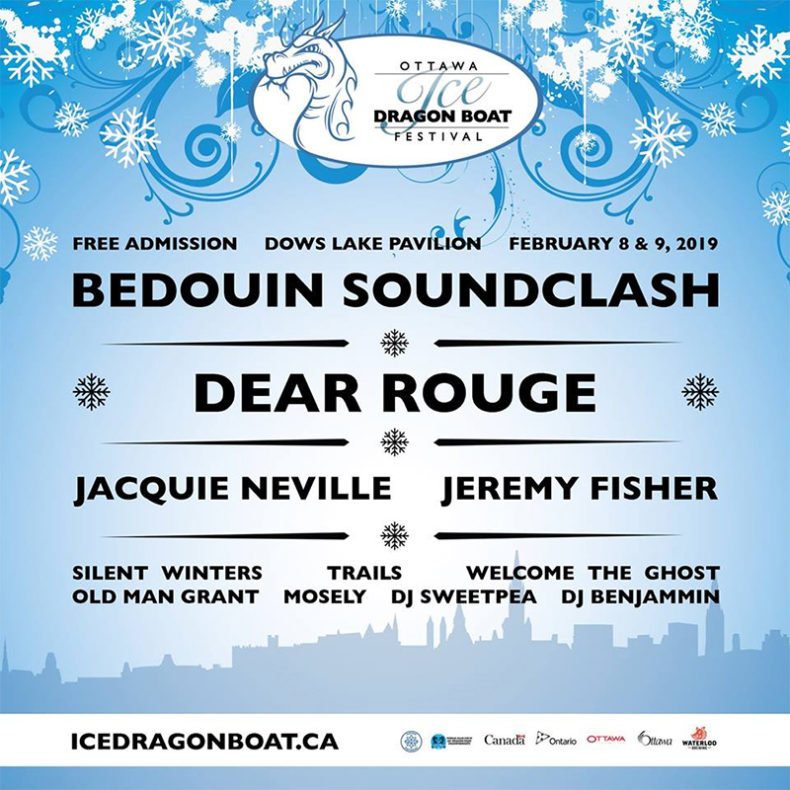 Set on the historic Rideau Canal Skateway, Ottawa’s Ice Dragon Boat Festival opened on February 8. Despite sub-zero temperatures and record-breaking wind gusts, it was a well-attended weekend of team racing and winter activities. Each day of the festival concluded with free concerts in the Dows Lake Pavilion from Canadian headliners Dear Rouge and Bedouin Soundclash, as well as local acts including Jacquie Neville and Jeremy Fisher. Does it get more Canadian than that?

Ottawa welcomed Neville with open arms for her first performance in the city since November, when she opened for Fast Romantics. Once again, I was wowed by her interesting, almost birdlike vocals, which are looping and powerfully high. This artist is recommended for listeners who appreciate extremely relatable lyrics; topics include temporary jobs, falling in love, and (on her soon-to-be-released second single, “Sensitive”) PMS. Her first single, “Lead the Way”, is currently available on Spotify and “Sensitive” will be out in March.

After festival-goers had spent all day outside in the frigid Canadian cold, Bedouin Soundclash’s reggae and ska warmed them up, and they seemingly forgot about the harsh weather as they danced to classic tracks such as “Mountain Top” and “When the Night Feels my Song”. The venue reminded the band of earlier days performing at open mic nights, and feeling nostalgic, it covered a variety of songs including “Stand by Me” by Ben E. King, “Pressure Drop” by The Maytals, and “Cupid” by Sam Cooke. For the original songs, Bedouin Soundclash mostly drew from its 2000s discography but also played “Holy”, released in 2018. The band will soon be embarking on a tour with New Orleans’ Preservation Hall Jazz Band. 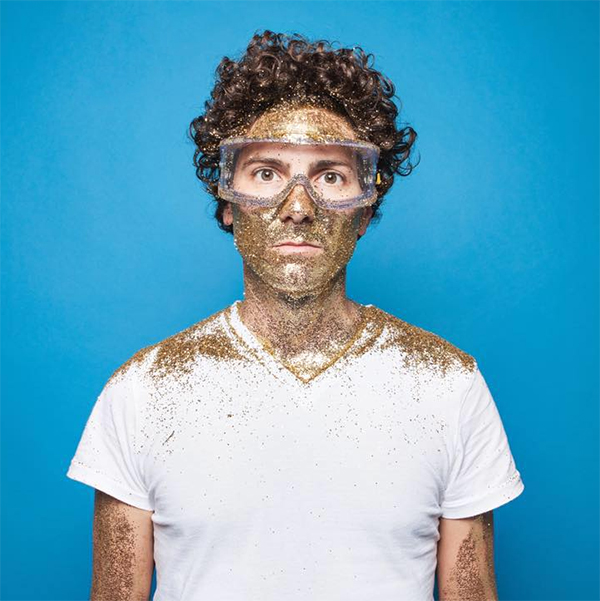 Ottawa-based folk artist Jeremy Fisher is an excellent storyteller. As he performed, he shared tales from his life; most notably, he recounted three bike trips across the country, which led to the track “Plenty of Time”. His relatable stories increased his likeability, and the crowd laughed along with him. He shared his recent experiences with fatherhood, the inspiration for his first children’s album, Highway to Spell. For that matter, his entire performance felt very family-friendly; he avoided profanities (using “mother truckin’” as a substitute) and encouraged children to join him on stage (unfortunately, to no avail). Overall, I have a soft spot for happy folk and all varieties of harmonica, and I enjoyed his Bob Dylan-meets-The Wiggles vibe. 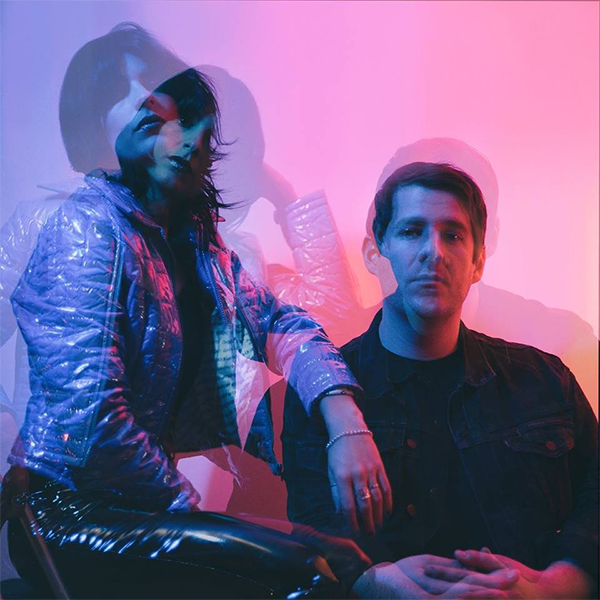 Alt-rock band Dear Rouge has a soft spot for Ottawa and Live 88.5 FM, an event sponsor. The band credits the station for the exposure that kickstarted its career. Lead singer Danielle McTaggart showed her appreciation for the festival crowd and emphasized the importance of being in the moment. The sentiment was actively reciprocated, as the audience clapped and danced along to tracks like “Boys and Blondes” and “Tongues”. The band’s presence is unbeatable. Expect commanding vocals à la Emily Haines/Hayley Williams, retro keys, and guitar breakdowns. Dear Rogue feels its music in its core in live performances, and so does the audience. For readers who need Valentine’s Day plans, Dear Rogue is playing at the Richmond Hill for Performing Arts on February 14.

The Spill Magazine is a Toronto-based online publication dedicated to covering the independent music scene with a strong focus on our thriving hometown talent. Our writers bring you up-to-date news, in-depth features on musicians and reviews for the latest CD releases. We also travel to the front lines for all local festivals including Canadian Music Week and North by Northeast. Don’t forget to check out our Facebook and Twitter pages for all daily Spill updates.
RELATED ARTICLES
bedouin soundclashdear rougefestival
7.0

by Norman Darwen on October 4, 2019
Bedouin Soundclash Mass Easy Star/Mr. Bongo/Sony Canada Jay Malinowski and Eon Sinclair are back with the first Bedouin Soundclash album since 2010’s Light The Horizon. I’m not going to say [...]