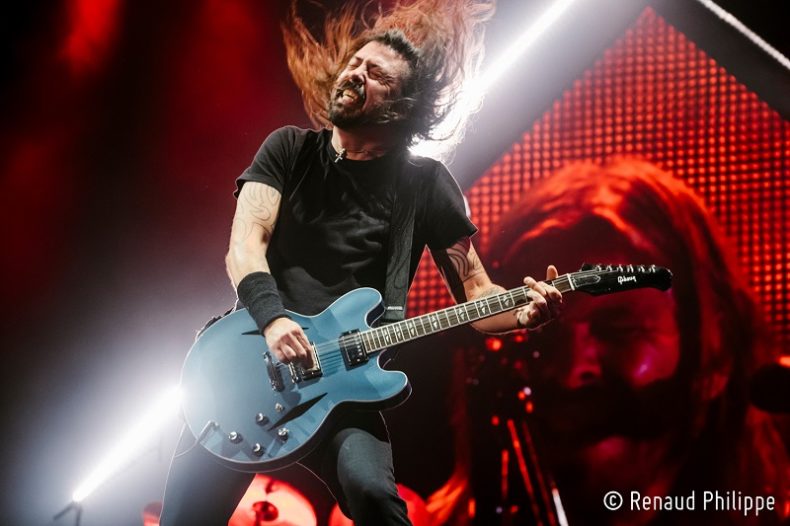 Frank Turner and the Sleeping Souls

Frank Turner and the Sleeping Souls had some pretty big shoes to fill. As the first opening act for one of the most anticipated concerts of this year’s festival, (the return of the Foo Fighters, three years after their last FEQ performance was cut short by a rain storm), the charming lads were able to fill those shoes, treating the audience to an energetic and lively performance.

Frank Turner is a very engaging performer. With a wonderful sense of humour, he is clearly a crowd charmer. The band, all dressed in uniform, with black jeans and ties, and white dress shirts, began their set with “Oh Brother”. The charming Brit won the audience over, addressing them in French a number of times, and having actually translated one of his songs into French and performing it for the audience.

Clearly a showman, he challenged the audience to sit down and jump up and down during one of the numbers, and had them dancing on several occasions. He then proceeded to crowd surf with his microphone for several minutes, and shook hands with people from the stage at other times.

“Everyone came here to see us, didn’t they?” he teased the audience at one point. Though that statement was clearly tongue in cheek, Frank Turner and the Sleeping Souls definitely delivered a wonderful performance, and made a lot of new fans tonight with their energetic and satisfying set. A job well done. 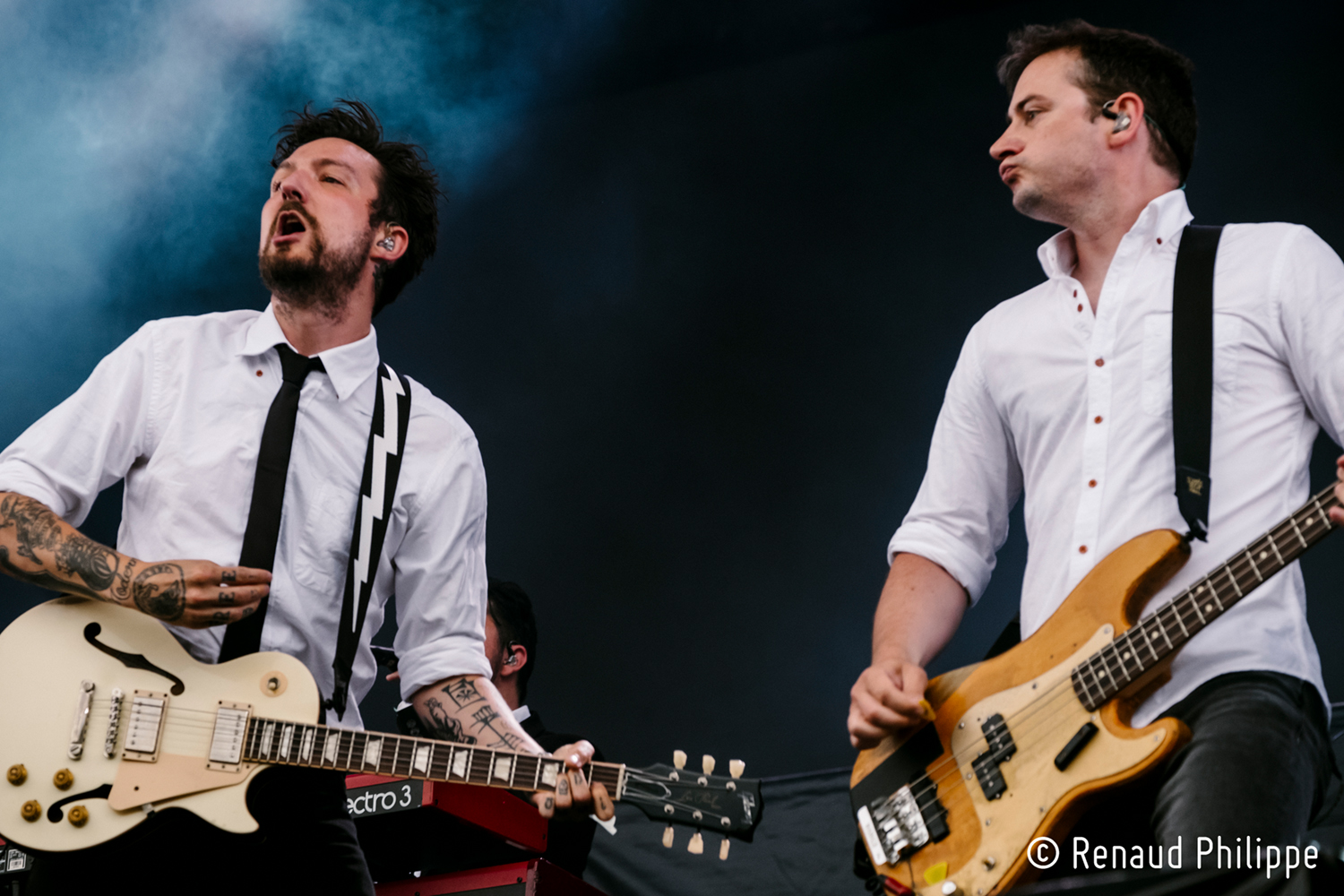 It is good to know the music that made us feel good as a kid can still have a place today. The kids are out here tonight, and so are the parents. This is a band that appeals to many generations. It’s no secret that the boys from Michigan are big fans of Classic Rock and Led Zeppelin, but Greta Van Fleet is a band all on their own.

The band quietly made their way onto the stage as the rain began to fall. As “Highway Tune” kicks in, we see brothers Jake Kiszka (guitar) and Sam Kiszka (bass) marching to the beat in a galloping style. Josh Kiszka, lead vocalist, comes out in ’60’s hippie crossover regalia, which included a kurta, complete with a leather stringed headband, and with a feather on each end tucked under the ears. Sixties and seventies fashion abounds, setting the early Zeppelin mood.

The rain has come and gone throughout the show, but is getting more intense as we get past the first half. The audience who are unfamiliar with the band, are waiting for Foo Fighters and hope the rain eases up. They are clearly won over by the boys, and tonight they gain many new fans.

The songs run into each other quickly leaving little to no room for chatter. Sometimes it feels like things are getting rushed in an over-rehearsed production.

There are a lot of rightful comparisons made to Led Zeppelin. I personally think they sound more like Fastway, an ’80s metal band that went through the same Zeppelin comparison.

The resurgence of rock ‘n’ roll has been very kind to Greta Van Fleet. They do not take chances, but they are the real deal. 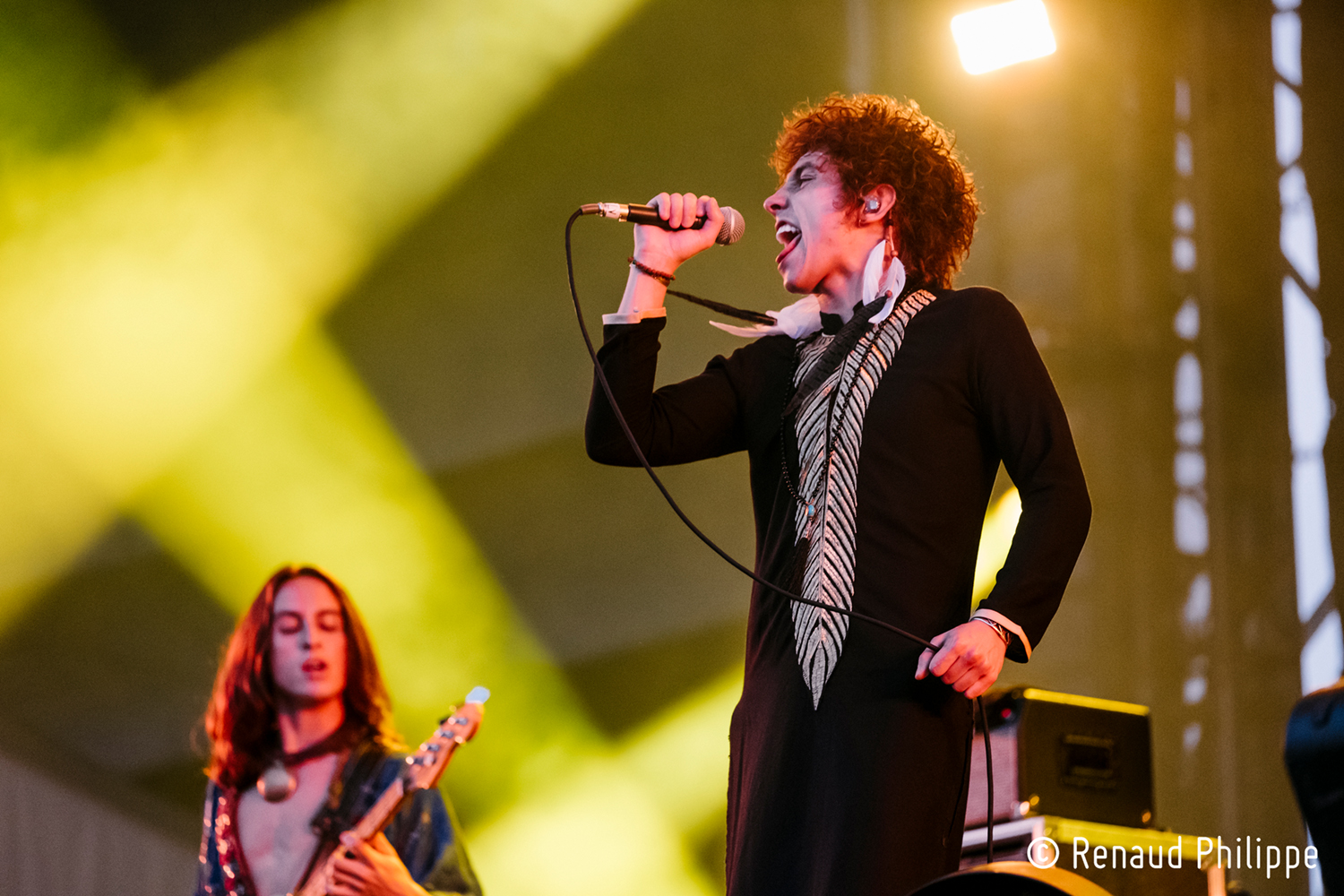 It was almost three years ago to the day that Foo Fighters were forced to cancel their performance at the Festival d’Été de Québec after just four songs due to a thunderstorm. The afternoon and early evening were equally threatening this time around, and it looked like history might in fact repeat itself – the opening set of Greta Van Fleet was accompanied by a downpour that managed to soak the audience to the bone. In the break between sets however, the skies cleared, and Foo Fighters managed to make good on their promise, and deliver to Québec the show of a lifetime, one that concert goers here will clearly never forget.

“ARE YOU READY? ARE YOU FUCKING READY??!!” screamed Dave Grohl as he walked up to the mic before breaking into a blistering rendition of “All My Life”, “Learn To Fly”, and “Pretender”. (Remember that old Maxell cassette tapes ad from the ’70s? The guy sitting in the armchair with the music blowing his hair and tie straight back from the speaker? Yeah, that’s what it felt like!)

Though Grohl is clearly the leader of the band, the chemistry between him and drummer Taylor Hawkins is clearly undeniable, nor is Grohl afraid of giving up the spotlight to him, or to any other member of the band, in fact. After the first few songs, each and every member was allowed to lead a number themselves, not of a Foo Fighters song, but of a cover that highlighted their own instrument.

First up to the mic was guitarist Chris Shiflett, leading the band (on guitar AND vocals) in a cover of Alice Cooper’s “Under My Wheels”. “I should let him do it every fucking night”, declared Grohl. Next up, bass player Nate Mendel led the band in Queen cover “Another One Bites the Dust”, while Hawkins took over vocals. Keyboard player Rami Jaffe was up next, leading the band with the keyboard track to John Lennon’s “Imagine”, while Grohl reclaimed the microphone to sing the lyrics to Van Halen’s “Jump” to complete the mash-up, and the end result was superb. Guitarist Pat Smear (also of punk band Germs) came to the front of the stage to lead the band in The Ramones’ “Blitzkrieg Bop”, which had even the youngest fans in the audience bopping up and down.

The audience then appeared to spontaneoulsy break out into québecois sports anthem “Olé Olé Olé”, causing the Foos to immediately jump into a musical accompaniment, much to the audience’s delight. The band continued their synergistic onstage banter, with Hawkins taunting the audience with his characteristic “Hey O” in call and response.

The last number of the carousel of covers had Dave Grohl on drums and Hawkins once again on lead vocals, charging through the Queen/Bowie hit “Under Pressure”.

“How many of you were here last time?” asked Grohl. “So you remember what happened last time? I had a broken leg and couldn’t fucking walk – that’s what happened! From where I was standing I could see all you beautiful people and then I saw lightning! BUT TONIGHT WE ARE NOT GONNA FUCKING STOP! We are gonna play something off every fucking record!”

The band then proceeded to blast through the second half of their show while bombarding the audience with such fan favourites as “Monkey Wrench”, “Wheels”, “This Is a Call”, and “Breakout”, before finally thanking the police once again for the time extension, and breaking into last number “Best of You”, before heading backstage. Grohl and Hawkins were still visible on the big screen, as the audience still hadn’t had enough – and clearly they hadn’t either. Taunting the audience from the big screen to be louder, louder still, Grohl held up two fingers (while Hawkins held up three), promising that if the audience could be louder they would deliver two more songs. Louder they were, and Foo Fighters came out to treat us to an encore that included searing versions of “Times Like These” and “Everlong”, wrapping up at exactly midnight.

So determined was Dave Grohl to make good on his promise to repay Québec City for the cancelled show, he personally approached Louis Bellavance, director of programming for the festival, about extending the show past the 11:30 pm time limit. As the contract stipulates that they were to play a minimum hour and a half set, (with the set beginning at 9:20), Foo Fighters were given special permission to extend that time and play until midnight, which is EXACTLY what they did. Grohl would have liked to have played a three hour set, but festival-goers were blessed to have the performance go on as late as it did.

Foo Fighters came to Québec City to repay what they felt was a debt they owed. Tonight, that debt was repaid with interest. The buzz from the audience after the show was clearly that it was one of the best live shows they had ever seen. I have to agree, it was one of the finest performances I have ever seen. What an incredible night, this is one show that will live on forever in the hearts of concert goers here for a lifetime.

Thank you Foo Fighters. You are now Paid in Full. 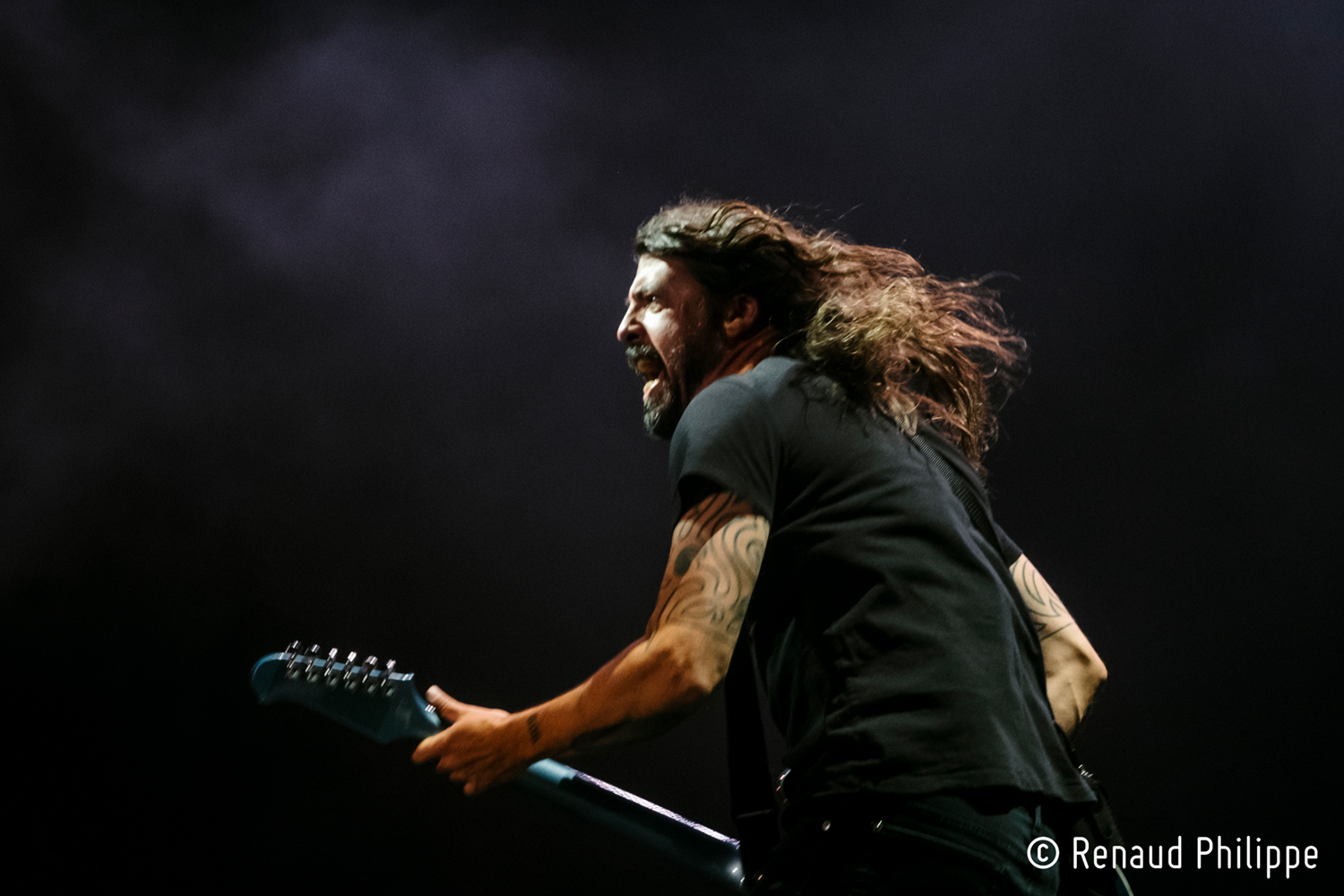 Trish Melanson lives in the Toronto area with her three boys, Nicholas, Justin, and Eric, her dog Jakkson, and her cats Max and Jagger. She is the former host and producer of Canadian Kickass, a weekly two hour radio show on New Jersey's Chestnut Radio, showcasing Canadian Music. She is also a former Web Content Manager of Indie Soundscapes, an online showcase for Independent Music Artists Worldwide, and was a regular music contributor to The Stroumboulopouli. She is a fervent supporter of the Toronto live music scene. In a past life she was a teacher and Vice Principal in Durham Region. She has many more new and exciting projects waiting in the wings. ;)
RELATED ARTICLES
bell stagefeqfestival