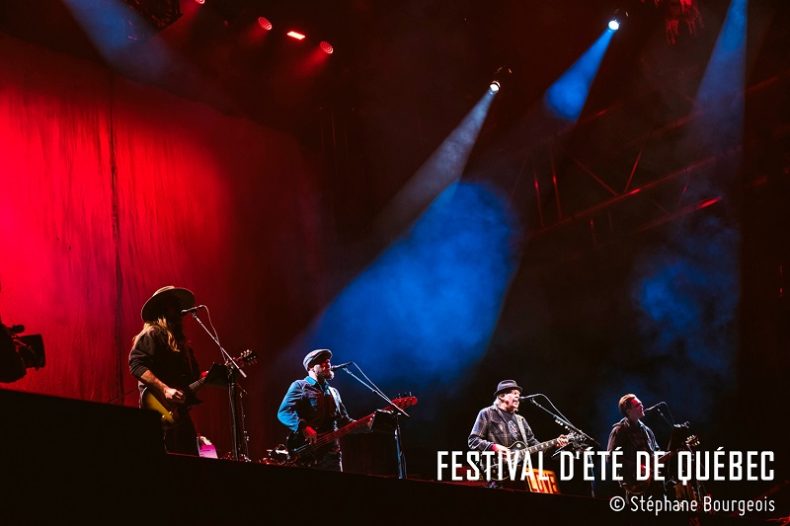 Lukas Nelson and the Promise of the Real

Promise of the Real may be Neil Young’s current backup band, having recorded the past two albums with him, but it was clear tonight that this well oiled machine definitely has a life of its own. Frontman Lukas Nelson is the son of musical legend Willie, and although he has clearly developed a sound of his own, he can “turn on the Willie” at will – an outstanding vocalist, there are moments you could swear his father has just joined him on stage, eliciting an audible roar from the audience. That being said, he has defined himself such that you could never accuse him of riding on his father’s coat tails. Breezing through such audience pleasers as “Die Alone”, “Entirely Different Stars” and “Find Yourself” (which had the audience singing along to “Find yourself before I find somebody else”), the band eventually gave a nod to Paul Simon with a cover of “Diamonds of the Soles of her Shoes”. In spite of the fact that Lukas Nelson is rock royalty (not everyone refers to Neil Young as family), he has remained humble. A great performance and a definite crowd pleaser! 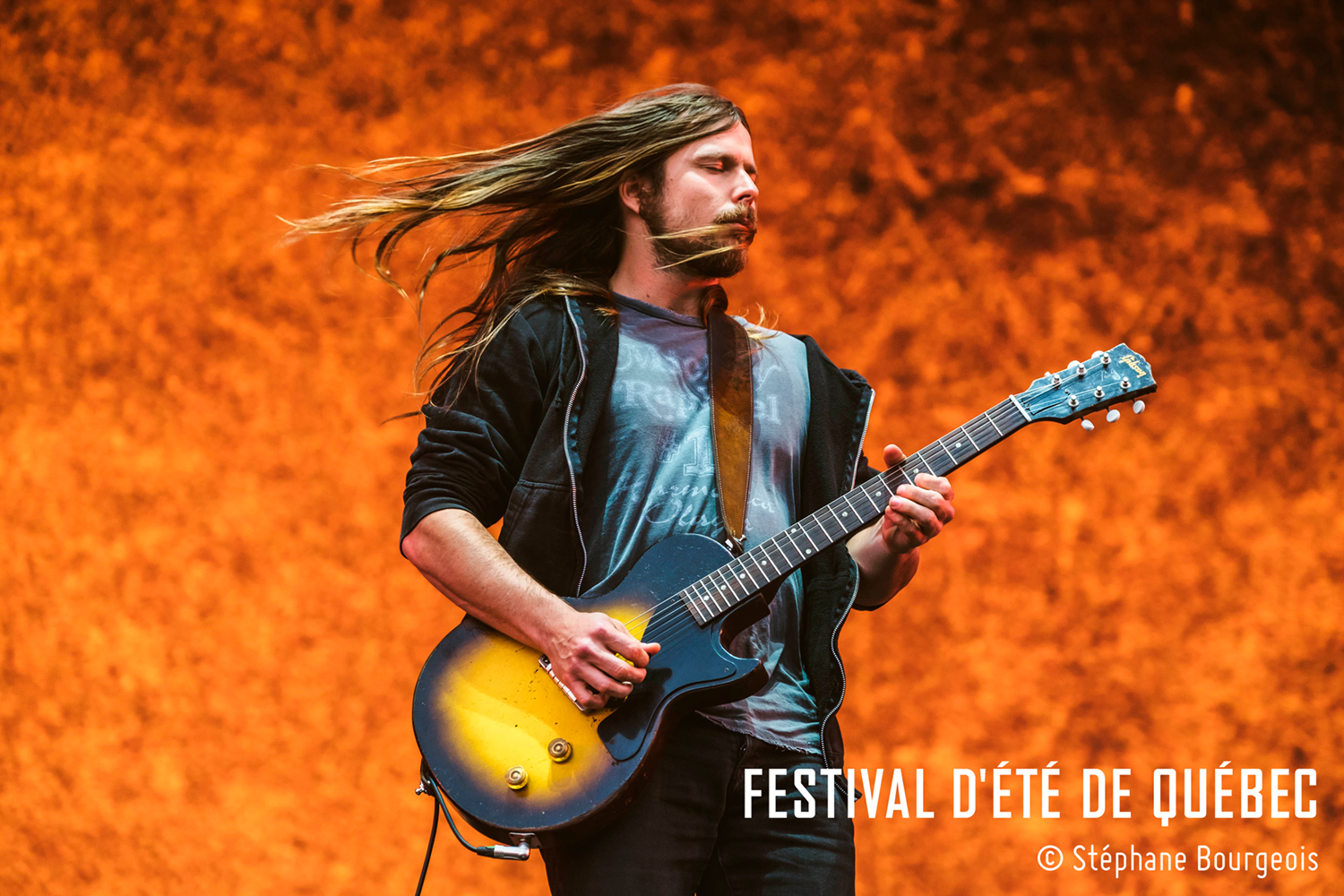 Kurt Vile and the Violators

Hiding behind a curtain of hair rivaled only by your grandmother’s living room curtains, Kurt Vile softly and unassumingly made his way centre stage, cracked open a beer, and quietly began his set. Vile (which is his real name) looks like a cross between Jack White and Rowan Atkinson. There is no flash here, no theatrics. Kurt Vile and the Violators are all about the music, and you best be paying attention. Vile is a brilliant songwriter, and the band is musically tight. Working his way through a revolving carousel of comfortably-worn-in stringed instruments, including acoustic guitar, banjo, and electric guitars (including a well-loved Fender Jaguar that looked like Pete Townshend tried to have a go at it!) the band worked their way through a setlist of tunes predominantly from their last two albums, b’lieve I’m going down and Wakin on a Pretty Daze. “Pretty Pimpin”, their mainstream hit brought the most vivid audience response. Other faves included “Goldtone”, “Puppet to the Man”, and “Girl Called Alex”.

“It’s a fucking honour to be here, with Lukas Nelson and Neil Young”, Vile declared at one point during the set. The former lead guitarist of  The War On Drugs, however, is no debutante himself. With five albums of his own under his belt, his most recent being his collaboration with Courtney Barnett, Lotta Sea Lice, Vile is clearly a force to be reckoned with himself. It was a tough spot to be in, wedged between two sets of Promise of the Real, and of course the legend himself Neil Young, but Kurt Vile and the Violators pulled it off with ease 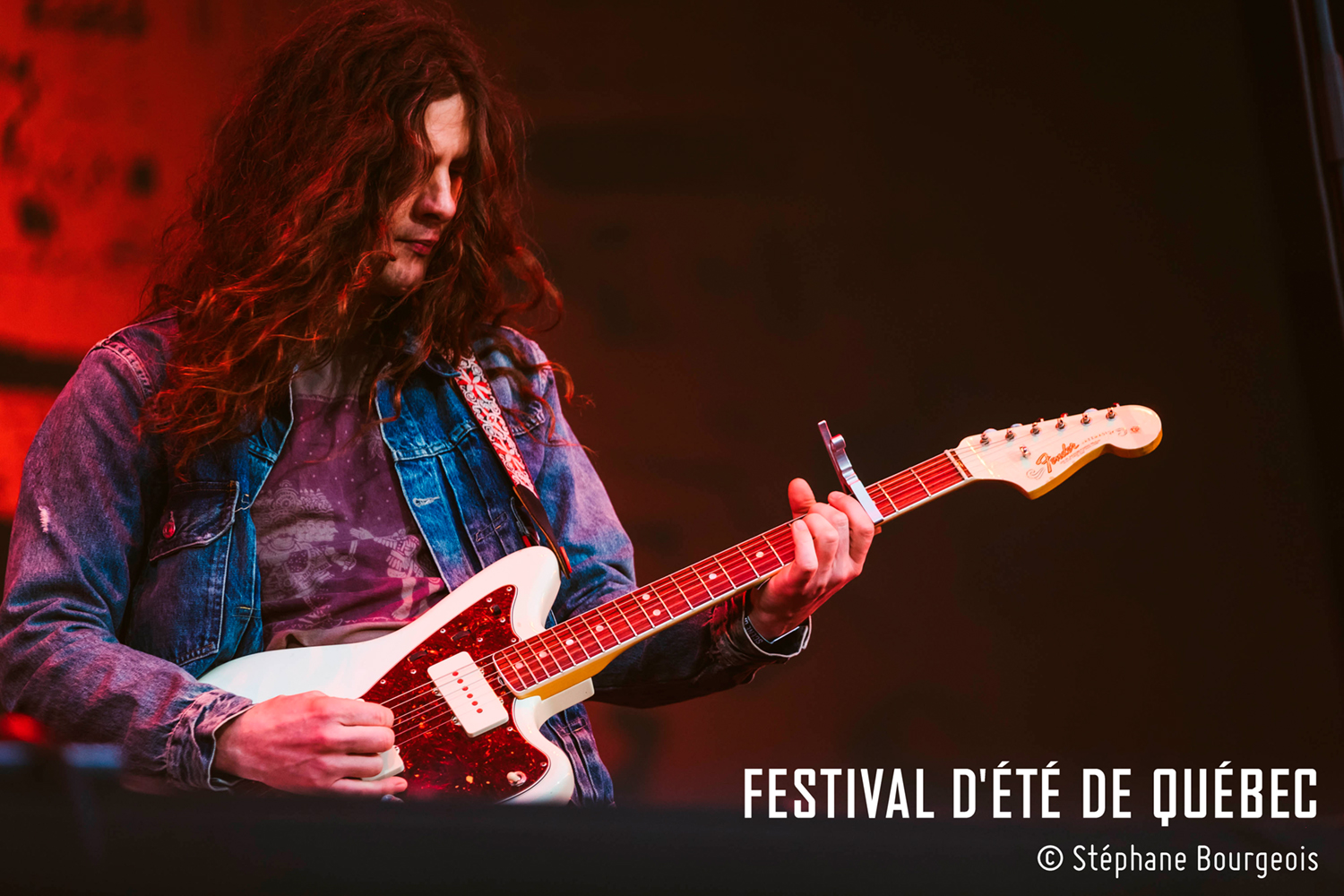 Neil Young walked on stage in a flannel jacket, ready to embrace the elements of a cool evening on the Plains of Abraham, armed with Old Black, his beloved well-worn Gibson. The show starts with a bang as Young pays a visit to 1982’s Trans, with the very deep cut “Like An Inca”.

The audience gets into familiar high gear as we move into 1990 with the uncensored grunge-esque piece “Fuckin’ Up”. “Cortez the Killer” is up next, and succeeded in mesmerizing us with Old Black, three chords, in E minor, for several minutes. “Rockin in the Free World” came next as a surprise out of nowhere. Due to its commercial success, it is a choice nugget usually reserved for later in the show or as an encore, which sent the crowd into a frenzy. An outright political statement was made while introducing the old Buffalo Springfield classic “I Am A Child”, as Neil reminded us that “There are children in cages everywhere”.

It was nice to see the setlist selections and styles change as we step into the softer “Lotta Love”, but the real plot change occured when Young graciously stepped back and turned things over to both Lukas and Micah Nelson (sons of Willie Nelson), each performing lead vocals on a song, Lukas on “Turn Off The News”, (a Lukas Nelson and the Promise of the Real song), and Micah on “The Ocean” (a Practical Kid cover).

The chemistry is clearly evident with the band and everyone is having fun on stage. There is a big chunk of stage clutter — a large piece of bristol board with many words arranged and categorized in point form. This happens to be Young’s setlist selections to choose from, much like a jukebox of his old songs. He shouts out what he wants to play next — he is now choosing “Down By The River”, “Like A Hurricane” and “Hey Hey, My My”.

We are now slowing things down again with the sweet and sensual mid-’90s back to form album Harvest Moon and its title cut. The audience is leaning into each other, swaying back and forth, a sea of harmony. The show looks like it may be finished as Young announces “We’re almost out of time”, but there was time enough to “Roll Another Number”, a nice soft song to send us on our way, and perhaps deliver another underlying message of hope.

Just as Mr Young said in the original version of “Rockin In The Free World”,

“The man of the people said
Keep hope alive
We got fuel to burn
We got roads to drive.”

“Like An Inca”
“Fuckin’ Up”
“Cortez the Killer”
“Rockin’ In The Free World”
“I Am A Child”
“Lotta Love”
“Turn Off The News” (Lukas Nelson and the Promise of the Real)
“The Ocean” (Particle Kid cover, Micah Nelson on vocals)
“Down By The River”
“Like A Hurricane”
“Angry World”
“Hey, Hey, My, My”
“Harvest Moon”
“Roll Another Number” 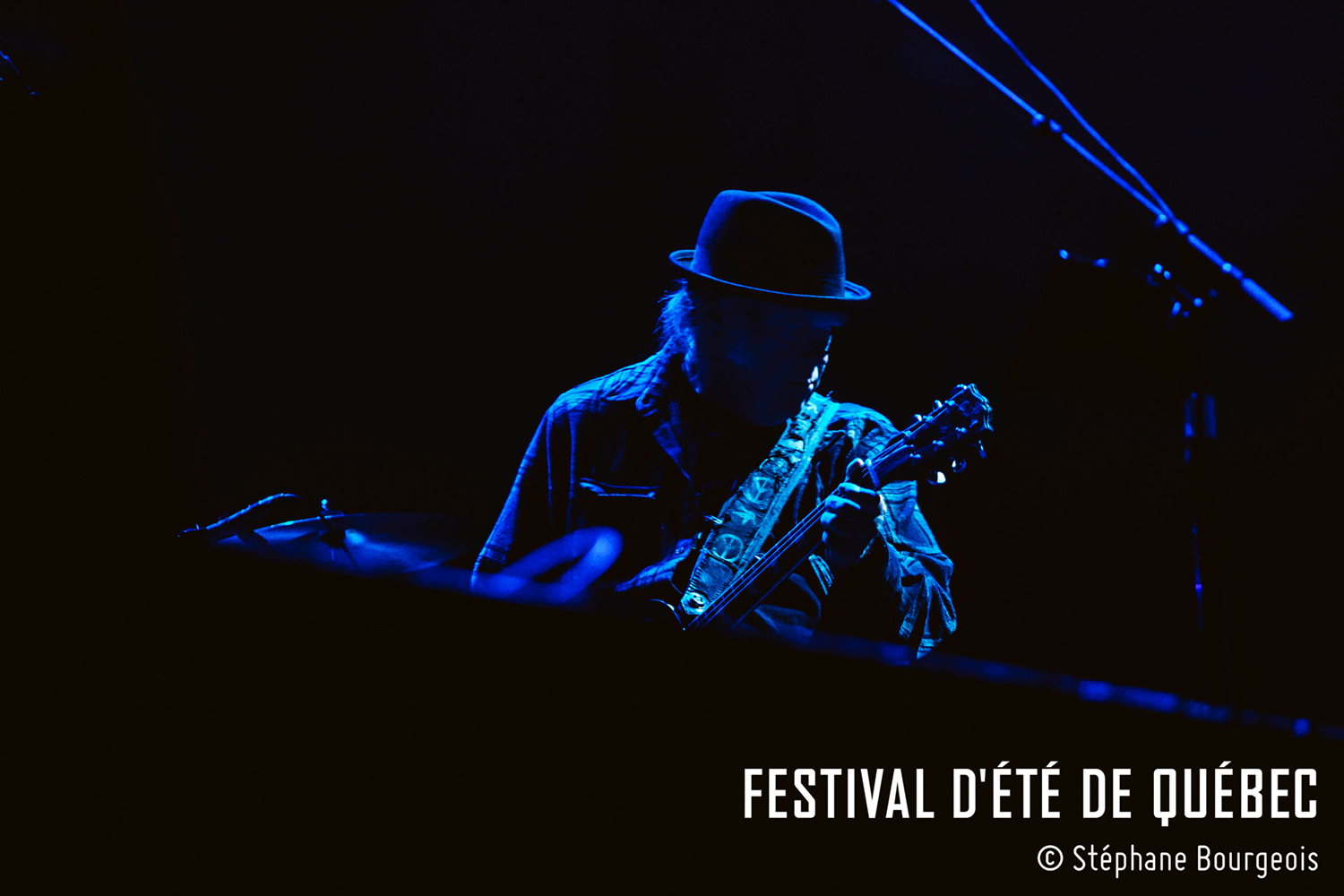 Trish Melanson lives in the Toronto area with her three boys, Nicholas, Justin, and Eric, her dog Jakkson, and her cats Max and Jagger. She is the former host and producer of Canadian Kickass, a weekly two hour radio show on New Jersey's Chestnut Radio, showcasing Canadian Music. She is also a former Web Content Manager of Indie Soundscapes, an online showcase for Independent Music Artists Worldwide, and was a regular music contributor to The Stroumboulopouli. She is a fervent supporter of the Toronto live music scene. In a past life she was a teacher and Vice Principal in Durham Region. She has many more new and exciting projects waiting in the wings. ;)
RELATED ARTICLES
bell stagefestivalfestival d'ete de quebec