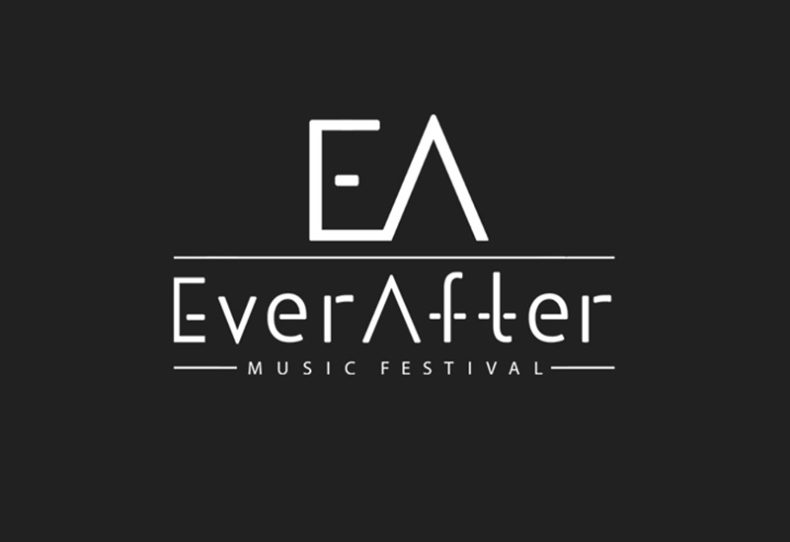 Ever After Music Festival 2017

This weekend was filled with bass, sweat and broken necks at Ever After Music Festival in Kitchener. This year was the festivals third installment, with the past two years having headliners such as Skrillex, Zedd, Diplo, and more. This year, the three day festival welcomed the likes of Excision, Zeds Dead, Bassnectar, and French Montana.

Friday’s show started later than Saturday’s and Sunday’s, and also only featured the main stage (named the Excalibur Stage) and the Ontario stage (run by local DJs and artists). This day was a great start to the weekend, introducing a massive stage design that trumps last years by a landslide. It featured pyrotechnics, fog and smoke, and even confetti cannons. The volume was significantly louder as well, which was needed to suit the bass heavy lineup of all three days. Barely Alive and Black Tiger Sex Machine gave hard-thumping sets that pumped the bass heads up for the one and only Bassnectar. The headlining act gave an incredible performance of different genres, ranging from dubstep, trap, and even some drum and bass.

The second day started off with a bang, with one of the first performances on the main stage featuring Dion Timmer; a 17-year-old dubstep artist from the Netherlands. His set garnered a few thousand people as the audience, even as just the second act of the day. Right afterwards, the stage was occupied by DJs of the Never Say Die record label, including Trampa, Habstrakt, Eptic, Downlink and MUST DIE!. One of the best sets of the day was unanimously Zomboy’s sunset slot, which had the entire audience head banging non stop for a full hour. Security guards even had to tell rows of people to calm down before the front rails broke down , although the second stage (named the Oculus Realm) met that same fate. 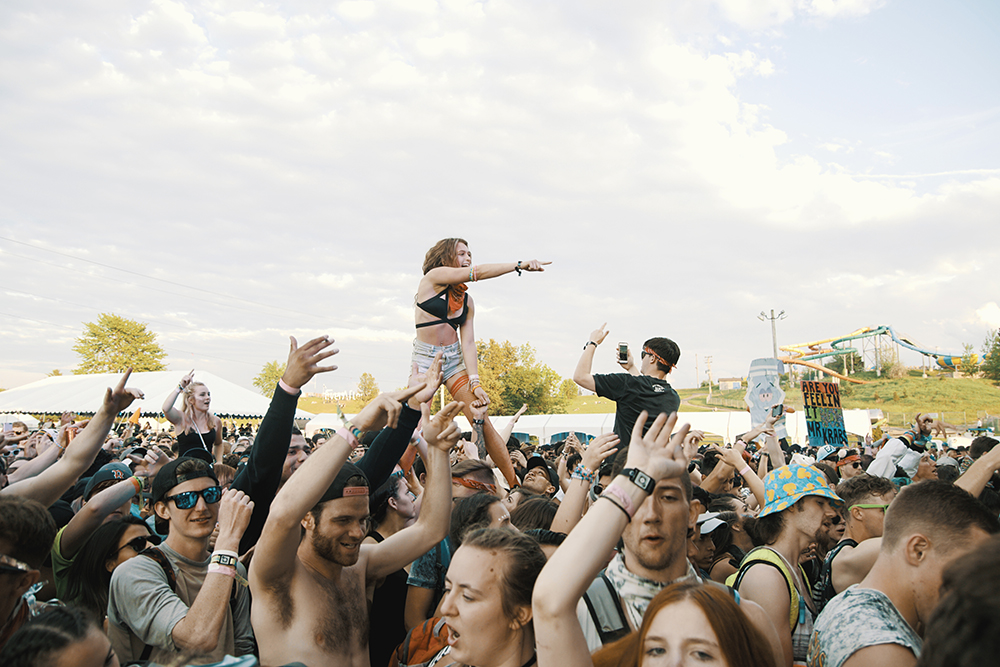 The Oculus Realm welcomed electronic DJs like Crankdat, Sikdope and Troyboi, and even some hip-hop artists and producers like Boi1da and OT Genasis (who didn’t even show up for his slot!). But during heroBust’s set filled with dubstep and trap music, the audience managed to destroy a joint in the railings, rendering some of the front row unable to head bang for the rest of the day. Needless to say, Herobust’s set was absolutely nuts, which was later followed by an energetic, vomit-step hour and a half performance by Snails.

Moving back to the main stage for the headliners, the audience was treated with a rather mediocre set by French Montana, who managed to somehow fit ‘Smells Like Teen Spirit’ somewhere in his set list, as well as bringing out OT Genasis for a few bars. The audience roared for the arrival of Excision, a favourite of bass lovers around the world. His set brought upon mesmerizing visuals, rumbling drops, and even a random five minute stage power failure in the last twenty minutes.

Sunday’s forecast predicted a chance of thunder showers, but instead just brought the occasional overcast sky  mixed with humidity and skin burning sunlight. The day started with solid sets from Waves and Nebbra, but stereotypical frat party sets from Elephante and Lost Kings. Destructo came to the mainstage with the house grooves that had the audience dancing, but was quickly switched up by a rare, back to back, ear melting set from dubstep legends 12th Planet, Funtcase and Cookie Monsta. Ghastly was welcomed right after with a mesh of genres like bass house and dubstep. NGHTMRE took the audience on an eclectic trip of massive drops, throwback songs, and incredibly fast paced mixing. The crowd cheered one last time as the Toronto duo Zeds Dead took to the stage for their headlining slot, playing many tracks off their newest album, as well as some of their classic dubstep tunes. 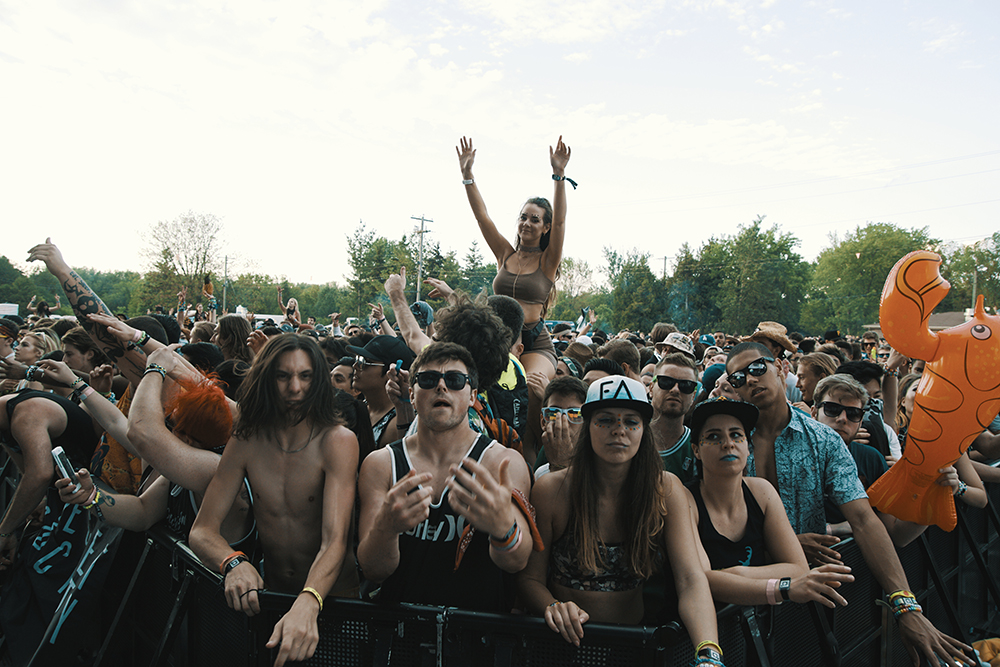 Back at the Oculus Realm, we were treated with house tunes from the likes of Cosella, Dekoze, Weiss, and even crowd favourite Sydney Blu. The audience was well spaced, giving more than enough room for dancing, shuffling and good vibes.

Food options were also great, with food trucks offering Jamaican jerk chicken, tacos, popsicles, fruit smoothies, Greek dishes, and even pizza cones. Lines remained contained, and getting your meals was quite a breeze. Alcohol prices were quite hefty though, which is to be expected from an outdoor summer festival.

Festival goers also had a problem finding water refill stations throughout the weekend. One of the taps, located in a sweet spot between all three stages, was turned off sometime around 4pm, leaving many to scatter and find the other sources. One main source was located deep into the woods relatively far from the stages, which ended up being a mud pit. Although, the walk let people explore more of the festival, which included inflatable castles, play pits, carnival games, and rides for those that were seeking a fun break from the music.

Overall, the 2017 Ever After Music Festival was a success. The crowed stayed energetic and gleeful for all three days, which luckily enough had consistently good weather. Music was loud, stage visuals were bright, and artists gave the audiences exactly what they paid for. This festival continues to grow larger and larger every year, becoming a go to for Canadian bass lovers. It will be exciting to see what the Beyond Oz team brings in the years to come.

Justin is a videographer, photographer and filmmaker from Niagara Falls, currently studying Film Studies at Ryerson University. With a passion for electronic music and the art of film, he combines the two together to bring the life of a concert and festival to your screen through visual mediums and live reviews.
RELATED ARTICLES
bassnectarever after music festivalexcision

by Chris X on June 29, 2015
Bassnectar Into The Sun Amorphous Music Bringing back the bass in Bassnectar! Dubstep, like most genres, is an acquired taste, and can become repetitive with the usual “build up then bass [...]
4.0