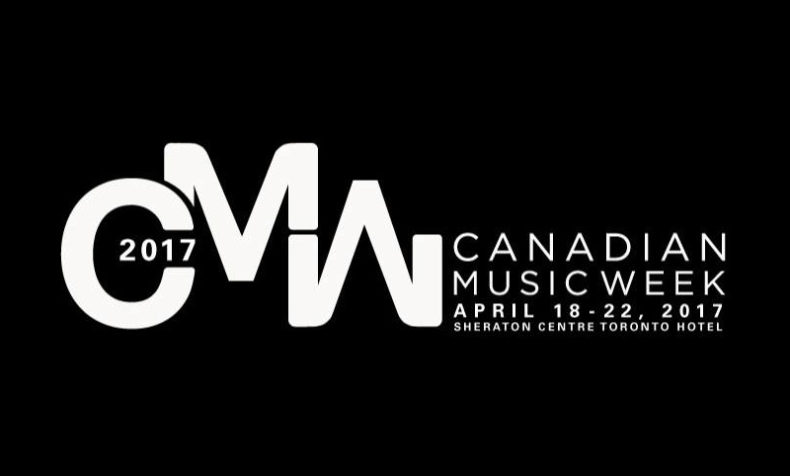 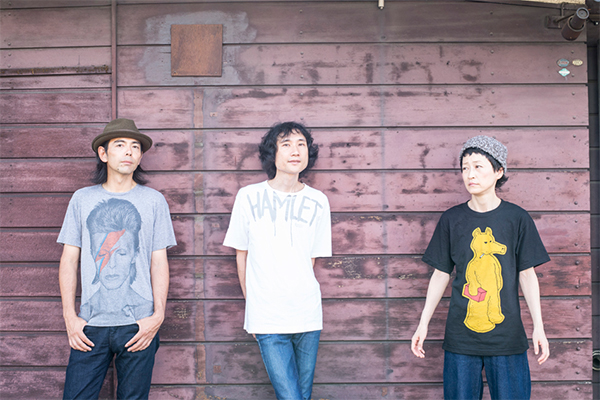 On Tuesday, April 18, Canadian Music Week (CMW) launched its annual celebrations with several concerts happening all over Toronto — the night at The Silver Dollar being one of these events. Since 2009, CMW has showcased new and upcoming acts through the five-day-long music festival, which aims to provide the grounds for bands to be recognized by international representatives in the music industry. It is not necessarily focused on supporting Canadian bands, but provides a platform for bands that Canadian promoters deem worthy of attention. The first night of CMW at The Silver Dollar hosted Japanese bands Zoobombs and MunizO (who are now based out of Toronto) with local acts Little Boxer and KNIFEY as openers.

Both Toronto opening bands used nostalgia of earlier genres to bolster hype among the crowd. Little Boxer started off the night with a set that could’ve come straight out of the 60s “easy rider” counterculture. Reminiscent of Credence Clearwater Revival or perhaps contemporary acts like Mumford & Sons, the four-piece band combined no-nonsense guitars, bass, and drums with raspy vocals singing lines such as, “I’m on the road, back on my own.” Although talented at their instruments, their immaturity became obvious when they asked the audience to raise their hands without any clear direction, to which the audience responded with an enthusiastic but confused expression. Similarly, their set most noticeably fell flat after beginning their second cover of The Beatles, which the lead guitarist paused to take out his man bun to put on his “grandmother’s hat” — a red velvet, floral bucket hat. Equally immature, KNIFEY followed with a style more akin to 90s pop punk bands such as The Offspring or Blink 182. The lead singer half yelled, half slide into each new note overtop power chords and 4/4 time signatures. Before beginning their set, members of the band hung up a large 3’ by 5’ banner that read “KNIFEY” in black spray-painted letters. Adding to this, a group of older women waddled around the venue wearing matching “I <3 MAX” shirts and carried with them a large “WE <3 MAX” sign. I assume Max is a band member, but this is still largely unclear to me. The small audience seemed supportive of this 90s nostalgia by flailing among a mosh pit that consisted of one very enthusiastic bro, another bro in an Oilers jersey, and one girl that ecstatically joined for 10 seconds only to run back to the lap of her partner. 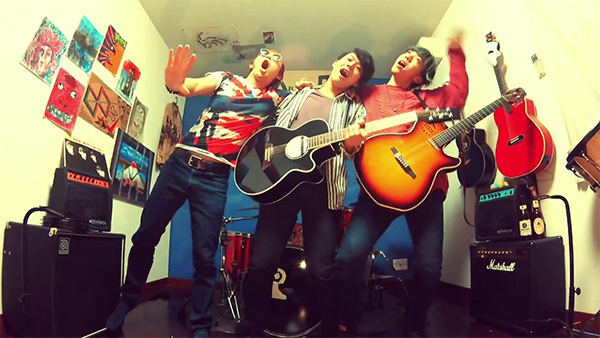 The first two bands reveled in the aggressive masculine tendencies of bygone genres, but luckily the night changed direction with the explosive, unique sounds of MunizO. Before even beginning their set, the guitarist made his musical prowess known by playing a perfect rendition of the Super Mario World theme song for soundcheck. The crowd was already won over by this, but continued to feast on the rich, dynamic sounds coming from the trio. They began their set by launching into staccato guitar melodies interlaced with a rhythmic, arpeggiated bass lines and undulating drums. Admittedly, this journalist had to concentrate hard to fully grasp the complexity involved in the songs, which sounded like a mash-up of the vocals and time signature changes of Mars Volta, the heavy bass riffs and disposition of DFA 1979, with the dissonant chords and metal-funk of Primus. If their music wasn’t enough to win the audience over, they pushed their performance even further by appropriating every surface of the stage into their act. They climbed onto pony walls, hit their heads against speakers hanging from the ceiling, and fell to their knees on the floor while casually shredding their guitars.

The intensity of MunizO led perfectly into The Zoobombs’ first of two shows for Canadian Music Week. As the crowd of people bustled in to fill the edges of the Silver Dollar, The Zoobombs seemed completely at ease on the Dollar’s stage, which frontperson Don Matsuo made note of halfway through the set. ‘We are sad that The Silver Dollar is closing,’ said Matsuo. “It is a home for us in Toronto.” The crowd seemed also very familiar with their repertoire, headbanging along to the funk-rock and yelling “you are very beautiful” to Matta on keyboards. They started off the set with straightforward rock with moderate tempos to which the crowd was receptive, but seemed anxious for the band to get started on their more upbeat, funky songs. For this first half, Matsuo maintained the energy of the crowd despite the moderate pace by hopping around the stage while taking breaks from verses. When he returned to the mic, his energy was matched by Matta’s back-up vocals, which were sounded like cheers coming from a distance, egging on the singer. As the music started to pick up the pace, the crowd erupted: one audience member yelled out “fuck yeah” after taking a chug of one of two cans of beer that he was holding. To add to this, the stage lights started to pulsate along with the increasing beat, alternating between red and green. The energy was palpable nearing the end of the performance; one older man standing near to me said to another, “their intensity is amazing.” It seems that Zoobombs has gained a steady following in Toronto, and hopefully they will find another home despite the imminent closure of The Silver Dollar.

Birds Of Olympus @ The Great Hall
(Photos by Susana Meza) 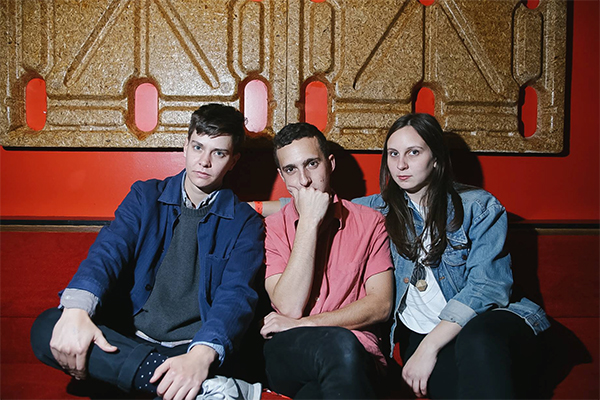 On an unusually warm April night, the Baby G hosted one of several shows part of Canadian Music Week with bands Flasher, Mimico, Monomyth, NOBRO, and Smokes. The concert was hosted in conjunction with Exclaim! Magazine, which was made obvious by the giant orange Exclaim! banners pinned up around the venue. However, the media endorsement didn’t seem to benefit the attendance for the event.

Hailing from Montreal, Smokes opened up the night to a crowd of no more than 15 people. The post-punk ensemble was created with guitar, bass, drums, and violin – an interesting addition to the genre. The lead singer mimicked traditional post-punk outfits like Bauhaus by repeatedly chanting lyrics in a manner similar to an auctioneer’s chant. To balance this repetition, the violin served nuanced instrumentality by either irregularly plucking strings or bowing continuous dissonant chords with a rough texture and tremolo accents. 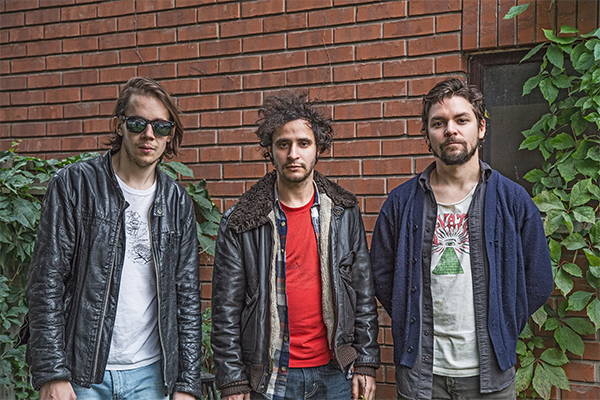 NOBRO followed with free-willed pop punk made up of three rebellious females. After bassist Kathryn McCaughey set the tone by yelling “we want to party tonight!” the three made it known that they were very skilled with their instruments. McCaughey sang with choked vocals – like she was constantly pushing herself to the limit so much so that she was gasping for air – a punk singing technique not commonly used by females. Guitarist Marianna Florczyk seemed to be only ever shredding the guitar for each song, taking brief moments of power chord phrases as a breather.

Although they performed well, the addition of NOBRO to Exclaim!’s night at CMW seemed a little odd considering all other bands leaned toward existentialism — not so much an in-your-face, rambunctious attitude. Monomyth eased the night back into a mellow vibe with their swirling, psychedelic slacker rock. The band maintained good spirits with the lead guitar venturing through high, singular notes that sometimes resolved into chords but sometimes drifted further off into a daydream. Frontperson Nigel Chapman repeated this lackadaisy attitude with heavily reverbed vocals that spoke of being “high on sunshine” or “looking for a place to go” in a mumbled, monotone pitch. All the elements of the band were effective at inducing daydreams. 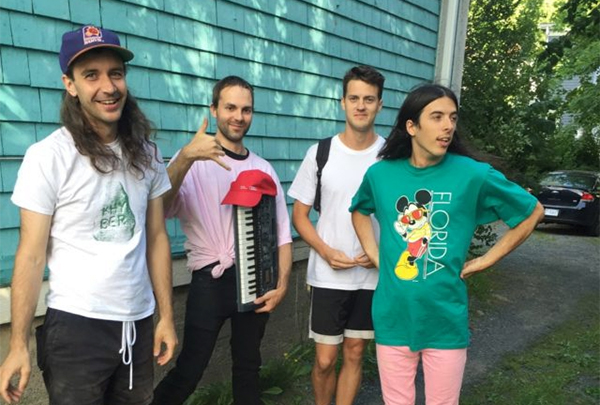 By the time Flasher had made their way onto the stage, the remaining crowd seemed to be mostly those committed to fully appreciating the music; dead silence filled the room in-between songs because no one talked to each other during the performance. The trio used pulsating bass lines in combination with constant guitar chords driven by upbeat drums to create a unique combination of post-punk with shoegaze. This was carried further with bassist Daniel Saperstein’s reverb-heavy, airy vocals sung in harmony with guitarist Taylor Mulitz’s deep, clear chants. Saperstein grooved along to these upbeat marches with sultry glances to the side and a rhythmic, slithering shoulder dance that was wholly captivating.

Mimico finished off the night with a three-piece ensemble made of a guitar, drums, a complicated display of synthesizers, with all three members taking turns on vocals. Most songs started with a bass drone noise that built up tension until it was interrupted by the wet tone of a treble synth or by the fuzzy, howling, equally otherworldly-sounding guitar. From there, the songs launched into a series of phrases that created a cinematic experience, sometimes returning to an earlier phrase only to expand further onto it. The phrases played with variations of psychedelia, ranging from early 60s Pink Floyd to doom metal to Italian prog rock. The night might’ve ended with a small audience, but those that remained were rewarded with the dynamic textures of the final few bands.

Isle Of You @ Nocturne
(Photos by Susana Meza)

All Hands On Jane @ Cherry Cola’s
(Photos by Susana Meza)

The Spill Magazine is a Toronto-based online publication dedicated to covering the independent music scene with a strong focus on our thriving hometown talent. Our writers bring you up-to-date news, in-depth features on musicians and reviews for the latest CD releases. We also travel to the front lines for all local festivals including Canadian Music Week and North by Northeast. Don’t forget to check out our Facebook and Twitter pages for all daily Spill updates.
RELATED ARTICLES
all hands on janebovine sex clubcanadian music week