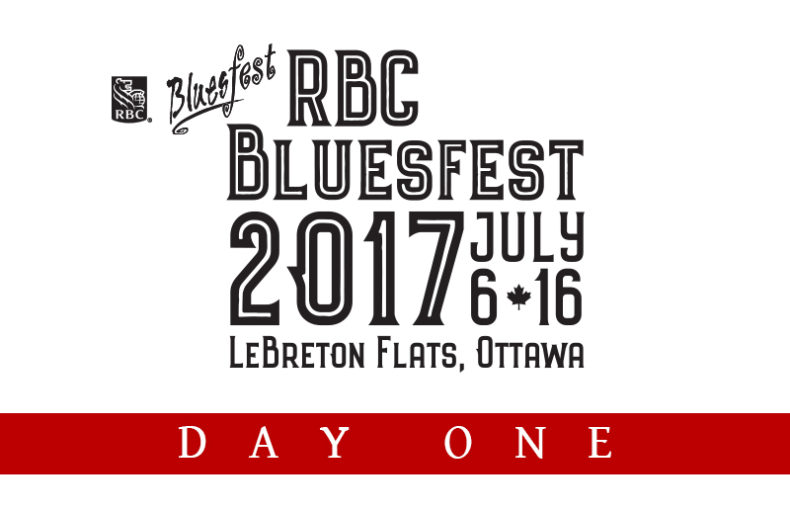 Sam Roberts headlined the Claridge Homes stage on the first night of RBC Bluesfest 2017 on Thursday, and brought members of Tribe Royal, who opened up for them earlier in the night, to the stage for that extra bit of Bluesfest community flavour.

Roberts greeted the crowd in french, paying homage to his french Canadian roots. Playing an opening night spot was something he took seriously, telling the crowd that “playing the first night is a big responsibility! Not only for the bands, but the crowd as well.” The tone was set for the rest of the festival and Roberts made it clear that he was going to play an explosive set, saying “we gotta light a fire!,” but quickly backtracking to make sure no one got too excited and saying “not a real one, a metaphorical fire. No one set any fires.” Kicking off the set with “Rogue Empire” from their latest album, Roll With the Spirits, the Sam Roberts band played a tight set consisting of the newest songs off of Terraform, back through 2014’s Shapeshifters, and of course not leaving out the hits. 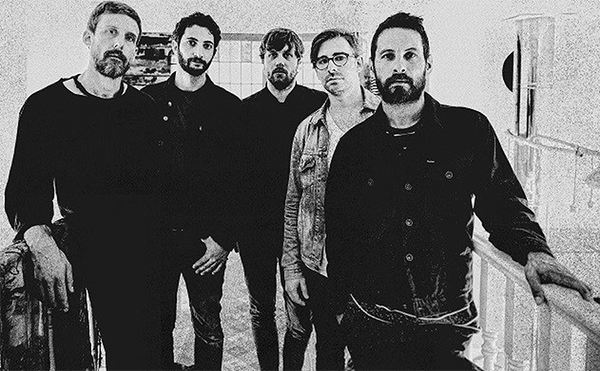 About six rows back, the crowd had formed somewhat of a chair brigade, breaking up the crowd a bit and giving a spot for the shorter fans to have a good view, centre crowd. It’s not often that the crowd at Bluesfest isn’t so tight that you can barely move, so to see a collection of chars in the middle of the crowd was a bit reminiscent of the older Bluesfest days, with blankets spread across the ground and few people standing. Genuinely and equally enthusiastic for each song, fans sang along to almost every one, but when the set progressed to hits like “Bridge to Nowhere”, “Hard Road”, and “Where Have All The Good People Gone”, even the quiet fans couldn’t resist getting those vocal chords vibrating. The crowd was fueled by Roberts as much as he by them, “we’ve earned this! We worked all winter for this! So here’s a song about winter,” Roberts said, working his way into his breakthrough hit, Brother down.

While most made their way over to the City stage to catch Toby Keith’s set, the crowd forming at the Black Sheep stage made it clear that they’d much rather be there to support Death From Above (having recently dropped the 1979 from their name). Jokingly responding to the cheers as they entered the stage saying, “thank you, we are Toby Keith,” the bass-drum duo hit the small stage with a huge sound. 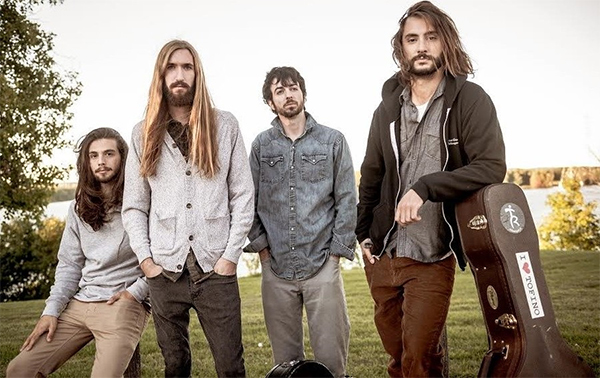 Bluesfest crowds tend to be quite diverse generally, but the diversity at this show in particular was thick. Side by side in the front row, an older woman sat her cane on the barricades and spun yarn while head banging to the hardcore punk sound and a very young fan jumped up and down, throwing his hair around for nearly the entire set.

Making jokes periodically throughout the set, Sebastien Grainger was so in tune with the crowd that he was almost conversing with them as if they were all just having a jam session in someone’s basement. “This is our second show in nine months and I’m happy it’s with you. I’m pretty sure I got a lot of you pregnant nine months ago,” he said, continuing to say that he’d pay child support, but not be involved, other than maybe for a particular bearded man in the crowd. Of course, a punk show wouldn’t be totally complete without a particularly crude group of fans, this time chanting “fuck Toby Keith,” only to be told to stop by the band members. “Oh stop that, don’t put that shit on us. You’re here with us, we’re here with you, we’re here together. That’s like getting mad at Justin Bieber for playing three countries over. Toby Keith is over there doing his damn thing.”

They played the likes of “Right On, Frankenstein!”, “Government Trash”, “Black History Month”, and for the second and third time ever, they played their new single, “Freeze Me“. When you can make forgetting the lyrics to a song you’ve only played live once before fun, you know you’re where you belong. A few seconds into “Freeze Me“, Grainger tripped on his words and cut the song off, “let’s try that again,” he said. Referring to Keeler, he said “I’m not embarrassed, he’s embarrassed for me,” and continued on to show their raw chemistry, working through the lyrics together and getting right back into a set so loud that Keeler was putting his bass right up against the speakers to achieve the fullest sound. It really goes to show what just two guys, a couple instruments, a set of fine tuned vocal chords, and some pre-recorded material can do. With a set like that, we can only hope that the Toronto boys stay together for many years to come and grace Bluesfest with their antics over and over again.

Death From Above Photos

by Lucy Sky on July 9, 2017
2017 RBC Ottawa Bluesfest – Day 4 @ LeBreton Flats Festival Grounds, Ottawa July 9, 2017 She’s already known for her colourful, unique personality, but this being Pink’s third show in four years, the crowd was unsure of what to expect. [...]