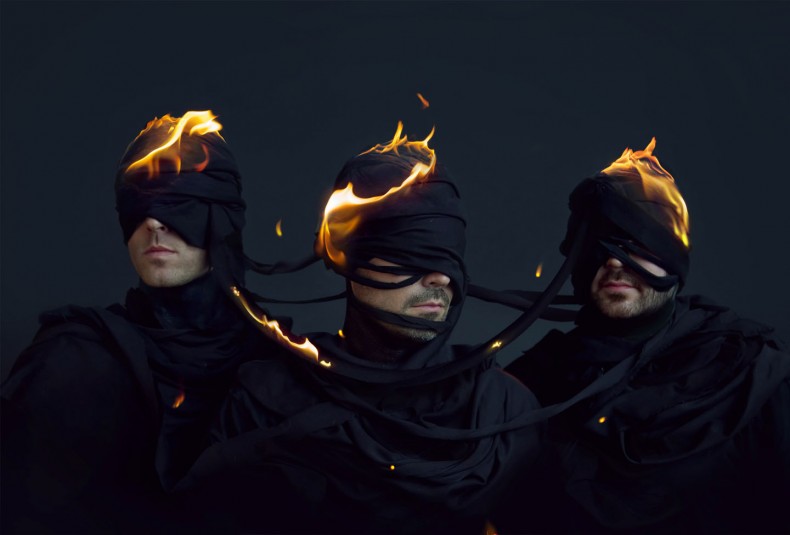 Paying Attention To The Details: An Interview With Jacob Palahnuk Of Young Empires

The road to building a kingdom can be a long and patient road.  While speaking with Jacob Palahnuk currently on the road in Montreal, the bassist of this Canadian band says he is looking forward to playing back in Toronto where the band was formed back in 2009.  Since connecting with Matthew Vlahovich, vocalist and keyboardist, and drummer Taylor Hill via a “chance meeting” through Craigslist ads and jamming sessions, Young Empires has made music fans both in Canada and around the world take notice of their musical prowess. “We’ve always had a lot of support (in Toronto), back to the time we played at the Drake Hotel,” reminisces the bassist over the phone.

Palahuk describes Young Empires’ music as “haute rock, playing music that is detailed-oriented.” The group’s song writing process usually begins with the rhythm section as the backbone, followed by chord progressions.  In fact it is the band’s latin drum fusion from their early writing that helped connect South American fans with Young Empires. “I love playing in South America. We were in Columbia right after the earthquake.  The people there love to dance and the food is excellent,” recalls Palahuk.

When asked why it took almost six years for the band to release their first full album, Palahuk states that the album was actually completed in 2013-2014.  It was the record company that decided to hold off on the release of The Gates and the band had to patiently wait for the album to be introduced to the public. Palahuk describes the single, “The Gates” as one of the significant songs on the album. “The song was important thematically and was the first song to make the album,” Palahuk informs. 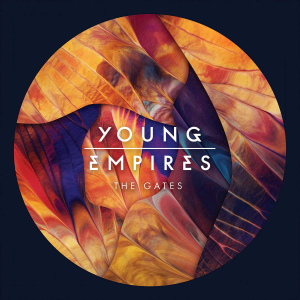 The music of Young Empires has made fans of them beyond the borders of South America and countries such as Mexico. As a four piece at the time (guitarist Robert Aaron Ellington has since left the band) the group played festivals including CMJ in New York,. South by Southwest in Austin and at the Great Escape Festival in Brighton in 2011. Young Empires’ shows have included cities such as Paris, Los Angeles, Stockholm and London.

The Canadian group has shared the stage with other musical acts such as Jamiroquai, Foster the People, Vampire Weekend and Dragonette. “We like touring with Dragonette. We have a good connection with them and we enjoy each other’s company,” Palahuk describes. “Acknowledgement from our peers is one of the best achievements we can have….as well as fans saying we are their favourite band”.

Young Empires acknowledges that in the music industry, fame and fortune can be fleeting. The bassist cautions, “ There is such a big hype for bands for very short periods and we don’t let the pressure get to our heads”.  This can be especially daunting, since one of their early songs, “White Doves” was voted number 6 on SiriusXM’s top 50 of 2011 and was selected by CTV as the background music to relive the London 2012 Olympics.

Young Empires has expanded their conglomerate to include their own t-shirt label.  We joke about how the band is trying to create their own brand and sell it to the world.

For the time being, Young Empires returns home.  They recently played the Danforth Music Hall on November 29th just before moving on to other major cities in Canada for the remainder of the year.

An educator who also tries to introduce others to great music. It's a never ending job.
RELATED ARTICLES
featuresyoung empires