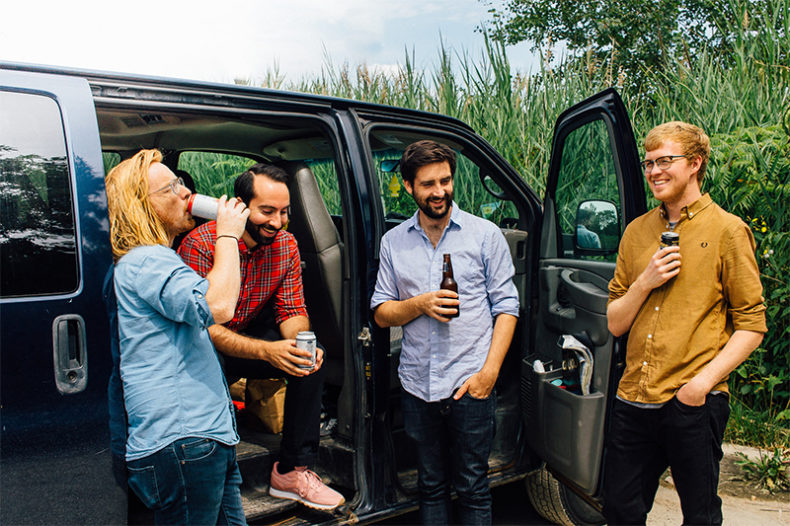 “Why’s this fucking dick gotta be such a cock…”

Pkew Pkew Pkew turned their scorn toward a wide array of targets on their first album; everyone from aged-out skateboarders, to noisy neighbors (as described by the lyrics above), to nostalgia peddlers. On album number two, this month’s Optimal Lifestyles, lead vocalist and songwriter Mike Warne has a new subject to reflect on; himself.

At times, Optimal Lifestyles feels like a fast-paced concept record about learning how to grow up while continuing to have fun. On lead single “I Don’t Matter At All,” Warne takes himself to task for past behavior and declares that he wants to change. It’s more earnest than anything from the first time around.

“The hard part for me [writing the album] was learning or agreeing to the fact that it’s ok for me to write exactly what I’m thinking. Having a sense of humour about the shitty things in life is just how I deal with it all.”

Writing lyrics, and turning them into songs, is a process for Warne and the band. Each song usually starts with a voice note on his phone while he’s “walking the dog or something.” From there, Warne refines things a little before sending it off to the rest of the band. Warne emphasizes the selfless dynamic that exists in creating a song from there.

“I hate jamming. I think one of our strengths is that we’re all thoughtful songwriters and we’re all more interested in the song as a whole, rather than whether or not our part is flashy or impressive.” 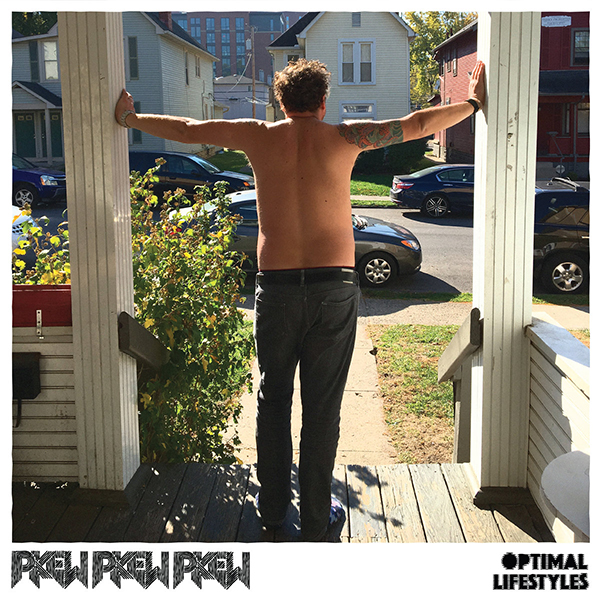 According to Warne, all of the lyrics on Optimal Lifestyles are autobiographical. A personal favorite is the story behind album highlight “The Polynesian,” about a night where the band “stopped in a small town in Wisconsin on a night off tour, and there was nothing to do so we climbed a roller coaster at the amusement park and drank beers on the track.”

While the party lifestyle still plays a big part in their lyrics, the day-to-day touring these days can be a bit more mundane. Each member of the band uses the months on the road as an opportunity to try to make personal improvements and each see the time on the road to “work on [themselves] in the van.” These efforts are sometimes more successful than others.

“Usually, my running shoes only see the light of day the first and second mornings of a tour,” says Warne.

Like many up-and-comers in the streaming era, Pkew Pkew Pkew tour hard. Once the band leaves for their tour supporting Optimal Lifestyles they won’t return home for four months, possibly longer. Warne says that everyone in the band still enjoys the road life, he stresses that that may not always be the case; even joking about an impending era where virtual reality will allow the band to tour from home.

“It’s hard to keep doing, especially when you like your life at home. I love being at home. I think the important thing to us, is that we keep enjoying it and see a future, but not to be afraid to change things up if we don’t.”

For now though, Warne and the rest of Pkew Pkew Pkew are ready for the road. Warne says that he’s also excited to get back to songwriting and says that there will be a shorter gap between Optimal Lifestyles and the next Pkew Pkew Pkew album. Hopefully the songwriting voice he’s found, the mix of “kind of mundane, kind of funny, but just very honest,” will continue. Warne thinks it’s a natural fit for him.

“I just didn’t really understand how to get it out until now.”

Spill Magazine strives to keep our readers up to date with news and events in the music industry. We keep you informed of the most recent information regarding new releases, tour dates, and information items about your favourite artists.
RELATED ARTICLES
big scary monstersdine alone recordsfeatures
9.0