Features
0
485
previous article
SPILL TRACK OF THE DAY: L CON - "HOW MUCH SHALL WE BET"
next article
SPILL ARTIST PORTRAIT BY DANIEL ADAMS: DEPECHE MODE 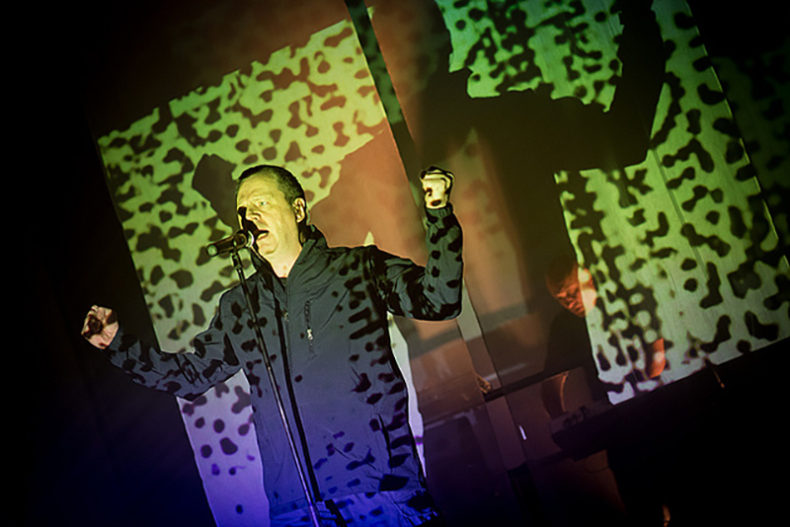 AN INTERVIEW WITH JEAN-LUC DE MEYER OF UNDERVIEWER

Everybody has to start somewhere.  Front 242’s Jean-Luc De Meyer and Patrick Codenys started in 1978 in a music project called Underviewer, the debut album of which, Wonders and Monsters, has only recently come out on the Alfa Matrix label, even though it was originally recorded…um…nearly 40 years ago!

The limited edition fourteen-track release, only 300 copies of which were produced and made available in December 2016 to celebrate Front 242’s 35th year, is rather removed from the F 242 sound so many of us know and love. There are definitely a few similarities on some tracks, but overall it is not an album you will listen to and immediately associate with Front 242.  I’m sure this is owed to the fact that the project had a different vocalist as well as different musical and vocal styles; De Meyer performed as lead singer for the band, while Codenys was responsible for the musical aspect of things.  Also, “When we joined Daniel (Bressanutti)  in Front 242, there were 3 levels of changes in the way we made music,” according to De Meyer.  “One – technology/equipment, two –  skills, and three – musical direction.  In other words, but in the same order, we had access to more musical instruments and to a higher recording quality, Daniel was technically extremely skilled, especially in the production process, Patrick and I were good at structuring the sequences in order to approach a kind of song format; and we switched from a kind of rather intimate and soft experimental music to a much more open, aggressive and danceable genre that we called Electronic Body Music,” he continued. 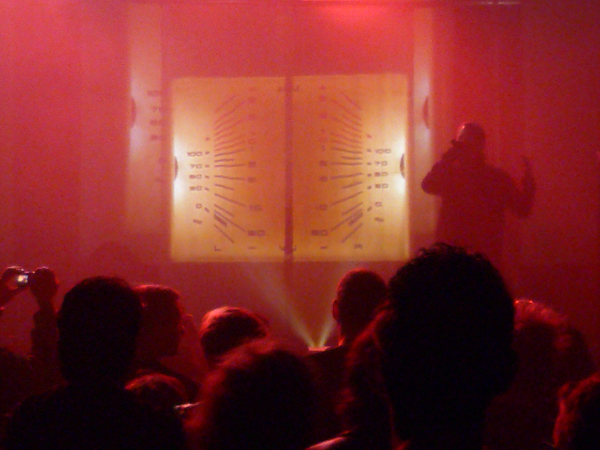 Operating until 1981, De Meyer and Codenys used bass, synthesizers, rhythm boxes, and a tape recorder to produce their music.  Some of the songs had to be re-recorded for this release due to being damaged over time, but according to De Meyer, the remake was done identically, with the same instruments that were used in the original, but admits they did update to current production methods.  The vocals, he said, were re-recorded, again in the spirit of the originals but with some slight lyrical alterations.  In an effort to describe the album’s sound, I will say that you can absolutely hear similarities between this and the later Front 242 ebm signature audio stylings on some tracks, such as the introduction to “A Minor Detail”, a similarity that De Meyer ascribes to the fact that the production is recent, but that these early songs are, overall, considerably more minimalistic and melodic.

The opening track “Was Soll Ich Tun?”, translated as “what should I do?” in German and sharing a phrase from German philosopher Immanuel Kant has a very rich electronic sound and gives us an idea of what is to come with the rest of the album.  Some tracks definitely have a ‘dancier’ feel to them, such as “I Remember”, with its steady beat and simple lyrics and “Gone”, the strength of which might just be in its simplicity. 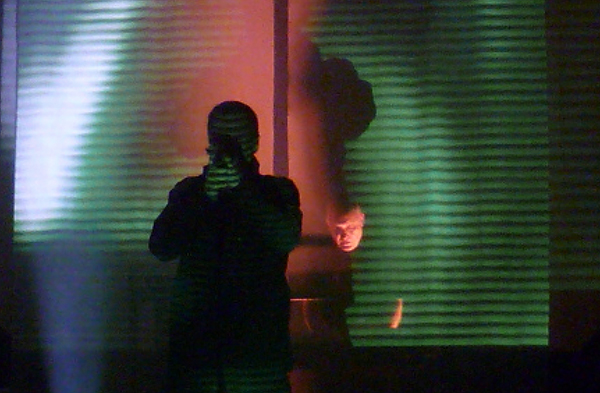 “What Do You See” is about the various, sometimes totally contradicting ways to look at reality.  “These Days” is about regretting past encounters.  “A Minor Detail” is a love story between a comet – knowing it will die soon – and a little planet.  These three subjects are rather “romantic” and would not have been possible to use in F242,” according to De Meyer.

They chose “Underviewer” as the title of the album, according to De Meyer, “because we were doing music that belonged to the ‘underground’ scene.  Also, we liked the way this word sounds (rather soft), and the fact that it refers to an activity deep under the surface, suggesting a low profile, something industrial, mysterious and hidden, all things that also characterize our music,” he offered.

Prior to this release, most of these tracks had not been accessible.  “Wonders and Monsters”, the title track, was published in 2004 on an Alfa-Matrix compilation, and a few others were released as bonus tracks, but otherwise these songs have gone widely unheard.

I’m glad they’ve finally seen the light of day, even if almost 40 years after they were originally recorded!

Kathy Nichols, from the land of cheese and beer, has been writing off and on since elementary school. Her passions include hugging trees and trying to make a positive difference in the world, to which end she completed a degree in Mass Communications coupled with Environmental Science. Kathy appreciates all types of music, mainly industrial and punk and the like (especially bands who use their fame and fortune to try to make social or political statements), but with a little bit of Beastie Boys and Billie Holiday thrown in to switch things up a bit. She is the owner and CEO of www.industrialstrengthpublicity.com and enjoys long walks on the beach and (skinny) puppies.
RELATED ARTICLES
alfa matrixfeaturesfront 242