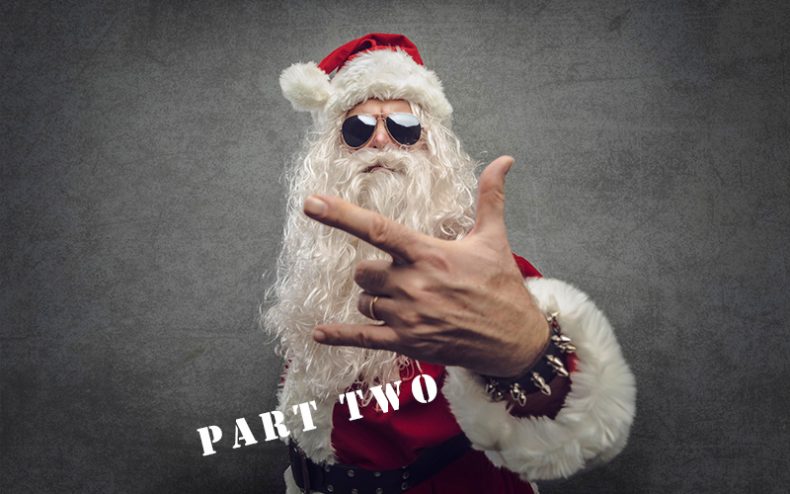 WE’LL GIVE HIM GOLD AND FRANKINCENSE. BUT WAIT…THERE’S MYRRH! (PART TWO)

As The Beatles once sang, “Christmas time is here again/Ain’t been ‘round since you know when”, and brings with it a bumper crop of new Christmas music. Every year artists release what they hope are the new Christmas classics. Here is this year’s list of some of the new Christmas releases. ~Aaron Badgley 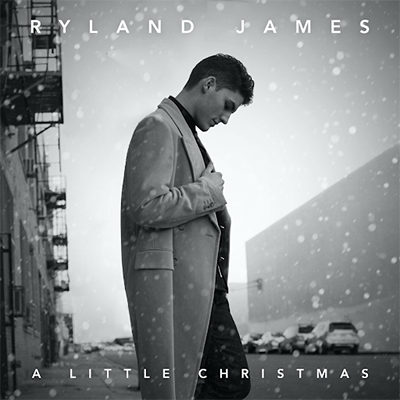 Ontario-born, Spotify superstar Ryland James gives the world the gift of music this Christmas, with this very predictable collection of Christmas music. Fans may be disappointed that it is only an EP and not a full length album, but they will enjoy all the new music.  His hit from 2019, “Please Come Home For Christmas” is one of the five songs, along with a brand new song for the season, “A Little Christmas”. He also covers some classics with predictable results. The E.P. is nicely recorded, but it is very safe and saccharine. However, to be fair,  it delivers what it promises, “A Little Christmas”. Pop Alternative is the style and it is ideal for the young ones on your Christmas list this year. 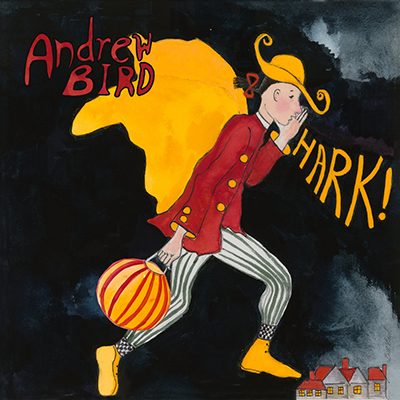 Building on last year’s release of the same name, Bird delivers what could be the first classic Christmas album of this decade. It is sheer brilliance from beginning to end. It features new original songs, covers of his favourite artists, and original interpretations of classic Christmas tunes, including “White Christmas” and my personal favourite, “O Holy Night”. Anyone who creates an album sleeve featuring his own mother is pretty damn cool. This is the Christmas album of 2020. 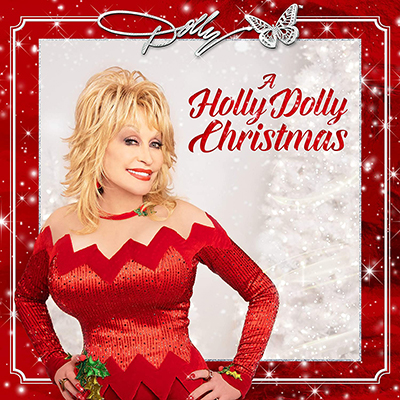 I love Dolly Parton, and I loved her first Christmas album, 1990’s Home For Christmas, so I was looking forward to a new release. Sadly, I was disappointed. Some of the new songs she has written are pretty good–“Comin’ Home For Christmas” is the best of the lot– but when she tackles classic songs, she does not add a whole lot to the original, and it makes you wonder why she didn’t throw more of herself into the arrangements. Her duet with her brother is very charming, but her other guests, including Jimmy Fallon, Billy Ray Cyrus, Miley Cyrus,  and Michael Bublé are not needed and in fact, detract from the rest. 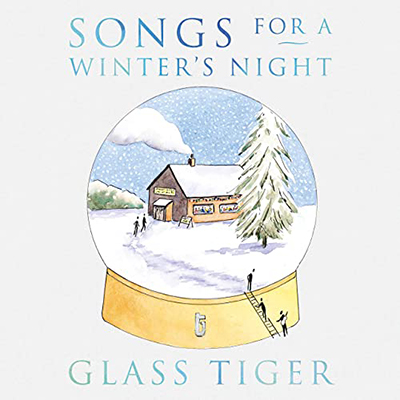 Well, this was a surprise. Glass Tiger have come up with a rather good seasonal album, Songs For A Winter’s Night, full of catchy, original songs that manage to capture the spirit of the season. Any album that includes a clip from It’s A Wonderful Life wins approval from me. Frew’s vocals are fantastic and the arrangements are pretty flawless. Several of their friends drop by and add a great deal to the package. Gordon Lightfoot reciting “Ode For A Winter’s Night” is heartwarming and chilling at the same time. It is nice to have Roch Voisine singing along, and Natalie McMaster plays her heart out on the title track. 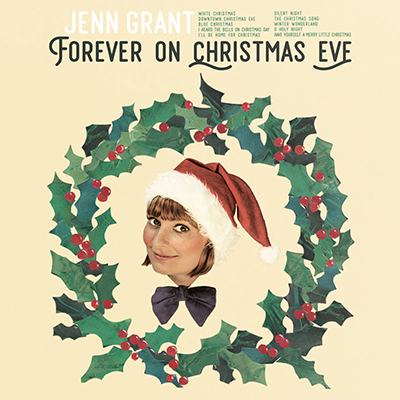 Jenn Grant has established herself as one of Canada’s premier singer/songwriters. Although very contemporary, there is something almost old-fashioned about her music, which comes through on her first ever Christmas album. She contributes one original composition, “Downtown Christmas Eve”, which is the highlight of the album. Her interpretations of the classics are nice as well, especially her take on “The Christmas Song”. Forever On Christmas Eve is a great Christmas collection, and much more traditional than I had imagined. 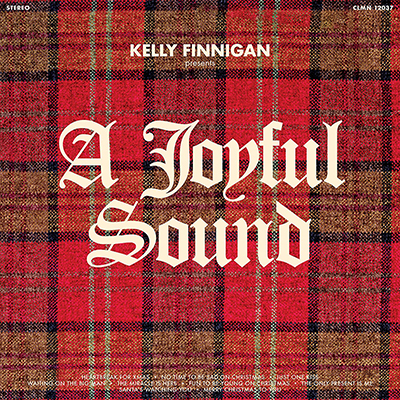 Kelly Finnigan of the Monophonics has decided to go solo for this soulful Christmas release, composed of original songs. “Let me play for you a joyful sound” he sings, kicking off the programme, and a joyful sound he makes. Although all of these songs are new, there is a sense of nostalgia to them. This album sounds like a classic Christmas album while maintaining strong contemporary sound and production. This is piano-driven soul with excellent arrangements throughout. There is a nice tip of the hat to The Beatles just prior to “Waiting On The Big Man”. The vocals here are otherworldly. 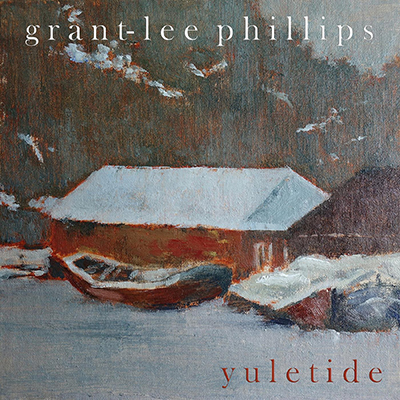 Yuletide is a four-track EP from the incredibly talented Grant-Lee Phillips. The fact that he digs up a relatively obscure Nat King Cole song, “Take Me Back To Toyland”, warms my heart. He does a nice cover of Sinatra’s “An Old Fashion Christmas”, and even goes back to the Gilmore Girls for “Winterglow”. It is good, but maybe I was expecting a little more from him. Disappointing is too strong of word, but I was expecting just more than three covers and a rerecording of an old song. 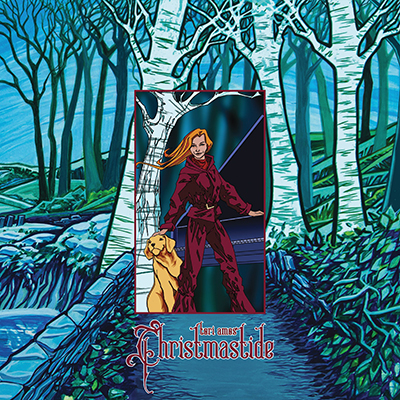 This is Tori Amos’s second Christmas release. Her first was 2009’s Midwinter Graces, and for this one she strips down to piano, bass, and drums, creating a beautiful sound. This is one of her best releases in recent years. She writes strong melodies and vivid lyrics, and here, she celebrates family, focusing on the positive. She shines her light bright and strong. Perhaps the strongest is the very moving “Better Angels”, but in truth, all the tracks are standouts. Also worth noting is the fantastic sleeve, featuring a great illustration by Rantz Hosely. Andrew Bird has competition for best Christmas release this year. 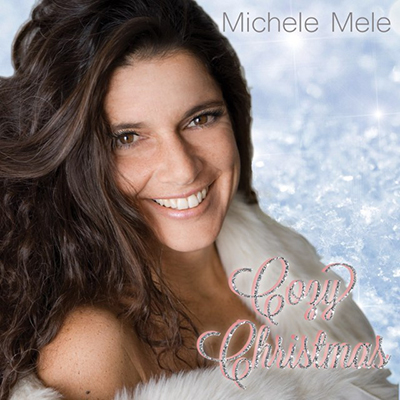 This EP has been a few years in the making, and some of the songs have been released previously, but here it is in all of its glory, with a brand new song, written by Mele herself. It is hard not to like “Christmas Time In Canada”. It is such a happy, cheerful and downright jolly song. Who doesn’t want to hear about how wonderful Canada is at Christmas time? It really is joyous. The rest of the release are covers of old standards, done very well. “Winter Wonderland”, “The Christmas Song”, “Winter Wonderland”, and “Let It Snow” are all here. Mele sings them well, and Greg Kavanagh has done an excellent job with production. Put on the fire, grab some hot chocolate, and relax. 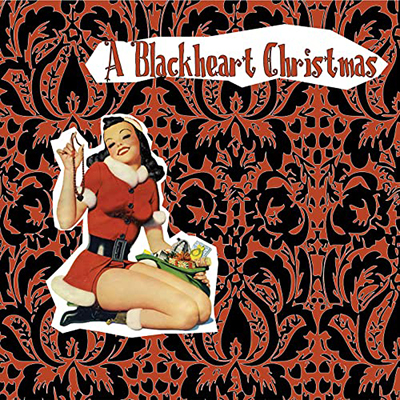 This seems to be a straight reissue of the 2009 Christmas compilation of the same name. To be frank, it has not aged well. The artists featured here (Girl In A Coma, The Vacancies, The Dollyroots) sounded dated in 2009, and that has not changed in the past 11 years. Yes, it is fun, and some of the punkier songs work (“Christmas Is The Time To Say I Love You” by The Cute Lepers and “Father Christmas” from The Vacancies), but Joan Jett’s “Little Drummer Boy” and Girl In A Coma’s “Blue Christmas” don’t. If you want a great punk Christmas record, stick with The Yobs. 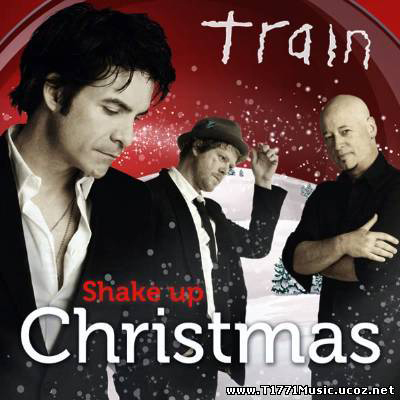 Why not rerelease a song from a five-year-old album and promote it as a new release? Sony and Train have done just that. This song is from Train’s 2015 Christmas in Tahoe. It has a nice video and it is a very Christmasy song. The reissue serves as a reminder of rest of the album and may generate more airplay and sales for it this Christmas season. More power to them, as it is a pretty good song. 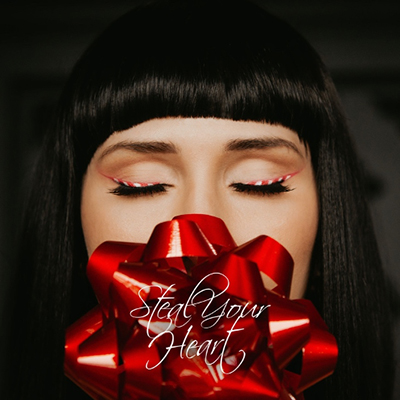 The Command Sisters have a unique sound and have come up with an original and clever Christmas song. “The Grinch, he already stole Christmas/Now I’m gonna go steal your heart”, they sing in “Steal Your Heart”. They tap into pop culture, revisit old hits, and have come up with a brilliant way to say “Happy Christmas”. I look forward to more music from these sisters. 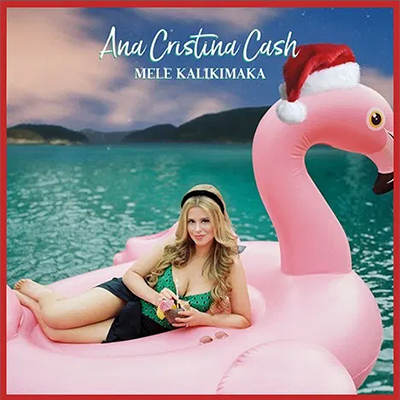 Ana Cristina Cash is an extremely underrated artist. Following on the heels of this year’s Shine, she revisits an old hit, made famous by Bing Crosby and The Andrew Sisters. Of course, being Ana Cristina Cash, she put her own, distinct spin on the Christmas classic, and if this version of the song does not put a smile on your face and get your feet a-tapping, then I just don’t know what will. Her husband, John Carter Cash, once again does an excellent job with the production. Join in the fun, and enjoy “Mele Kalikimaka” 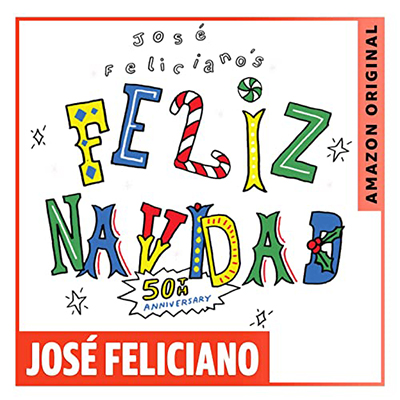 To celebrate the 50th anniversary of “Feliz Navidad”, José Feliciano has assembled some friends to record a new version of the Christmas classic. It is very different from the version you may remember, but the song has a slow burn and it actually works. It is never going to replace the original, but producer Rudy Perez has put a new and contemporary feel to the song. There are a lot of guests joining Feliciano, including CNCO, Isabela Merced, Shaggy, Jon Secada, Jason Mraz, Lin-Manuel Miranda, Rachael Ray, Gloria Gaynor, Big & Rich, Michael Bolton, Los Temerarios, Emmanuel, to name a few. 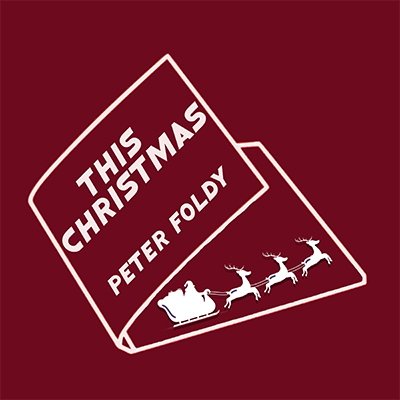 Multi-talented Peter Foldy (musician, director, writer) has come up with a new Christmas song for 2020 (he released a Christmas EP) in 2014. This is a jaunty, pop song, celebrating love and Christmas. Well produced and quite charming.

Born and raised in Whitby, Aaron discovered music through his love of The Beatles. This led to a career in radio, writing for various publications, and ultimately a radio show about The Beatles (Beatles Universe), which ran for over four years. When not immersed in music, Aaron enjoys spending time with the loves of his life -- his wife Andrea, and daughters Emily and Linda (all of whom have an intense love of music too).
RELATED ARTICLES
ana cristina cashandrew birdanthem records

by Aaron Badgley on May 5, 2020
BREAKING IN A BRAND NEW PAIR OF SHOES A CONVERSATION WITH ANA CRISTINA CASH Ana Cristina Cash has just released  a new album, Shine, her [...]
8.0