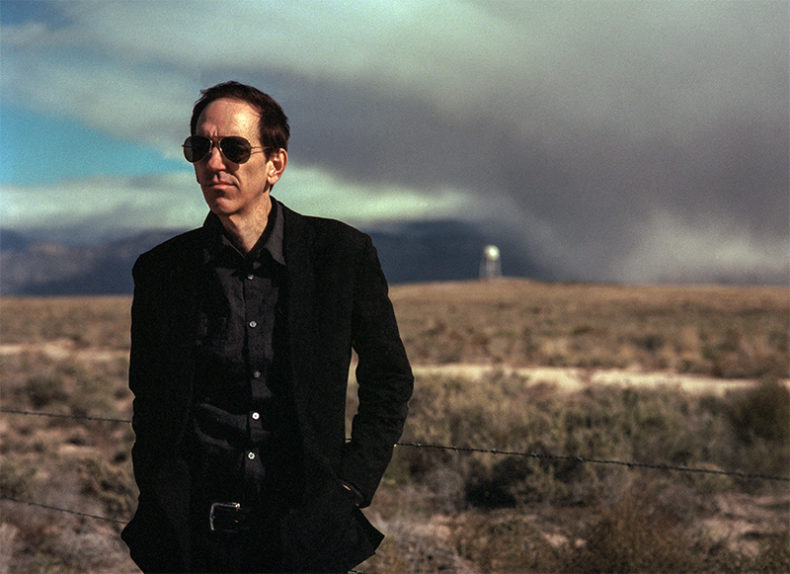 A CONVERSATION WITH BRIAN CARPENTER OF BEAT CIRCUS

After ten years, songwriter Brian Carpenter and his band Beat Circus come roaring back with the final installment of the ‘Weird American Gothic’ trilogy, These Wicked Things. Having let the dust settle on the previously released Boy From Black Mountain and taken the time to engage in other projects, such as working with renowned experimental outfit Swans, Brian arrives with a refreshed perspective in order to cap off the album cycle.

“The band was on hiatus for several years and I got busy with other endeavours, one was Ghost Train Orchestra in New York City and the other was The Confessions in Boston. The thing about the trilogy was it was just an idea I had around 2005-6, which was to take American folklore and mythology and using it as a backdrop for songs; for narrative and things like that. The third part is really [centred] around the old west, you can kind of hear that in the guitars as there’s a lot of space echo, on the vocals too. We mixed it in Tucson Arizona, an incredible place, a little town surrounded by a desert. That kind of put it in that world. I tried to make it consistent with the other two records but of course it’s 10 years later, so it’s going to sound a little different regardless…”

Despite leaving the trilogy behind in time, Brian is clearly filled with enthusiasm and inspiration for this last chapter of the arc. Though, while the artists only recently picked up their instruments again, the thematic content for the album has been simmering for a while.

“The third part was clearly going to be the old west because there’s a lot of mythology around it and we as a band are very influenced by not only Morricone but all the Italian film composers of the ’60s and ’70s like Bruno Nicolai. A lot of Dario Argento and Sergio Leone films as well. It was only a matter of carving out the time to do it really. There was [also] a repertoire theater that commissioned us to write the music for a play called The Barbary Coast, and that was really what started the whole ball rolling for this project.

“There’s not much of the play that made it on the record actually. We realised the songs from the play were so tied to the narrative that it didn’t fit what I had in mind for the record, which is more personal. It’s only a handful of tracks that made it, but it did start from that. Score music is more balanced with the pace and writing of the play, so it wouldn’t work on its own on a record. The whole idea is to take you into a world, starting from the first track, and that’s the way that the Beat Circus records have always been since Dreamland. That’s really the whole concept behind it.”

With a long-developed interest in exploring the vast expanses, landscapes and heavy atmospheres of the West, it’s no surprise that Brian and the rest of Beat Circus were ready to craft an immersive exploration of that space. However, this was far from limited to the musical aspects of the album. As Brian suggests himself:

“Part of the fun of the music, being in a band, is you have all these different elements; you have the social aspect of playing with all these other band and meeting friends and the local community, also the social aspect of going on tour and playing with your friends; there’s the visual element, it has to be part of your aesthetic. In my opinion it’s a very important part of a band, whether it’s the artwork or the videos, even your appearance on stage.” 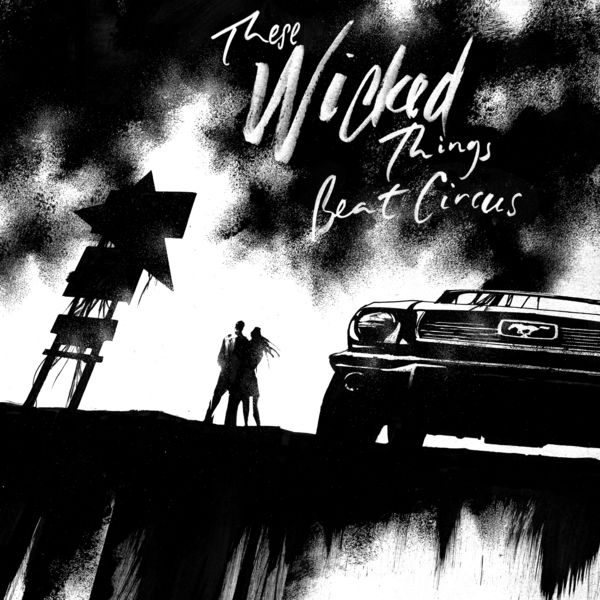 One of the ways this manifested on These Wicked Things was Brian’s collaboration with Croatian visual artist Danijel Žeželj to bring the album’s aesthetic to life in the album’s artwork.

“I met Danijel [Žeželj] in 2008, I was playing with Ghost Train Orchestra in New York and he was at the show. I was a big fan of his work, he writes for Vertigo and DC Comics, among others, and I was a huge fan, especially of his book Luna Park with Kevin Baker. I said to him ‘I’d love to have you do the record, though I don’t know when that will be’ (this was 10 years ago!) but he said ‘Yeah just let me know!’ He’s just so amazing, he listened to the album, clearly, and I really feel like the imagery in this record was nailed. A lot of times the imagery doesn’t quite fit the music, this time it was a perfect marriage. He really got it. He’s such a distinctive artist too, there’s no one that uses black ink on paper [the way he does] and the kind of distinctive style he has features a lot of contrast. We were originally thinking of doing it in colour, but we thought ‘no, lets keep it on the noire side’. I actually think it was my wife who mentioned it: ‘you should leave it black and white, it’ll keep it more evocative in that world’ and I think that was a great idea. Danijel rolled with it too. I gave him all the tracks and said ‘I’d like to do a piece for each track and this is kind of what I’m thinking of (in terms of imagery)’ but he went off on his own direction on some of this stuff and it was great! I was really thrilled to work with him.”

Yet, while the black and white mindscapes that Žeželj created seemed such a natural fit for the album, when it came to shooting the video for the title track of These Wicked Things, Brian and co. opted for a rich and vivid drone-shot (and coloured) voyage through the dessert.

“Originally, we were thinking of doing the video in black and white, to extend the idea we had with Danijel’s imagery. The interesting thing was the location, White Sands, [New Mexico]. Dan Huiting, the director, said the sand is monochromatic on its own but that with the sunset and everything it’s such a beautiful pallet so he suggested we could put it in a different space. I think he really had a vision for it. I always thought in terms of the title track, that it was already placed in the desert. It’s mentioned early in the track, and there’s a sense of mirage and dreaming and everything like that about it. I felt if we could do it there and pull it off, it would be consistent with the song. Dan has such a great eye for imagery and the editing, an art in itself, is really amazing.

It’s this discovery and creation of art beyond (and sometimes contrary to) anything that was originally intended, coming to be across both the visual and sonic mediums on These Wicked Things, that Brian has been aspiring towards.

“If you’re lucky, what you set out to do has little to do with what you actually end up doing sometimes, and that’s certainly the case on a lot of these records [that I’ve done with Beat Circus]. The band has a lot to do with it, because they come up with a lot of arrangement ideas. The rhythm section especially has a lot of input on the way things are shaped and what sounds are being used, tone shaping and all those kinds of things is a big part of it. I come in with some kind of draft form, but it’s not as if I come in with all these charts that everyone has to follow without deviation. It’s really just a first draft and we feel it out from there. Sometimes it goes in a completely different direction. “All The Pretty Horses” just came out of a lick that was played in rehearsal, just from improvisation and I thought ‘wow, we should build on that’. It’s definitely an evolving process.

“I’d definitely like to get more fluid and improvisational in the future. I learned a lot from Michael Gira, the leader of Swans. He doesn’t come up with charts ahead of time, it’s all coming out of jams in rehearsal. When it comes to overdubbing, he’s very interested in imagery so he’d give me an image and say ‘think about this’ with some prompts to give you an idea of what direction to go, but there was nothing written down, ever. You hear that too, in the recordings, it’s very organic. I’d love to get to a point where I can do that. You can hear [These Wicked Things is] more of a composer-arranger’s record. All Beat Circus’ records have been like that and so it’s kind of consisted, I wanted to keep it that way at least for the trilogy. There are some organic moments in it as well. The more fluid it is the better, you kind of want to get away from the page as much as possible.”

Brian and Beat Circus are currently bringing These Wicked Things to life on tour, with stops in Toronto and Montreal on the 6 and 7 of April.

Based in Montreal but raised across Western Europe, Andrew feels at home both everywhere and nowhere. Having picked up the piano at age four, he has since gone on to add clarinet, saxophone and guitar to his musical arsenal. As well as crafting music, Andrew spends a lot of time listening both at home and in live contexts. Rather than focusing on a particular style or calibre of artist, he is keen to explore music of any shape or size. Outside music, Andrew's passions lie in philosophical writing, visual art and sharing positivity with the world around him.
RELATED ARTICLES
beat circusfeaturesinnova records
8.0