SPILL FEATURE: WE WERE HIPPIES, WE WERE WHO WE WERE – A CONVERSATION WITH DENISE KAUFMAN OF ACE OF CUPS 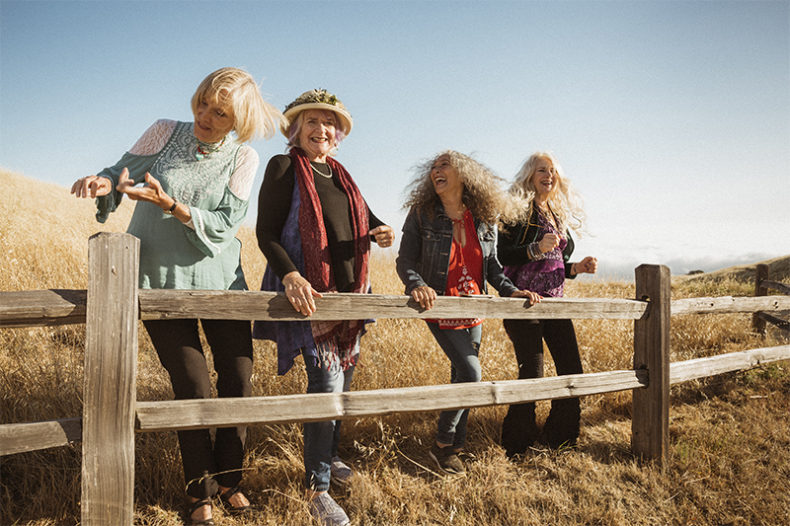 WE WERE HIPPIES, WE WERE WHO WE WERE

A CONVERSATION WITH DENISE KAUFMAN OF ACE OF CUPS

San Francisco in the mid 1960’s was the place to be, especially if you were a hippie. It was also a  musical hub. The  time and place was right for bands to form.  After all, all those hippies moving there needed their live music too. In 1967, Denise Kaufman, Mary Gannon, Marla Hunt, Mary Ellen Simpson and Diane Vitalich formed a band, The Ace Of Cups. The band officially disbanded in 1972, but in 2018, they released their debut studio album.

“We would get together three or four times a year. We love to play together and we stayed friends. And we all played, in various bands and different cities,” says Denise Kaufman during our recent conversation. “In 2003 Ace Records in England released an album of live music by us (It’s Bad For You, Buy It), made from reel to reel tapes by road managers. These were songs that we never thought would by released.

“George Baer Wallace (of High Moon Records) heard the album and loved it. George met up with us hoping for more archive material. He said ‘I want you for my label’ and in 2011/2012 he sponsored us to spend four or five days playing together. Three of us got together and started writing. I felt amputated because we were five. But it was easier to write.” 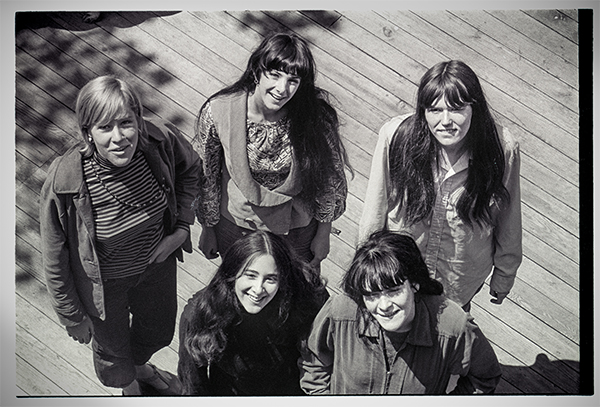 Denise further explained, “three of us (Diane, Mary Ellen and I) started meeting to play and write together in 2011 after the Ace of Cups played at the Wavy Gravy/SEVA Foundation Benefit honoring Wavy’s 75th birthday. At the time, we had no plan that we’d ever be recording together. With help from George Baer Wallace of High Moon Records, we were just meeting to play together every couple of months and the writing just naturally happened. Mary Ellen lives in Weaverville (far northern California,) Diane lives in Novato (Bay Area) and I live in Venice Beach. Sometimes we met in Marin County near Diane’s and sometimes the other two came to Venice. We’d set up and play for 4-5 days. Just to do it. Just for the joy. Mary Gannon was in Kauai, Hawaii and it wasn’t an option at the time for her to leave her work and her family to come play with us. Once George offered us the chance to go into the studio and make an album, Mary Gannon starting flying in to be part of the recording process.

Four members of the original the Ace Of Cups play on the album, Marla Hunt did not rejoin the band, as “Marla is doing her own creative projects at this time.”

“It is incredible to have recorded this album. Something in the deepest recesses of our hearts we had never given up. Then the live album came out and they were not even the songs we would have chosen to put on the album but rather the ones we had. In 1971, the original bands had 80 songs, so the songs on the tapes of that time were songs we had tapes of.”

Once the band was back together and the decision was to record, it was time to choose a producer.

“We were looking for a producer for a long while. We were rehearsing, and writing and George was sponsoring us to play and he wanted us to record an album. The first album of original material for his label, as they only do reissues. So this was something new for the label. We were at Laughing Tiger studios and we knew we needed a producer. George thought it would be cool for a woman producer. But we needed a producer to take us from baby steps. We all had ideas what we wanted from a producer. Remember, I had done session work, and worked in the studio over the years, but others in the band had not. Never worked with digital. So the producer was crucial.” 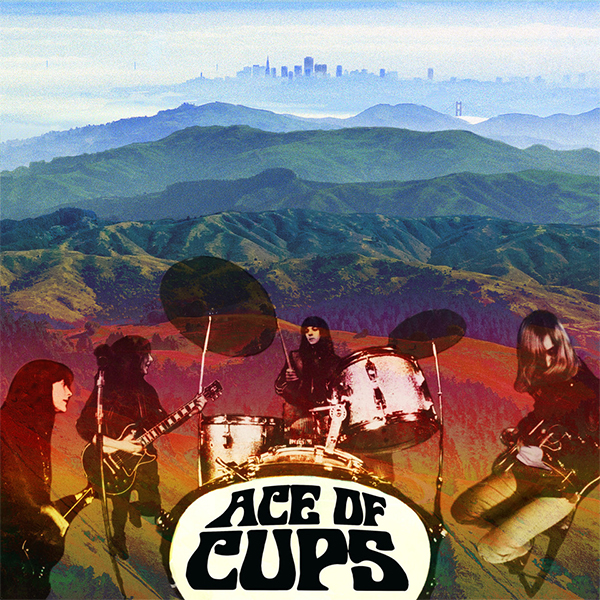 PURCHASE ACE OF CUPS VIA ITUNES

The search for a producer ended with Dan Shea, famous for his work with Santana, Mariah Carey, Barbra Streisand, Phil Collins and so many more.

“Diane knew Dan Shea for a long time, they grew up in San Fransisco together. She asked him for a recommendation for a producer. He said ‘I don’t have any idea, how about I come over”, and he brought some ideas. He started playing “Stones” (featured on their live album) on the keyboard with some different arrangements. So we thought he could produce us. He has a lot of experience and brings in a pop sensibility to the songs. And he really listens to the lyrics, which is extremely important to me.

“The first thing Dan asked was ‘do you want to make a nostalgia album or something to appeal to listeners today?’. We want to appeal to people today, but we can only be ourselves, our voices. But he totally pushed us. One song on the album, “Indian Summer” was written in Hawaii in the 1980s and I had recorded it with Kenny Emerson playing dobro. It was one verse, and Dan said that I needed to finish it. I said it is finished, and he suggested that I write more verses and finish it. So I did, and we brought Kenny back to play on the new version.”

This brings us to another discussion point for the new album, Ace Of Cups. The guests who appear on the album. Bob Weir, Buffy Sainte Marie, Taj Mahal, Jefferson Airplane’s Jack Casady and Jorma Kaukonen to name just a few.

“These are mostly people of the old days who loved and supported us, people we have known for years. It is a long community expression of support. It is also one degree of separation. We have known Taj for a long time, played shows with him. But Mary (Gannon) also taught Taj’s kids music. 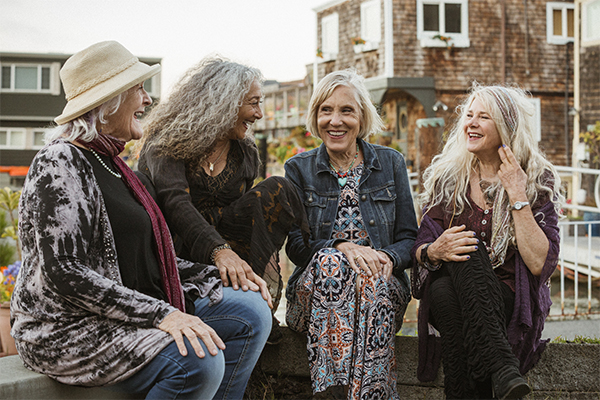 “I used to go and see Jerry Garcia’s Jug Band (Mother McCree’s Uptown Jug Champions) when I was 16 and met Bob Weir. Bob and I stayed friends for over 50 years. And I am sure if Jerry was around he would be on it too. Buffy is a dear friend and her son was a student of Mary’s as well. We played with good friends. Wavy Gravy too, but that is for the next album.”

“When we started recording with Dan, we said ‘should we do “Simplicity” or “Stones”?’ George said ‘do both.’ We had 80 songs to begin with and we have been writing since then and we wrote new songs. So one album became two, then it became a triple. So we decided to release the one double album now and later in 2019 another double which will feature Wavy, Jackson Browne and Sheila E and her family.”

It has been a long road  for Ace Of Cups. From sharing the stage with the likes of Hendrix, Jefferson Airplane, The Grateful Dead to finally getting to release their music their way 50 years later.

“There were no women rock bands at the time, being signed. At that time rock music was girls screaming at guys on stage. Janis and Grace Slick were signed, but they were also backed by men.  We were hippies, we were who we were, and did not seem marketable. Record companies directed the artist. We would not have responded well to being told how to dress and do things.”

Ace Of Cups were a band that were of their time, and their time has come. It has been a long time coming, but we now have the Ace Of Cups. The world can now share in what San Francisco has enjoyed for many years.

Born and raised in Whitby, Aaron discovered music through his love of The Beatles. This led to a career in radio, writing for various publications, and ultimately a radio show about The Beatles (Beatles Universe), which ran for over four years. When not immersed in music, Aaron enjoys spending time with the loves of his life -- his wife Andrea, and daughters Emily and Linda (all of whom have an intense love of music too).
RELATED ARTICLES
featuresstones