Features
288
previous article
SPILL FEATURE: LIKE TO GET TO KNOW YOU WELL - A CONVERSATION WITH HOWARD JONES
next article
SPILL CONTEST - WIN 1 OF 5 PASSES TO SEE RUSTY NOVEMBER 10 AT THE MOD CLUB THEATRE AS PART OF INDIE WEEK TORONTO 2017! 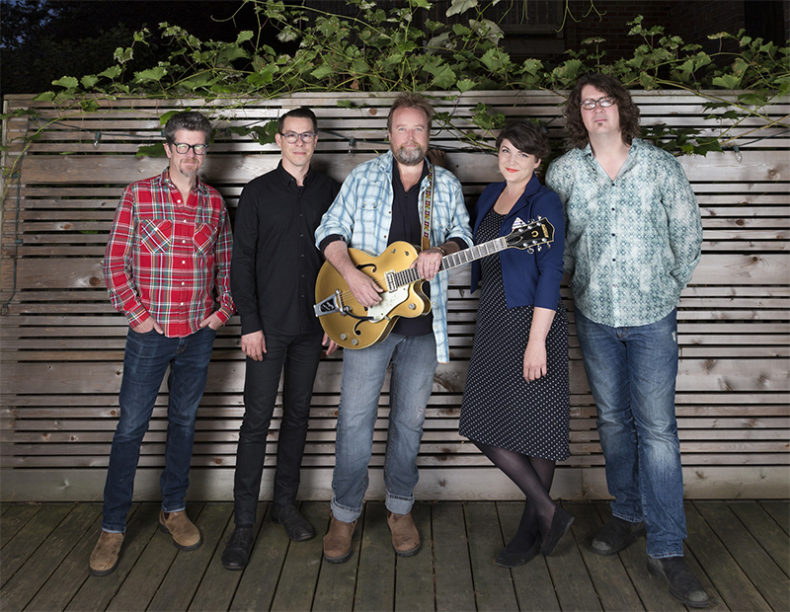 THE WARMTH OF THE SUN AND A LITTLE COMPASSION

Skydiggers have been around since the 1980s. It may be hard to believe, but it is true, and in fact, 2017 marks their 30th anniversary. To mark this occasion, Skydiggers not only have issued a new album, Warmth Of The Sun, but that album is their first to be issued on vinyl.

“It is very exciting,” says lead singer Andy Maize during a recent conversation. “I have heard the test pressing. I’ve been waiting 27 years to put out a record.”

In 1987, Andy Maize, formerly of the band Direktive 17, formed a duo with Josh Finlayson of The Ramblers. West Montrose was their name, and they later expanded to include Peter Cash (guitar), Ron Macey (bass) and Wayne Stokes (drums). They changed their name to Skydiggers, and went on to produce several stellar albums, tour, and create their own distinct style of folk music.

“We always wanted to make records that were timeless. We didn’t want to reinvent the wheel, just add to the quality of that wheel.”

Their debut album, Skydiggers, was issued in 1990, and even though there have been member changes, Maize and Finlayson have continued to pull musicians and produce a string of albums that have influenced other folk artists and stood the test of time. Their last studio album of new material, Northern Shore, was issued in 2012. Since then they have issued a Christmas album, Angels, which started life as an E.P. and was expanded into an album, and a tribute to Gene Clark, 2016’s Here Without You – The Songs of Gene Clark.

According to Maize, it was time for a new album.

“It had been five years since our last album of original material, and Josh and I have been writing before the Gene Clark album. We also had some songs from years ago and it was their time.” 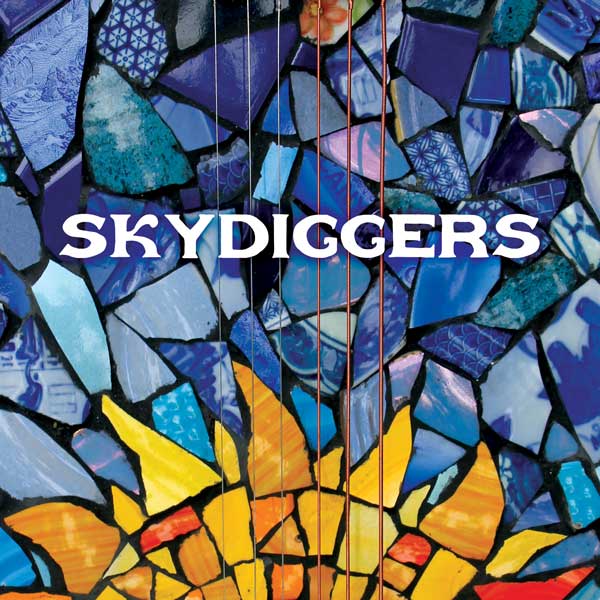 Joining Maize and Finlayson for 2017’s Skydiggers are Noel Webb (drums), Derrick Brady (bass), Jessy Bell Smith (vocals) and Aaron Comeau (guitar and keyboards). The band has worked so well together that Warmth Of The Sun was recorded live off the floor.

“The overarching theme was to go in and record with this band as live as possible. The band is playing well, and recording in this manner we could capture the energy, interacting with other musicians. We rehearsed, Josh and I brought in the material, and most of the bed tracks were done in two days. There was a total of two three-day sessions.”

Although the majority of the album was written by Maize and Finlayson, there are two cover versions on the album. One is “The Air That I Breathe”, an Albert Hammond song later made famous by The Hollies.

“Michael (Timmins, the producer of the album) was approached by some film people from California to have Latent Recording artists recording cover versions. We tried a Michel Pagliaro song, and “The Ghost In You” by the Psychedelic Furs. But we settled on this version, we thought it was a good version and a nice way to end the end. It earned its way on the album.”

“The other cover version is Tragically Hip’s “The Rock” from “The Depression Suite”, which was on their 2009 album We Are The Same. This came about due to The Strombo Show Presents Hip 30. We were asked to contribute a song, and we didn’t want to just do a karaoke song, we wanted to make it into a Skydiggers song.”

“It was the same with the Gene Clark album. I was always a Byrds fan, but then dug into Clark’s catalog and discovered he had been hiding in plain sight. The songs sounded like we could have written them, and I wish we had,” Maize laughs.

In releasing the new album, Skydiggers are dealing with a whole new music industry.

“Social Media has changed everything. When we first started, the biggest thing was the music video. Spending as much on one video that you would on an entire album just didn’t make sense. But now, 25 or 30 years later entertainment options have exploded.”

“When we sat down to record the new album, we have to be aware of all that but not focusing on it. The new album does not really have a theme, but as we were putting it together things revealed themselves. The album is about compassion for each other, be more honest and honest communication. That would be the message. We are just trying to carry on a tradition.”

Skydiggers have done more than carry on a tradition, they have soundly contributed to the tradition. They will be taking to the road in the upcoming months, which will give everyone the opportunity to experience this band live.

Warmth Of The Sun is available now on vinyl, CD, download and streaming through Latent Recordings.

Born and raised in Whitby, Aaron discovered music through his love of The Beatles. This led to a career in radio, writing for various publications, and ultimately a radio show about The Beatles (Beatles Universe), which ran for over four years. When not immersed in music, Aaron enjoys spending time with the loves of his life -- his wife Andrea, and daughters Emily and Linda (all of whom have an intense love of music too).
RELATED ARTICLES
andy maizefeatureslatent recordings

by Elizabeth Andrews on February 2, 2017
BARING IT ALL AN INTERVIEW WITH ANDREA RAMOLO Andrea Ramolo’s third solo album invites listeners into the raw realities of the post-breakup experience. That said, it would be limiting to [...]