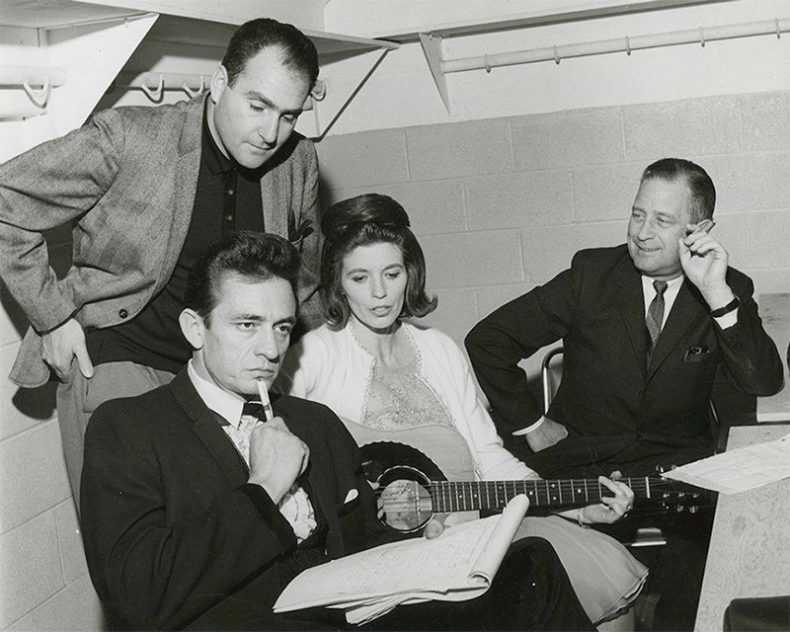 A CONVERSATION WITH JONATHAN HOLIFF

The University of Victoria Archives is the new home of a monumental piece of music history. On June 20, 2018, the highly-anticipated exhibit Volatile Attractions: Saul Holiff, Johnny Cash and Managing A Music Legend opened to a full house. A fascinating tell-all Q&A panel with Jonathan Holiff, son to the late Saul Holiff, manager to Johnny Cash during the country music legend’s pivotal rise to international fame from 1961 to 1973, ran after a screening of Jonathan Holiff’s award-winning archival documentary, My Father and the Man in Black (2013).

Volatile Attractions: Saul Holiff, Johnny Cash and Managing A Music Legend displays selections from a vast archival collection that details Saul Holiff’s various business endeavours (he ran a clothing store, among other businesses, before moving into show business), including the tumultuous relationship he had with The Man in Black. From over 5000 items, visitors to the exhibit can review some of the 600 letters, 1000 photos, various framed gold records, and roughly 60 hours of audio tape of personal audio diaries, as well as taped telephone calls between Saul Holiff and Cash. Saul apparently loved to talk and used the audio recorder as a means to organize his thoughts and emotions as “seeing a therapist was taboo in those days,” Holiff points out about his late father.

After his father’s planned suicide in 2005, Holiff moved home to help his mother with the estate. When the film I Walk The Line opened in theatres, a persistent journalist telephoned the Holiff residence insisting there must be more to the story as Saul was not mentioned in the Hollywood release. That’s when his mother passed Holiff a set of keys to a mysterious storage locker in Nanaimo, B.C., where his parents retired in the 1980s when Saul had stopped managing Tommy Hunter and the Statler Brothers to focus on his family – something that had taken a backseat while managing Cash’s career. 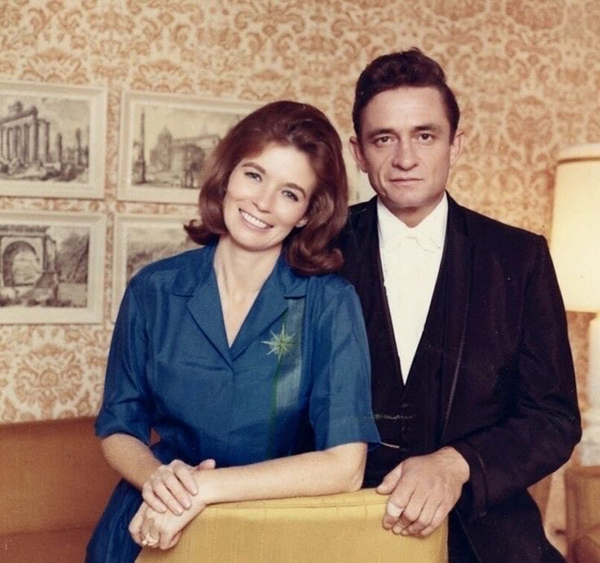 “My father was proud to say he ‘quit Cash’ – not the other way around,” Holiff says, remarking that it is rare for a manager to leave a superstar; often they are fired. But despite leaving a busy career, the items that made Saul’s career remained in near-pristine condition for Holiff to discover years later.

The most prized possessions Holiff found in his father’s storage locker included an audiotape Saul recorded at age 41, the same age Jonathan was when he discovered the recordings. He was also surprised to find Cash’s mugshot from Folsom prison, detailed accounts of the KKK threatening to kill Cash and the $75K settlement paid to Gordon Jenkins, the writer of “Crescent City Blues” of which “Folsom Prison Blues” is “cribbed” from.

“The items relating to the overdose in Toronto in 1966 were also pretty amazing to find,” Holiff says. “I had no idea about it.” Cash had left his final gig at the O’Keefe Centre and was partying with Ronnie Hawkins somewhere in Toronto the Good. Saul found Cash and considered rushing him to the Wellesley St. Hospital in Toronto but chose to head to the American border and go to a hospital in the US. Cash would later revive and “did two sensational, sold out shows” the following night in Rochester. 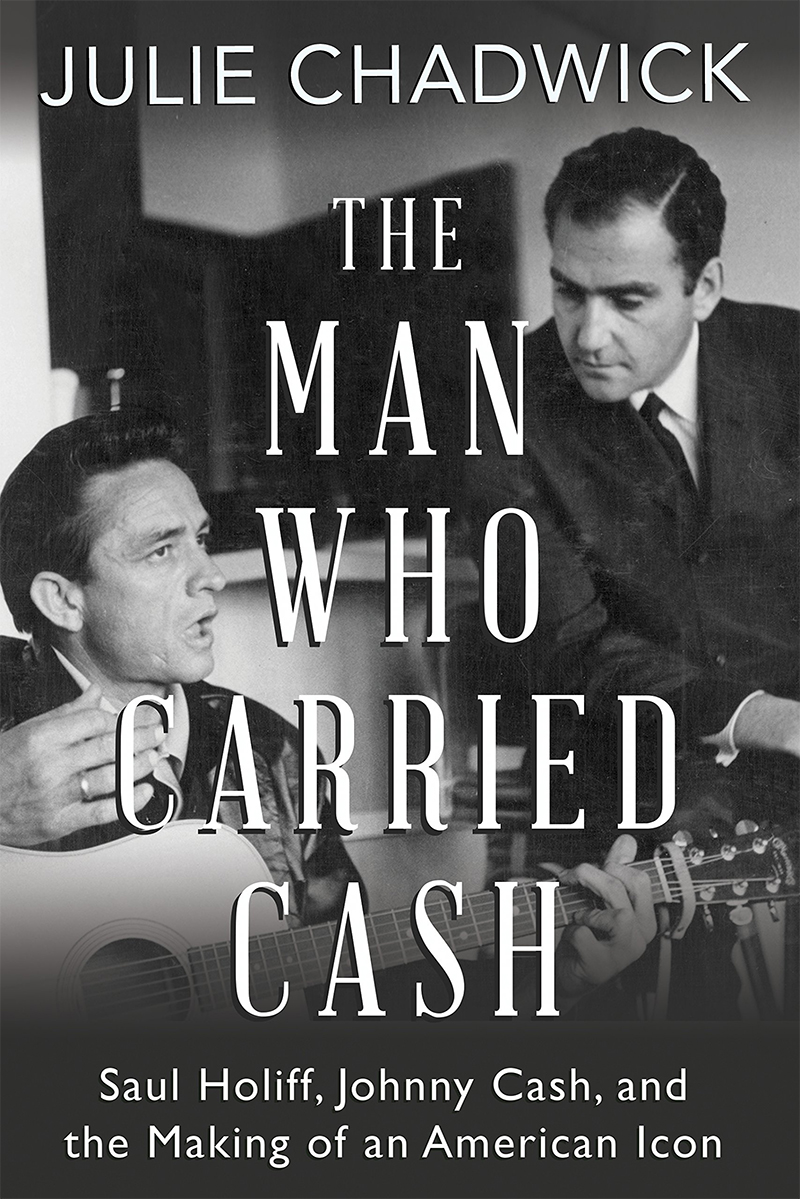 THE MAN WHO CARRIED CASH: SAUL HOLIFF, JOHNNY CASH, AND THE MAKING OF AN AMERICAN ICON BOOK REVIEW

The UVic Q&A, led by local arts writer Adrian Chamberlain (Victoria Times-Colonist), was followed by stories from special guests in the audience, including Heather Erskine, Holiff’s babysitter in London, Ontario, who recounted a story of Saul telephoning her with strict instructions to turn on all the exterior lights of the Holiff family home so that Johnny Cash and the group were able to find the house. She panicked as she couldn’t find the lights and, upon welcoming Cash into the house, he promptly passed out at her feet.

B.J. Cook, a showgirl from The Cave in 1961, shared a story of Cash attacking her when she innocently called him “queer” – she was naive and meant the term not as “gay” but as “odd”. Cash was under the influence of drugs at the time.

There is also the 10-page handwritten letter written by Cash to Saul and June Carter dated October 21, 1967. It was just after Carter announced she was leaving Cash, prompting him to turn his life around. “No one except my family and those mentioned in the letter have seen it.” Holiff mentions, explaining if it wasn’t for his father, he doesn’t know if Carter and Cash would have gotten together. Apparently Cash asked Holiff for help to secure a wedding license in London, Ontario, where he proposed to Carter.

The locker contained personal correspondence as well. “My father was such an organized business man I found the copy of my rental contract when I had to pay him $60 in rent,” Holiff laughs, adding that he himself promptly tore up his copy when he received it as a young man. Holiff left home and become estranged from his father for twenty years. He was tired of being managed by his father who had a strong sense of discipline and pride. “My father didn’t admit weakness or defeat,” Holiff shares, saying that he moved to LA to become “more successful than [his] father in the business – in the hopes of winning his [father’s] approval.” 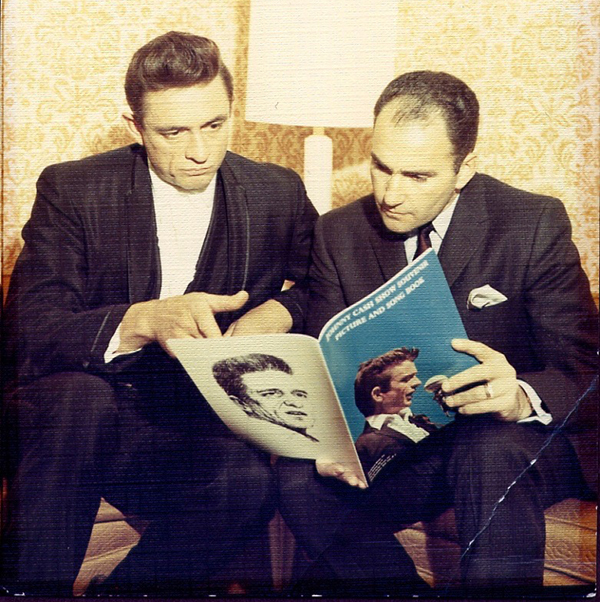 Holiff admits he resented Cash who always seemed to be a priority to his father over him. But upon listening to the tape and reading the hundreds of letters between his father and the country music legend, including his father’s response to questions on parenting that TVO’s Steve Paikin, a cousin, Holiff felt compassion for his strict and unyielding father. Ultimately the storage locker helped Holiff find peace with his father, seeing him instead as a man with his human share of shortcomings.

“If I can share anything from this experience,” Holiff said at the opening of our phone conversation, “it’s to make peace with your parents before it’s too late. Because you will likely not uncover a storage locker full of audio recordings.”

The UVic exhibit will remain semi-permanent physically with a permanent online display.

You can also learn of Saul Holiff’s career in Holiff’s beautiful, award-winning archival documentary My Father and the Man in Black (2013) or Julie Chadwick’s book, The Man Who Carried Cash: Saul Holiff, Johnny Cash, and the Making of an American Icon (Toronto: Dundurn, 2017).

Talia Wooldridge is an avid music lover, composer and ethnomusicologist who contributes artist interviews, live concerts, festivals and album reviews for Spill Magazine. She has written extensively on the intersection of music, personal identity and cultural symbolism with an early focus on Latin American Hip Hop and female Cuban rappers. In her spare time, Talia writes, composes music and manages Music Can Heal, a non-profit that brings live, award-winning musicians to inspire healing in hospitals, hospices and communities in need. Her next project is an interactive music-travelogue exploring music cultures and music travel around the globe. Follow her here: www.taliawooldridge.com + www.movetoyourownbeat.com.
RELATED ARTICLES
dundurn booksfeaturesjohnny cash