SPILL FEATURE: TO FEEL OUR HUMANITY IN SOLIDARITY – A CONVERSATION WITH NINA HAGEN 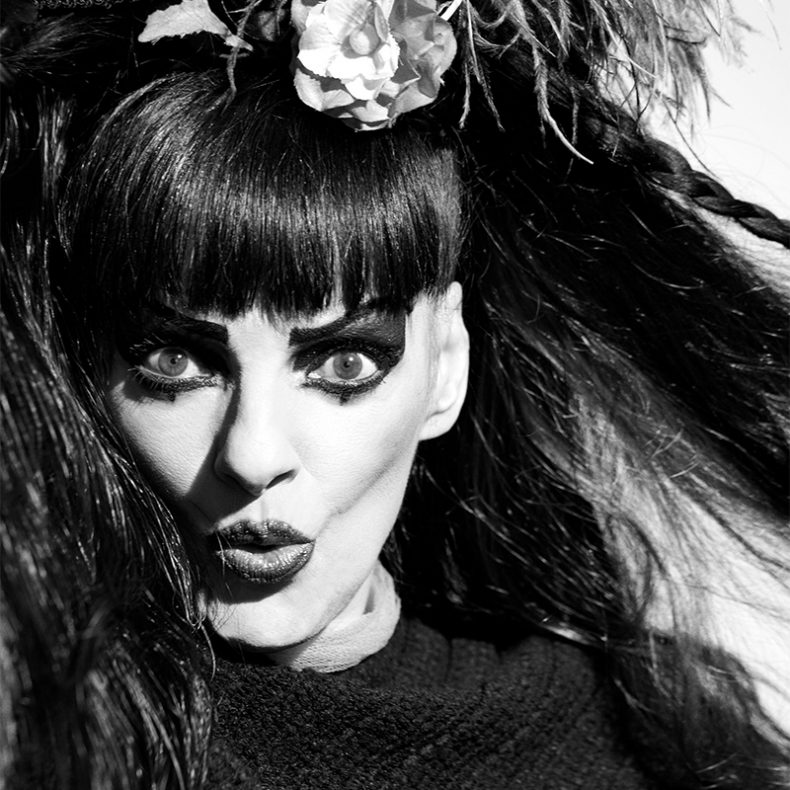 TO FEEL OUR HUMANITY IN SOLIDARITY

A CONVERSATION WITH NINA HAGEN

After nearly a decade without releasing any new music, punk rock queen and innovator Nina Hagen has made her triumphant return with “Unity”. The cult legend has teamed up with none other than P-Funk icon, George Clinton, for the psychedelic and incredibly timely track. Speaking on the topic of the single, Hagen digs deep into the global issues which sparked the collaboration and discusses her hopes for “Unity”.

As a pioneer for both punk and new wave music, “Unity” is refreshing and modern, yet distinct to Hagen’s incredibly unique style. She describes “Unity” as a “song collage” in reference to the seamless blending of punk, funk, psychedelia, and traditional African-American spirituals. It was inspired by the likes of Else Lasker Schüler, Sister Rosetta Tharpe, Wolf Biermann, and Bob Dylan, “revolutionary singers and songwriters”, as Hagen calls them, “and other socially critical songs that build up and enforce the love and the unity in the community”. Expanding on the significance of “Unity”, Hagen states, “The Song is built as an inviter and a reminder to enjoy and to feel our humanity in solidarity with enforcing our human rights for all of humanity”.

Perhaps, however, it was the wrongful death of George Floyd on May 25, 2020 that motivated Hagen the most. The world watched in horror as a police officer kneeled on the unarmed Floyd’s neck which resulted in a flurry of marches, protests, petitions, and the dismantling of colonial statues and institutions. Hagen adds, “The murder of our brother George Floyd, through choke-hold in broad daylight, witnessed by cameras and by the whole world, was something so heavily unfathomable, so dermassen Unmenschliches – dass es mir schwer fällt , es in englischer Sprache auszudrücken [so inhuman – that I have a hard time expressing it in English]. I witnessed several livestreams from the USA, then I contacted Warner, my co-producer, and we immediately started working on ‘Unity’”. Given the social importance of the track, it seems only fitting that Hagen has collaborated with Parliament and Funkadelic leader George Clinton. “My wonderful friend and brother George Clinton from the P-Funk-Connection was my very special guest on my song “Schüttel Mich” on an earlier album in the ‘90s, and he also co-starred in Peter Sempel’s movie Nina Hagen – Punk & Glory”. “He left me such a sweet and funky remark on my answering machine: ‘Hey Nina, this is George calling’ that I have cherished ever since”.

If “Unity” is any indication, it is clear that Hagen is on yet another creative peak, exclaiming “we are working on some fantastic albums–with love and thanks to Groenland Records!” It seems as though Hagen simply needed enough of a social motivator to light the fuse. She has sonically manifested her desires of love, compassion and social justice on “Unity” and it seems that she is only getting started.

A passion for music has always been a part of Gerrod’s life. As a young boy, he was raised on a steady diet of the music from The Chili Peppers, Aerosmith, The Stones, Prince, and others from his mum. Raised in the GTA, Gerrod continued to foster his love for music by attending a wide range of concerts and learning the drums. His unapologetic passion for music has no bounds and has spread to a wide variety of styles, whether it be the 90’s rock that sound tracked his teenage years, the jazz he studied in university, or his newfound love for hip-hop. He recently received his bachelors in music and education from York University and is passionate about writing and reviewing good (and less than good) music. Gerrod is also the drummer and songwriter for a Toronto based rock & roll band, One In The Chamber.
RELATED ARTICLES
featuresgeorge clintonparliament