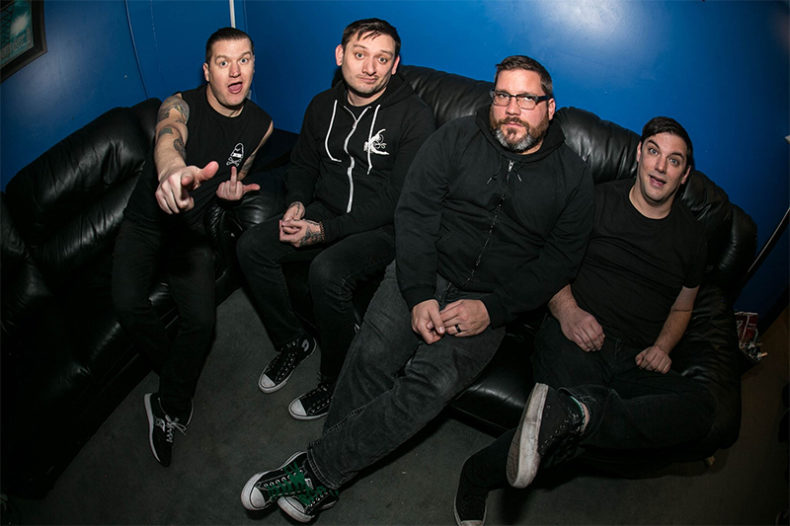 A CONVERSATION WITH TEENAGE BOTTLEROCKET

“I’m from Wyoming and I’m pretty punk rock when it comes to snowstorms.”

Ray Carlisle of Teenage Bottlerocket sounds perfectly content to do an interview while driving in a snowstorm, scrambling to get out of Wyoming for their next gig.

Teenage Bottlerocket’s eighth full-length Stay Rad! is out, and Carlisle is stoked about it: “I’m all about this, I love it.”

Stay Rad! is the band’s first original full-length since the sudden loss of Carlisle’s brother and bandmate Brandon in 2015. After releasing cover album Stealing the Covers and two-song EP Goin’ Back to Wyo in 2017, the “jitters” with new drummer Darren were out.

“This album was like, let’s go, kick its ass!” and its ass they did kick. Not one song is over three minutes long. As Carlisle jokingly puts it, “that’s as far as our attention span goes.”

Stay Rad! delivers all the goods you have come to expect from a Teenage Bottlerocket album… and a hell of a lot more. Present are the clever collaborative vocals by Carlisle and Kody Templeman, along with their meaty powerchords and bright solos. Miguel Chen’s octave-spanning bass riffs are delightfully punchy as always. Drummer Darren Chewka adds a flavour of his own while keeping consistent with the band’s sound: “Whenever Darren recorded, me and Kody were there making sure everything was cool with us… but we also let [him] have his freedom.”

Subject matter is a mixed bag of emotions, ranging from appreciative to nostalgic. The band’s well-known light-hearted tone is cut with some powerful messages.

“Everything to Me” was the first single released from the album, and the video features Carlisle’s son, Milo. “You mean everything to me” is repeated in the outro to the song. The lyrics ring true, as Carlisle and the others have helped Milo record his own music under the name Human Robots to be released on a 7” split with Teenage Bottlerocket this summer. Can you say raddest dad?! 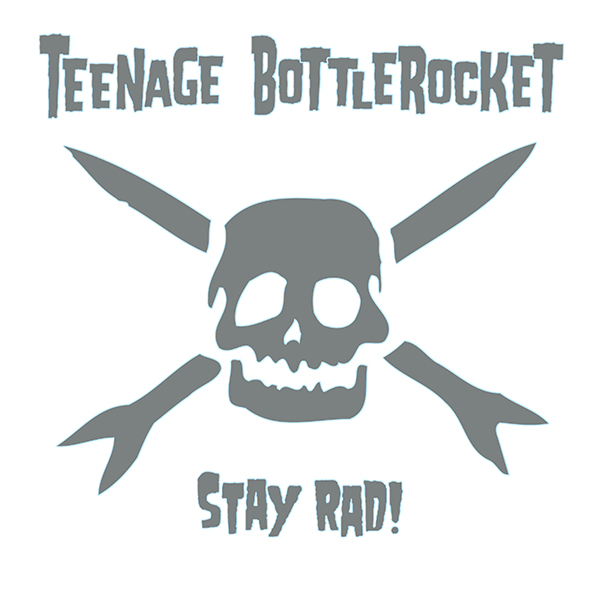 “Stupid Song,” despite its title, is one of the strongest songs on the record. Carlisle defends goofy songs, saying “not every song has to be, y’know, “Hey Jude”, or “We Are the Champions”.” The track is undeniably catchy, but towards the end, delivers a serious message. The lyric “When all you want to do is kill yourself / Just grab the dusty record off the shelf” speaks to the power that the band has had in helping fans. The band seems humbled by its positive effect of fans: “a lot of people have written me and expressed their gratitude towards our music because it helped pull them out of a harsh time in their life.”

“Anti-Social Media” describes platforms such as Facebook and Twitter as a “virtual combat zone.” Carlisle recently reactivated his Facebook account after his friend Robbie Ramirez was killed by a cop in Laramie in 2018. He says, “I was outraged at the lack of publicity… and made sure I let the world know what the hell was happening.”

There is a time or place when social media is appropriate, and while it is still important for bands to generate “stoke-age” about their albums and shows, the song illustrates that people have to be more mindful of the negative effects of social media. Mindless scrolling seems to be something that has infiltrated every aspect of people’s lives: “Backstage I’ve noticed it a lot… and it’s like, oh, this is what it’s become, this is punk rock backstage… everyone’s just staring at their phones.”

Stay Rad! is an emotional opus. Some songs will make you laugh, and some will make you cry. A real feeling of the punk rock community emerges on the album with Carlisle and Kody’s shared songwriting arrangement, as well as the display of Miguel’s songwriting skills in “I Never Knew.”

Carlisle gives credit to fellow musicians Trevor Reilly from A Wilhelm Scream and Jon Snodgrass for influencing a few of the song titles. Allegedly Reilly contributed the saying “A Wild Hair (Across My Ass)”, “…which is not really a figure of speech we use around the Wyoming/Colorado area.” Carlisle attributes the title of “The First Time I Did Acid Was the Last Time I Did Acid,” to Snodgrass, even though he may not remember saying it.

Carlisle who turns 41 at the end of the month, jokes about the occasional necessity of “vegetarian” downpicking during live shows. But on the album “the downpicking thing on guitar definitely captures the frequency that you can’t really get unless you’re doing it the right way, and it helps sort of define the Teenage Bottlerocket sound as far as bass and guitar goes.”

So what’s next for Teenage Bottlerocket? “We’re no longer teenagers… we’re gonna rename our band Middleage Pocketrocket or something.”

by Brianna Lawson on August 31, 2019
Strung Out Songs Of Armor And Devotion Fat Wreck Chords Strung Out is back with their latest album, Songs of Armor and Devotion. Here, the band returns with intensity and [...]

by Jonathan Del Pozo on July 19, 2019
Good Riddance Thoughts And Prayers Fat Wreck Chords “Now, you’re not naive enough to think we’re living in a democracy, are you, Buddy?” The sentiment uttered by [...]