SPILL FEATURE: THERE’S REALLY NOTHING TO COMPLAIN ABOUT – A CONVERSATION WITH JOHN FLANAGAN 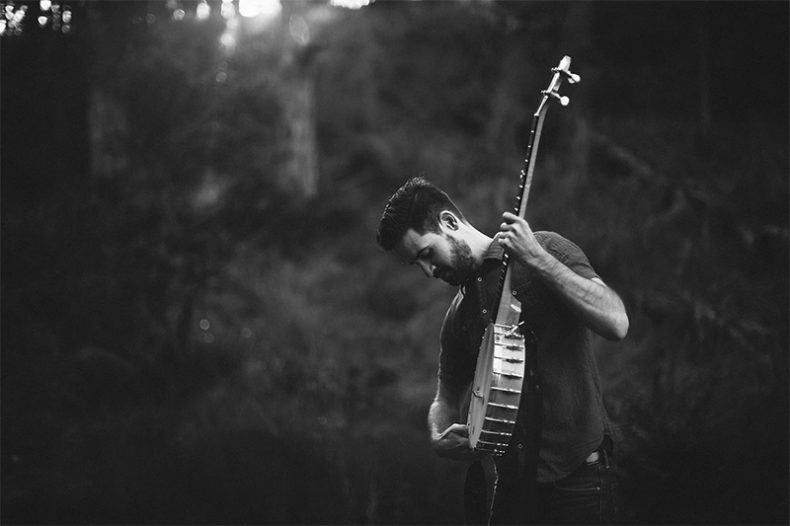 THERE’S REALLY NOTHING TO COMPLAIN ABOUT

A CONVERSATION WITH JOHN FLANAGAN

John Flanagan may be described as a singer/songwriter from Australia, but that is only one part of who he is and what he does. John Flanagan is an artist, and along with Liz Frenchman (double bass) and Daniel Watkins (guitar), heads up The John Flanagan Trio. Flanagan taps into folk/country and comes up with his own take on said genres.  Flanagan sings, plays guitar/banjo,, and writes the songs and very soon they will be releasing their new album, Honest Man.

“’Honest Man” is the name of one of the tracks on the album,” said Flanagan recently. “It comes from the refrain in the song  — “You’ll make an honest man of me”–  so I’m not necessarily calling myself an honest man. The song itself is quite a real and honest account of new love.” Flanagan adds, “My style of songwriting covers a range of subject matters but often sinks down to raw honesty and so I felt that this song title represented the full album.”

Flanagan has released a number of albums in the past as John Flanagan, the most recent being 2016’s There’s Another Way To Where You Are Going but Honest Man is the first album credited to The John Flanagan Trio.

“I play with two amazing musicians, Dan and Liz. I write the songs, however these guys have had more and more input into the arrangements over the last couple of years. I really value their ideas and input and this plays a big part in our sound.”

For the record, the trio had some guests join them on the album. “We worked with producer Erick Jaskowiak, who is a master within this style. Steve Vella was our tracking engineer. It was mostly recorded ‘live’ with all the players recording together in the same room. The album features The John Flanagan Trio, as well as guest musicians Justin Olsson (drums), Kat Mear (fiddle) and Pete Fidler (dobro/lap steel).” 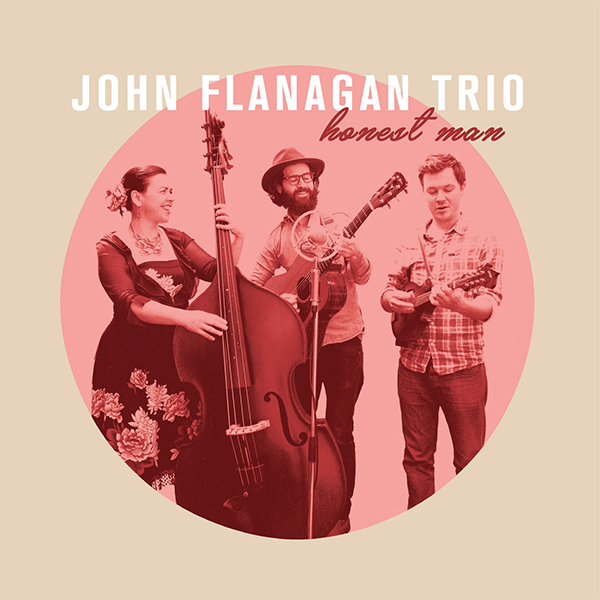 The album, Honest Man, is preceded by the single “Something To Complain About”, which features a brilliant video. “I originally had a different concept for the video that would have involved different locations and a lot of extras but I changed it to something that we could do on a tight budget with a limited time frame,” says Flanagan. It’s shot on my front porch. I knew we had a cool front porch and it would be no hassle to shoot it at our place and then I thought up a way to make it a bit more creative. It was a lot of fun to do it in one take the way we did.”

Flanagan is part of a thriving folk/roots/country scene occuring in Australia. “The fact that there are a lot of great folk festivals all around the country must play an important role. The folk festival community here is a special one, and really brings together the music loving community with a community of talented folk musicians from Australia and beyond. There are also great folk music communities within the capital cities. I love the community that is inherent in the folk festival scene.”

‘My lyrics are often inspired by the places I know and local stories and people. I’m also influenced by Australian singers such as Paul Kelly (who I sing about in The Last Of the Cassette Men). North American folk and country music is also a big influence on the band so there is a melting pot between Australian songwriting and Americana musical influences.”

Flanagan was also inspired to write a song for Honest Man after a visit to Canada. “‘“ Place Untouched by Man” is a somewhat cynical reflection on those naturally beautiful places that become so popular they lose the thing that made them beautiful. I was blown away by the natural beauty of Canada. A lot of people told me to go to Lake Louise. It was beautiful but not my favourite place. I prefer to be alone in nature surrounded by the wilderness.” 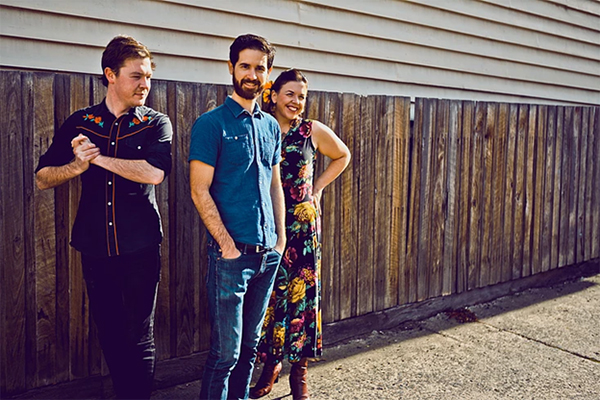 This is a busy time for Flanagan, as he gets set to promote Honest Man with interviews, television appearances and a tour. He also found time to help out fellow Australian artist Lucy Wise on her recent album, Winter Sun. Keeping such a schedule can be very hard for any artist, but especially an artist who is also a new father. “I’ve got a 7 month old son at home so busy takes on a new meaning. Actually the Lucy Wise recording just took 1 day (my parts at least). The main challenge is balancing fatherhood and music. I’ve got a very supportive partner who is also helping me with the admin side of music. I’m on tour at the moment and my partner and son have come along for parts of the tour. We’re currently having a few days off in Sydney. I book my own gigs so I just try to space it out and try to allow for some breaks and weekends off. The album tour is a busy time but after that finishes up in July I will have some down time during which I can work more on writing for future albums.”

“The song “Nomads” is  a song about being torn between the musical life of travel and adventure and the life of love, family and routine. Some people are pulled mostly in one of those directions. Personally I find that I am pulled in both directions and it takes hard work to find the right balance.”

It seems that Flanagan has the balance right, as he gets ready to launch a new chapter in his growing career. Honest Man is a brilliant album, and one can only hope that we see him on our shores again, very soon.

Born and raised in Whitby, Aaron discovered music through his love of The Beatles. This led to a career in radio, writing for various publications, and ultimately a radio show about The Beatles (Beatles Universe), which ran for over four years. When not immersed in music, Aaron enjoys spending time with the loves of his life -- his wife Andrea, and daughters Emily and Linda (all of whom have an intense love of music too).
RELATED ARTICLES
featureshonest manjohn flanagan trio