SPILL FEATURE: THERE’S NO SLOWING DOWN – A CONVERSATION WITH JOHN MAYALL 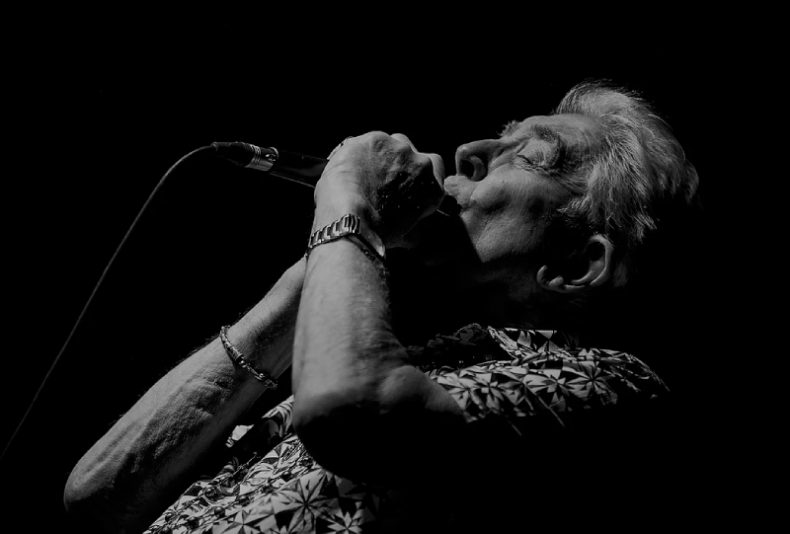 THERE’S NO SLOWING DOWN

A CONVERSATION WITH JOHN MAYALL

At the age of 85, and well over 60 years since his career began, blues legend John Mayall could take it easy and ride off into the sunset on his past glories and accolades. That, however, is simply not the case. Mayall has not only released his 35th album, Nobody Told Me, earlier this year, but he is currently planning an extensive tour which will engulf much of the rest of 2019. Speaking on his legacy, Nobody Told Me, as well as his upcoming tour, Mayall exudes a level of passion and drive that is often found among the most promising of aspiring artists.

From June 13 to August 31, Mayall and his band will tour extensively across America. In the following month, his European tour will kick off on September 28. It will take him through France, Spain, Germany, Switzerland, Netherlands, and all throughout the UK, among many other countries, stretching until November 20. To call his touring schedule rigorous is an understatement. Mayall elaborates, “it’s a different show every night, there are so many songs to choose from which keeps things interesting to us… It’s a very simple operation for us – there is no crew, just a road manager – so we can do it every night and keep it fresh and changing every night. That’s the way I’ve always done it and I can’t imagine it another way”.

This is only more impressive when you consider how many artists – including Elton John, Ozzy Osbourne, Paul Simon, and Kiss – in the last tour years have embarked on farewell tours, and Mayall refuses to throw in the towel. “I think where the artists you mentioned put on much larger productions – you can only do that for so long. For us, we just play, get in the van, and it’s on to the next show,” Mayall explains, “there’s no slowing down.” 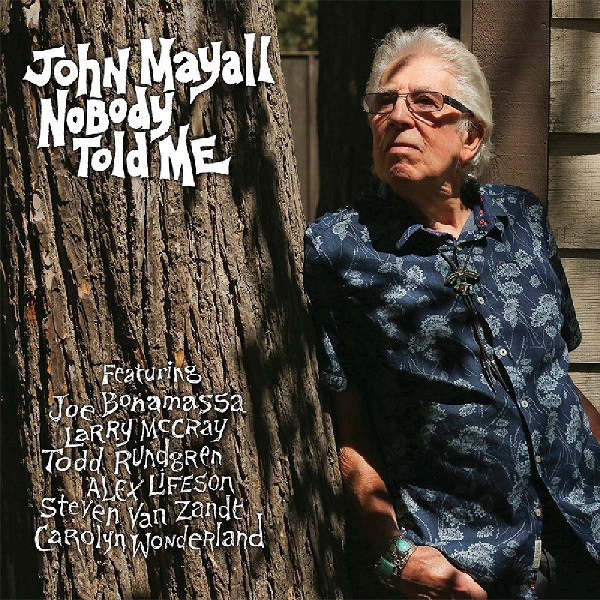 PURCHASE NOBODY TOLD ME VIA ITUNES

Released on February 22 of this year, Nobody Told Me, is a stunning example of traditional blues written and performed in the modern era. Over the course of ten tracks, Mayall effortlessly reminds his audience why he is among the greatest blues artists of the past century, while he also takes the time to feature a range of guitarists – including Alex Lifeson, Joe Bonamassa, Todd Rundgren, Steven Van Zandt, Larry McCray, and Carolyn Wonderland (who is currently a part of Mayall’s touring band) – who further bring his work to life.

Speaking about the album, Mayall states, “we cut the tracks in about three days, and then I record the stuff that goes on top of it… We use live tracks – only the first or second take – before it gets stale.” Referring to the guest guitarists on the album, he adds, “the thing about this one was the surprise of having all these great guitar players putting their take on it. It was a real thrill to me in that aspect and you’d never know it from listening to it, as it sounds so together. Itjust goes to show with the right people, we can all speak the same language.”

In conversation, Mayall not only commands attention, but garners a feeling of pure admiration. His musical integrity and creativity are matched by his enduring sense of hustle and passion. Rather than perform sparsely on his name alone, Mayall simply refuses to stop making and performing. His dedication to his art is deserving of the utmost respect, is incredibly inspiring, and is only furthered by the continuous level of quality, as heard on Nobody Told Me. Mayall’s legacy should not only be centred on his contributions, as a musician and songwriter of the blues, but should be recognized for embodying an endless and persistent hustle.