Features
87
previous article
SPILL ALBUM PREMIERE: THE CLAIM - THE NEW INDUSTRIAL BALLADS
next article
SPILL FEATURE: I WISH I WAS A FISH, HIDING AWAY FROM ALL THIS NONSENSE - A CONVERSATION WITH TERRY DRAPER (EX-KLAATU)

There has been a great deal written about Alex Chilton.  He was 16 years old when he had his first chart topper with The Box Tops (“The Letter”), and by the age of 21 he formed the cult band Big Star, a band that never strove for cult status, and their lack of success is still a puzzle. By the 1980’s, Chilton had carved himself an image and became the poster child for alternative rock. By the time of his death, in March 2010, he had been through it all and back again. In between the image and stories was numerous, and I mean numerous, recordings that fans could spend the next few years exploring. Now, in 2019, some new material has been released, courtesy Bar None Records. From Memphis to New Orleans, a compilation of studio recordings from 1985-1989 and the even more interesting Songs from Robin Hood Lane. One of the people responsible for Songs from Robin Hood Lane is bassist and producer Ron Miller.

I had the chance to speak with Ron Miller recently about the album.

“It is a combination of a couple of reissues. I had played with Alex quite a bit. I had known him in New York City, when he lived there for a couple of years. We lived in the same building in the Lower East Side. He moved to Memphis. Later, I moved to Memphis to play in the Memphis Symphony. I didn’t know anyone so I called Alex, and he invited me to hear his band on Saturday night. He was with Panther Burns. I happened to be performing in a concert with the symphony that night so I went after our concert in white tie and tails. The next day he called me back and said he had been talking to the guys in the band and asked if I would come and play with them. I was not sure I was interested but I joined.” 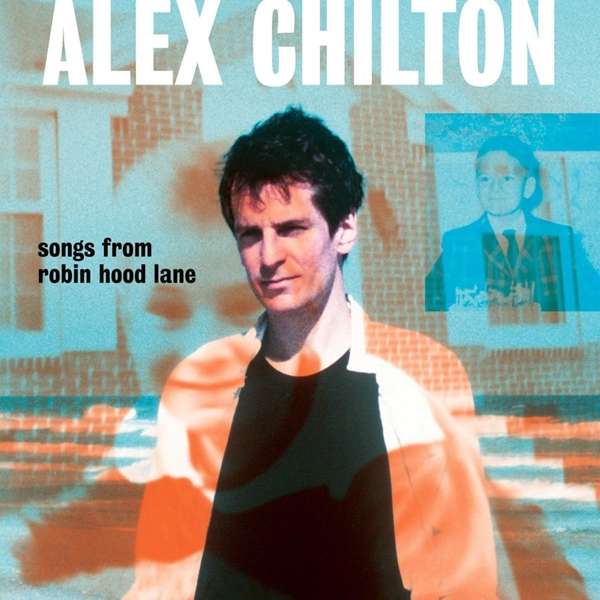 Miller was now working with Chilton, but leaving the band and symphony to move back to New York City. Even though Miller came from Detroit and had played rock and roll for many years, he moved towards jazz. In 1991, Miller was involved in a Chet Baker tribute album with his band, Medium Cool (Imagination).

“I thought of getting rock stars singing Chet Baker songs, and since Alex’s dad was a jazz musician he would be interested. So I brought him in with my band (Medium Cool) and he recorded four tracks for that album. We recorded that album in a studio in Flatbush. It had great acoustics and a good sound board. That album came out on Rough Trade. For my  next project, I then thought about getting some alternative bands to interpret the great American songbook. So Alex recorded some songs for that, but that album never got released. So the new album, Songs from Robin Hood Lane compiles all of those sessions.”

Miller was very familiar and comfortable with jazz, as well as classical. Chilton, however, had his roots firmly in rock ‘n’ roll and pop. One would think that The Great American Songbook or Chet Baker’s music would be a stretch for Chilton.

“Alex was a self-taught musician, but he worked with and learned from people like Steve Cropper. He tried to play with his father but that didn’t work out. Listening to the Box Top’s stuff and you would never think it was him singing on these songs. He was very comfortable with this music. I had picked out half a dozen songs and let him pick from those.

“Alex liked experimenting, he would experiment with a lot of different things,” remembers Miller. “We did a tour with me, Doug Garrison and Alex and he used to sing things like “Volare” and did really well. Sometimes I would hear him playing “Bach Second Orchestral Suite –  First Movement” on guitar, and I would think ‘Hey I can play this’, so I would grab a bow for my bass.” 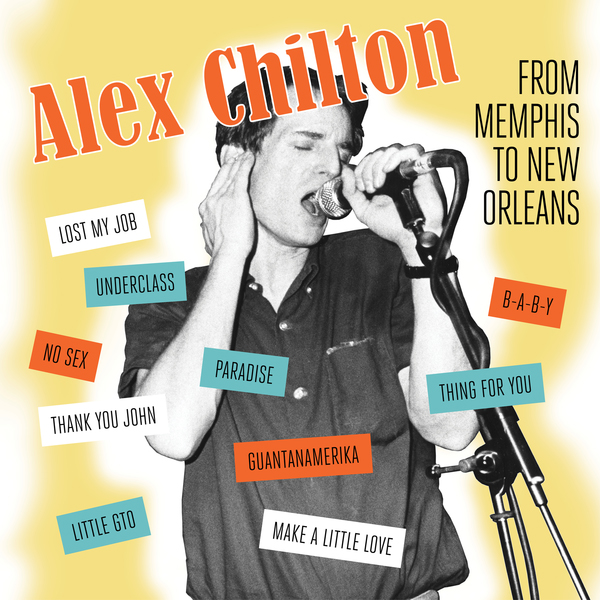 PURCHASE FROM MEMPHIS TO NEW ORLEANS VIA AMAZON

Since 2010, there have been a number of reissues and releases of rare or previously unreleased songs by Chilton.

“Bar None had heard I had the tapes. They used the tapes for this album. The second part of this album is just Alex and his acoustic guitar. They decided to intersperse the stuff I did with the acoustic playing. Glenn Morrow picked out the track order and I think it works nicely. It sounds really good, it doesn’t sound dated at all.”

The album, Songs from Robin Hood Lane, shows Chilton in a slightly different light. The truth is that Chilton was talented enough to try many different styles and genres. For Miller, who no longer plays music professionally, his memory of Chilton is very positive.

“Listening to this music, lots of stuff flooded back. The tour of me, Alex and Garrison are great memories. He was in a good place in his life at that time. He was a big rock star who was screwed by the music industry. But he had called me and said can you do a tour with me, and I said ‘I don’t know your stuff’. But he comes to New York for a couple of dynamite rehearsals, just me and him. We drove to Washington to play a club at 9.30 pm. First time we had played with the drummer. But it was great. Alex was very professional, no drinking, a great tour, totally good. There are recordings of that tour that have never been released.”

Perhaps in time those tapes will surface, but at present we have two albums of Alex Chilton to enjoy. Songs from Robin Hood Lane and From Memphis to New Orleans. Thankfully we have people, like Ron Miller, who can relate stories about Chilton and can help with such releases.

Born and raised in Whitby, Aaron discovered music through his love of The Beatles. This led to a career in radio, writing for various publications, and ultimately a radio show about The Beatles (Beatles Universe), which ran for over four years. When not immersed in music, Aaron enjoys spending time with the loves of his life -- his wife Andrea, and daughters Emily and Linda (all of whom have an intense love of music too).
RELATED ARTICLES
bar/none recordsbig starfeatures
8.0