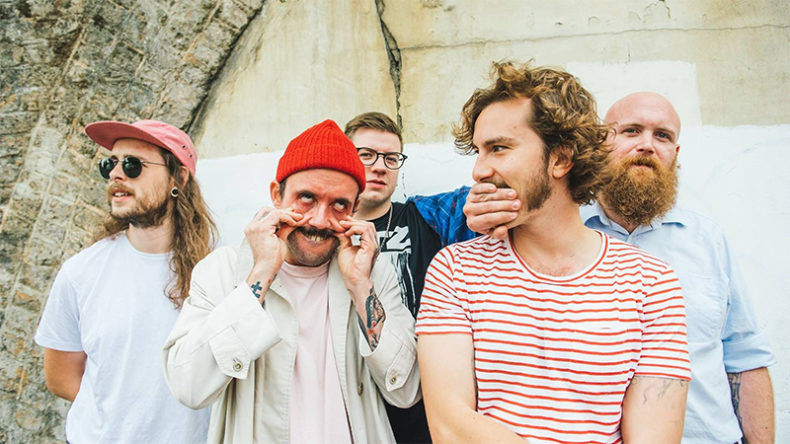 THE SIGNIFICANCE OF SOUND AND FURY

There is a palpable duality to IDLES. In conversation, they are as open and considerate as their music is raw, punishing, and powerful in concert. But perhaps ‘duality’ is an inaccurate descriptor, for it is abundantly clear from the first few minutes of speaking with lead singer Joe Talbot and guitarist Max Bowen, that the raw passion and fury of their music comes from precisely the same spot as their openness: this is a band that brings a thoughtful and deeply authentic approach to seemingly all they do. During a 45 minute interview in which we covered such topics as the class system, race, neo-liberalism, education, and the sources of inspiration for their music, there were some definite highlight. 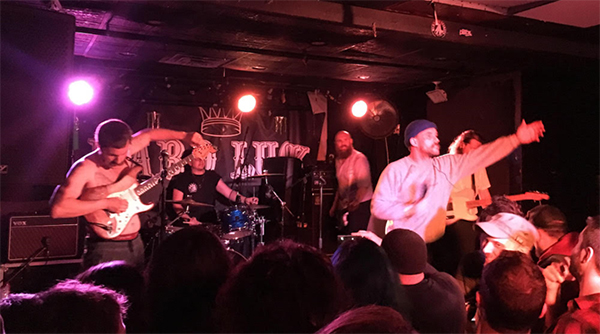 On the impact on their music of being from Bristol:

Joe Talbot: “I think we’re more affected by the musical community (in Bristol) rather than the music itself. As a practice, people in Bristol celebrate difference is what I often say, that’s just how it is. There’s an idea, from before the ’90s, that subversion is key. Bristol feels like a little pocket, like our own world away from the rest of Britain. I think it’s more about we’ve been influenced to be free to be able to express or explore who we are.”

On the comparisons that exist between grime and punk:

JT: “Why I love grime so much and why Bowen loves grime so much is cause it was vehemently a strong community from South London who had fuck all that made something that was truly theirs and they didn’t ask for anyone else to give a fuck and what they made is something really exciting and potent and important.  It is similar to the hardcore scene that happened in the ’80s, it is similar to the punk scene. It’s about small pockets of communities of people who just get together and enjoy what they’re doing and then that becomes something.”

On what comes next for IDLES:

Max Bowen: “I think we work better under a context or a construct, sort of like the idea of Brutalism and what that means to all of us was an important concept to work creatively together.  So for the second album, we’ve had an idea for that and we’ve worked around that, so I think at the minute we’re looking at the third album.

JT: We started writing the second album right after the first album came out, like we had it all written by the time we were touring. ‘Brutalism’ was a reactionary album for us where we got into a room and wrote, to try to really do something we loved and obviously my mom dying and other stuff just sort of kicked me into touch and eradicated any fucks that I gave before about my writing. The second album has come from a place of similarity to that in a way but to a much more self-aware level, like we had to eradicate our self-awareness. We’re very much better musicians, we’re very much more in tune with each other as musicians and as friends, so we kind of more know where we are now than the first album.” 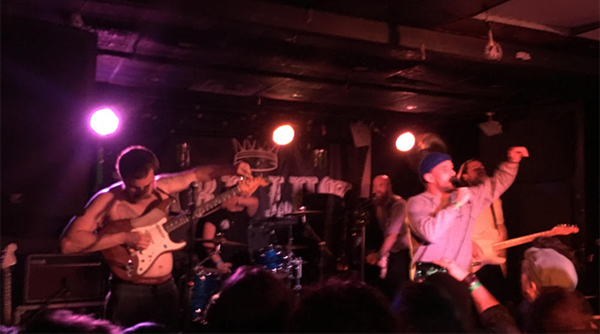 Lead-singer Joe Talbot began prowling the stage well in advance of their 10:30 set time, holding himself like a spring held taut. As the rest of the band made their way to the stage, it was clear that it was not just Talbot who was itching to perform, especially guitarist Max Bowen, who began to dance shirtless across the stage before an instrument was played. The moment of release was palpable for both the band and the fans as they launched with equal enthusiasm into the opening notes of “Heel/Heal”. The speed at which the band and fans developed a shared, almost symbiotic relationship was breathtaking; the passion of each was electric and it was clearly fulfilling for Talbot to be able to stand back from the mic as the audience screamed his own lyrics back at him. There was little let-up, aside from Talbot checking in with the fans to make sure that everyone was feeling safe, and the 50-minute set flew by in a flurry of raspy vocals, sweat-soaked enthusiasm, and arms and legs thrown around the dance floor. Though it is difficult to identify one particular performance that stood out musically, the deeply personal nature of “1049 Gotho” was a powerful reminder to the audience of the destructive nature of depression, a point very clearly channelled through Talbot’s delivery.

IDLES at Hard Luck was a thunderous performance from a vital, authentic band; equally, it was an interview that further underlines how artistic relevance needs thoughtful construction as its foundation. IDLES are an act not to be missed, having delivered a performance that will live long in the memory.

Br. lives in southern Ontario, grew up on The Beatles and The Journeymen, spent his adolescence immersed in grunge, and his adulthood in British alternative. His greatest joy is seeing his son dance and grow into his own appreciation of the indescribable joy of music...
RELATED ARTICLES
featureshard luck baridles