SPILL FEATURE: THE SELF-PROCLAIMED KING OF SIN – A CONVERSATION WITH DAEMON GREY 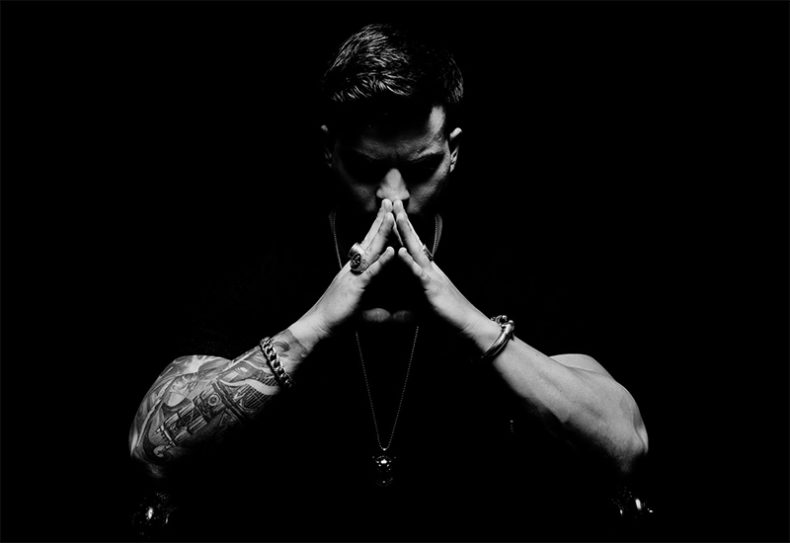 THE SELF-PROCLAIMED KING OF SIN

A CONVERSATION WITH DAEMON GREY

Grey began cultivating his flair for ‘devil sex rock’ in childhood, when his older sister’s even older rock and roll boyfriend introduced him to heavy metal. ‘I’m pretty grateful for this’, he admits, ‘when I was only ten I had some 28-year-old dude hand me three death metal records…I got obsessed. Basically the story goes… my brother locked me in a room and was like you’re gonna listen to Slayer and you’re gonna like it. So, I instantly fell in love with it’. This, however, was not the first sign of Grey’s musical superpowers; it was clear he was destined for a life of sex, devil worship, and rock and roll as soon as he began ‘head-banging in the womb’. This eerie rock ‘n’ roll spirit that possessed him became more potent as his metal fever grew: ‘Until I was like 13, I used to head bang to get to sleep, just bang my head against my mattress’, Grey confesses somewhat proudly. Grey formed his first band in high school, describing it as a ‘Pantera/Hatebreed influence’, and though they played dive bars across southern Ontario, giving Grey his first taste of live performing, it didn’t work out. He hopped between metal bands throughout the remainder of high school and through university, but nothing stuck. ‘Bands are tough’, Grey explains, ‘people got pregnant, different things happened…eventually I decided to just do it myself’.

But doing it yourself is hard. Daemon, luckily, doesn’t have to, having gotten signed with big-shot producer Gavin Brown (Metric, Three Days Grace, Billy Talent,) early in the game. ‘I got fed up with all the fans and half-assed production’, Daemon gripes, saying he ‘needed to basically go big or go home’ – and instead of going home, he went to see Gavin Brown. He sang two songs for Brown, both of which are coming out soon: “Stoned and Alone” and “I Don’t Wanna Grow Up”.  ‘I wrote [“I Don’t Wanna Grow Up”] when I was high on mushrooms and I told [Brown] about it and sang it to him’, Grey recounts, and he has been with Brown ever since.

Of course, to complete his newfound rocker persona he had to change his name to something more rock and roll. He chose ‘Daemon Grey’ originally for the sharp sound – ‘I liked the flow of it…two hits, two syllables’ – but he ended up connecting to it more deeply than he expected. ‘It turns out the way that I spell ‘Daemon’ also has to do with this spirit in philosophical law of Thelema which was developed by Aleister Crowley, a crazy magician black sorcerer dude, so it all actually worked out pretty well’, Grey explains. ‘I got that symbol tattooed on my chest before I even picked the name, so once I realized that both things coincided I was like “fuck it, that’s my name”’. 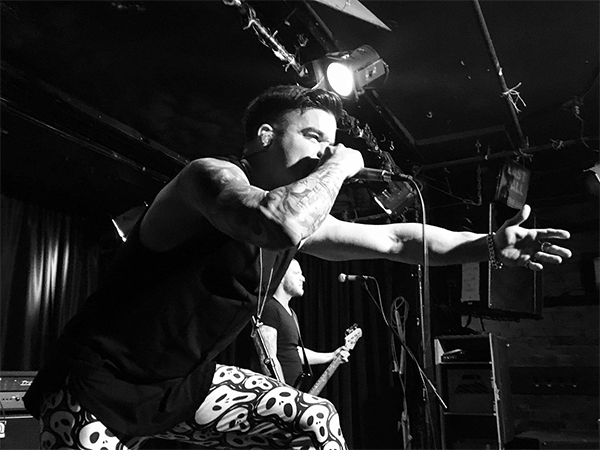 Turns out that the “shit [he] really like[s]” is the presence of women in the heavy metal scene, as Grey aims to make music that is, ‘inclusive to women and not trying to be classic metal, super macho, and scary’. He insists that feminine energy is essential to rock and roll: ‘There’s this macho thing that I think has kind of plagued heavy music…but if you look before all that at some of the biggest rock acts like Prince or Michael Jackson, it had more of that glam appeal, more of that edgy, sexual, feminine energy, and that’s what made the music huge…you need women to want to party to that music so it’s a party’. Grey doesn’t feel the need to brand himself as a tough guy, and would classify his style as ‘gothy glam with a hint of metal’, though he believes that, ‘the music will speak for itself…the truth of the show and the brand is it’s more about being inclusive to women, guys, gay, straight, whatever, and having a fucking party’. He’s pretty emphatic about women being a crucial element of the heavy metal scene, and he makes some good points: ‘I’ve been going to metal shows my whole life and it’s not as much of a party if it’s just a bunch of weird dudes standing, jerking each other off’, he quips.

Above all else, Daemon hopes his music makes people want to party. ‘I’ve got [a new song] coming out called “I Like the Taste of Blood” that’s basically an ode to horror, gore, and has got a sexy component to it…it’s about making metal and horror and gore and drugs and all those kinds of things not so serious, making them fun’.

Daemon’s playing an upcoming show at The Drake, date TBA, where he’ll be playing most of his songs for the first time, and he’s intent on bringing ‘back the fun, the sexiness’.

Isabel is an English major at the University of Toronto, and spends most of her time reading books, listening to punk rock music, and writing for anyone and everyone willing to read it. Raised in Toronto, her somewhat eclectic music taste has been shaped by a healthy mixture of mosh pits and Mirvish musicals. She thinks live music is the highest form of entertainment.
RELATED ARTICLES
features