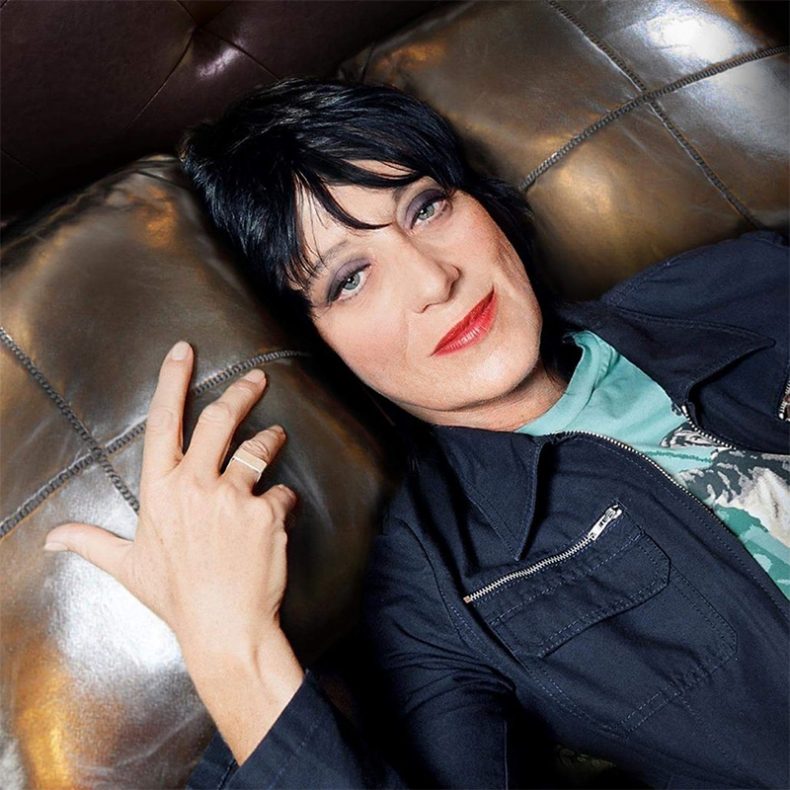 THE LOOK AND THE SEXUAL CONFIDENCE

A CONVERSATION WITH CAROLE POPE

Carole Pope remains in every way as committed to the cause as she ever was, age has in no way tamed her, and she remains committed to environmental causes as well as LGBT issues. Her passion for these issues remains undimmed.

Her latest work, the subject of this interview, is her collaboration with Canadian synth-pop group Church of Trees. Lead single, “World’s A Bitch,” connects the listener into the fight against Covid-19, the need for the vaccine and how the pandemic has wrecked lives.

Although born in Manchester, UK, Pope notes that she left aged five, so it left no impression upon her. Pope shares that she lyrically loves the track, it is a dance number that hits all the right notes and passes the message too.

Although now living in New York, Pope is a legendary Canadian musician, winning a Juno Award in 1981 and 1982 for “Best Female Vocalist”. She is a distinctive vocalist, able to blend rock with pop. She also plays acoustic guitar, strumming a good tune. However, she points toward a falsehood on her Wikipedia page that says she plays the drums, she doesn’t and never has! ‘I don’t know who writes these Wikipedia pages, but honestly they seem to make it up as they go along sometimes, someone comes on and changes a bit here and there…’

As befits a platinum-selling artist with her band Rough Trade, Pope has worked with some of the big-hitting names in the business. One name coming forward in conversation was Bob Ezrin, who Pope met first when she was 18. Ezrin, producer of Kiss, Pink Floyd, and Alice Cooper, among many others, put Pope’s name forward when there was a search for someone to rewrite some Dave Gilmour material, but nothing really materialised from this interesting project.

“‘High School Confidential” was a real breakthrough track for Rough Trade. Considering the explicit nature of the material, it is surprising that the song got mainstream radio play at the time. It was actually written for Mink de Ville to perform, but went platinum in Canada.

Still working hard, the biggest project on the horizon for Pope now is ‘a project on my brother Howard, who I lost to AIDS in 1996’. It’s been a project coming to fruition for a while, close to her heart and, although Pope writes with an upbeat fashion, the loss of Howard is something she is still coming to terms with all these years later.

Pope has always been a visual artist, the leathers and bondage gear worn long before Madonna, and grabbing her crotch before Michael Jackson discovered his. Speaking about the image, Pope noted that she always considered you needed something extra on the stage, that you project an image and it gives you confidence. She loves shopping, has a delight in shoes, and the image on stage developed naturally; but was never really a thought-out plan. When looking back, Pope set a marker for many female artists that followed, the look and the sexual confidence that came with it were portents of what would follow.

In 2001 she released her autobiography, Anti Diva. It is a frank reveal of the music business and it is both candid, painful and revealing at the same time.  However, Pope is an artist that continues to create, continues to look forward and will not anything slow her down.

by Aaron Badgley on June 16, 2020
FROM GRETA COMES A NEW BOLD DAWN A CONVERSATION WITH BERNARD FRAZER OF CHURCH OF TREES Bernard Frazer, the mastermind and genius [...]

by SPILL NEW MUSIC on September 2, 2019
CHURCH OF TREES – “EYE ON YOU” A SPILL EXCLUSIVE VIDEO PREMIERE Church of Trees is a Canadian synthpop band, whose debut EP Primitive Creatures (2017) charted in [...]