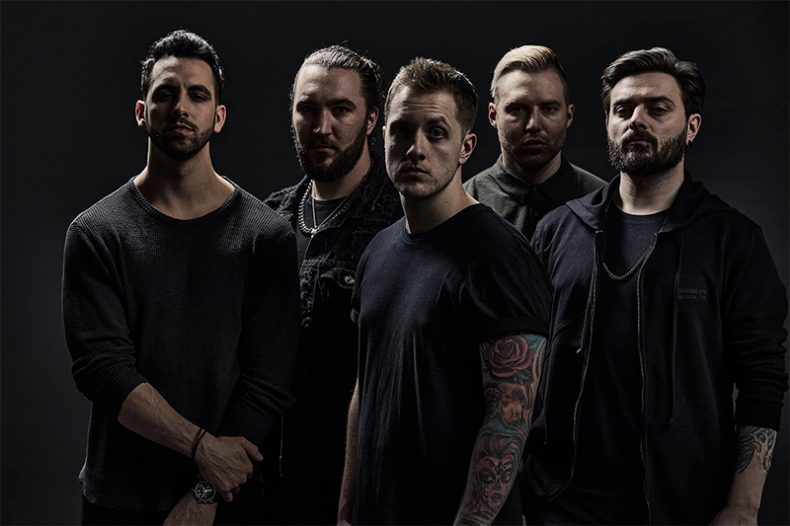 THE FUNERALS, THE WEDDINGS, THE FRIENDS YOU LOSE TOUCH WITH

A CONVERSATION WITH ERIC VANLERBERGHE OF I PREVAIL

Grammy-nominated Michigan-based band, I Prevail, formed in 2013, took a chance in 2014 that launched their career into orbit, and kept going despite obstacles that would stop anyone dead in their tracks. From dealing with doubters, to a vocal cord injury that took Brian Burkheiser off tour in 2017 for surgery and vocal rest, to a suicide that hit close to home, and now….2020, the members of I Prevail have defied the odds — and prevailed.

Vocalist Eric Vanlerberghe talks about the best part of Trauma shows. “What I miss the most is the first minute or two of walking up on stage, and the first 30 seconds of the first song has been “Bow Down”. Just because I miss that tension, that anxiety you’re feeling right before the house lights go down, the hype music goes down, then our track starts quietly, and it starts building…and then that minute I walk on stage and scream the first couple of words…that energy. I miss that dearly.” “Bow Down” will be a part of their set for years to come.

For Vanlerberghe, one of the favorite things about the Trauma tour has been touring overseas. He misses the energy that overseas fans bring, with the fans knowing that they are a band from the United States, because it takes a bit for them to get over there. Once they are there the fans are like “hey, you’re here, let’s party!” and the same goes for the band. He would love to go to Ireland, but once the world resumes, he feels it makes more sense to tour the US first, but nothing is set in stone. 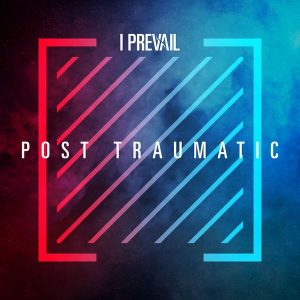 Vanlerberghe says the 2020 trend of live streams and drive-in shows are awesome, he loves it. The world without live music at all is not a world he wants to be a part of.  To see bands getting creative and clever with what they are doing is something he loves to see. I Prevail, however, put so much thought into their shows. The lights, the stage set up, what they do between songs and the type of show they bring, he feels that they wouldn’t be able to provide fans the same experience on a screen that they can provide live. He feels like their time would be better spent on new music and finding new ways to connect. He and guitarist Dylan Bowman have been streaming a lot, keeping a connection with people who still want to just hang out and talk. For the magic of I Prevail, it’s better if they put their energy into something else until live shows come back and then they can really just bring it. Once touring resumes, he will remember every single one of the shows because of how crazy they are going to be. Looking forward, feels that this could be the last new thing that they do with anything from Trauma.  Pretty soon they will be going dark and start working on new music and he hopes that once they are able to get back on the road, they might be able to play something new.

What about a documentary? Vanlerberghe says the band has always joked “Yea one day when the documentary comes out people are going to see how crazy it was!” But the more they talk and joke about it, who knows. “That’s the theme of this whole thing, who knows what’s going to happen?” He feels that it would be fun, there’s been a lot of things that have happened with the band and business people and hoops and hurdles, but there are just too many good stories and things that happened in their favor to just forget about it. He jokes, “Maybe on our 40th anniversary, we’ll drop this crazy movie, who knows.”

The inspiration for Trauma is they are doing things the way they want to. “We have this thing called ‘Dare to suck, dare to be bold’. You do something dumb. You just follow that string for a little bit and see where that takes us, and we followed those different strings and we got the songs that we got, and there were times when we were like maybe it’s safer to do this, nah let’s do this transition to the chorus like this or here let’s do this or let’s do that” and that’s where Trauma came from. The success from the first EP, to touring nine months of the year. The things you miss. The funerals, the weddings, the friends you lose touch with, mixed with the good things that happen and the success. The extremes. The adrenaline rushes and then you get home and you’re by yourself.” “We’re going to be real. We’re not going to be fake and just write stuff that sounds good and catchy and has a little bit of meaning. We’re going to find a way that each one of these songs is deep seated into a story or an issue or something that we feel needs to be said.”

Melinda Welsh is an American blogger and music enthusiast, who grew up in the 70s and 80s and is passionate about all kinds of music, listening to any kind of music that she can get her hands on. Her tastes vary from country to hard rock. She can be seen wearing ear buds at work, reading music magazines and articles online, and following bands on Instagram and Facebook. Her favorite quote is "Where words fail, music speaks".
RELATED ARTICLES
fearless recordsfeatures

by Melinda Welsh on November 11, 2020
HORROR FILMS MEET METAL MUSIC FOR HALLOWEEN A CONVERSATION WITH ICE NINE KILLS FRONTMAN SPENCER CHARNAS Either you [...]
10