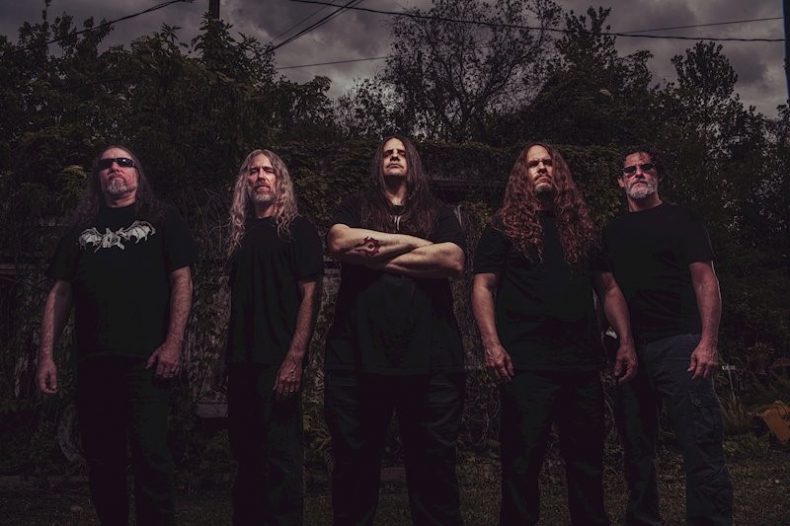 THE EXECUTIONERS ARE BACK!

A CONVERSATION WITH PAUL MAZURKIEWICZ OF CANNIBAL CORPSE

Planet Earth’s most punishing death metal group, Cannibal Corpse, is set to drop its most imposing tracks to date with their upcoming full-length release Violence Unimagined.  As the band took on the tall order of following up 2017’s Red Before Black, they come up with some of their most intense and technically complex tracks since their 1988 inception. With recent lineup changes in 2020 and an overall reinvigorated band focus, the songwriting, guitar work, and studio production have certainly reached new heights. In a recent interview with original drummer and co-founding member Paul Mazurkiewicz, we explore the band’s vitality after 32 years on the death metal circuit. We also take a deep dive into the album’s inception and process during pandemic times and the challenges that go with it.

Violence Unimagined follows Cannibal Corpse’s typical themes of murder, gore, serial killing, and slaughter, as fans worldwide have come to expect.  With an ongoing curiosity about these barbaric themes, I asked Mazurkiewicz if the new album follows any overarching storyline or concept. ‘It’s the next chapter in the Cannibal Corpse story, the songs are always individual pieces, there’s never any concept or anything, we’ve never done a concept album. The guys write the songs, and we put it all together. We’ve always written about dark and brutal themes and that continues into the new album.’

When asked if Rutan contributed to the songwriting, Mazurkiewicz replied ‘Eric was a big part of the songwriting process on this album and wrote the music and lyrics for three songs, “Condemnation Contagion”, “Ritual Annihilation” and “Overtorture”. Eric is a good friend going back years and he brings amazing energy to the band’.

Since the early ‘90s, metal heads and drummers worldwide have been gasping at the sheer speed and technical ability of Paul Mazurkiewicz’s drumming. When asked about how he keeps his chops and stamina up in his early ‘50s, he commented, ‘It’s mostly about time on the drums and band practice, I don’t really hit the gym or anything, I keep myself in shape with light workouts, planking, dumbbells, that sort of thing. I play hockey and keep a pretty healthy diet’. Mazurkiewicz says he intentionally raises the bar for technical difficulty on each album and Violence Unimagined holds his most challenging drum parts to date. Just take a listen to the first 10 seconds of “Murderous Rampage” and you will fully understand what Mazurkiewicz is talking about.

As live shows have been cancelled worldwide, we discussed if releasing the record would be any different this time around from label’s standpoint, Paul stated; ‘Outside of touring, nothing is different about product rollout. We release a single then a video, print new merch and repeat the cycle as usual. ‘We’ve had amazing feedback so far since the release of “Inhumane Harvest”’.  As the song closes in on one million streams on Spotify in just over two weeks, it’s clear the album should do incredibly well. ‘Our fans know they’re not going to see us for awhile, so if nothing else, our online sales are spiking’

The band feels strongly about keeping up with their schedule of releasing material every three years at its longest stretch to keep the music relevant and the fans happy. Mazurkiewicz commented; ‘Some bands don’t want to release if they can’t tour, and we just want to keep our three-year album schedule going, I feel if you wait longer than that, you’re out of the public eye and can skip generations. We need to stay relevant and keep our fans happy’.

Since 2006’s Kill album, Cannibal Corpse have entered a second phase of their ever-evolving career as they push harder on every release and improve in all aspects of their existence. With members now spanning in age from their late ‘40s to mid ‘50s, it’s amazing to know that the band seems to be at its peak and has absolutely NO plans of throwing in the towel.

Andre has been writing for The Spill Magazine for over 12 years, dating back to the print days. His passion for music goes far beyond writing reviews for new music and live concerts, he is also an active musician and producer on the Canadian music scene. Having toured North America and Europe with various acts, he is no stranger to dedication and work ethic new bands must endure to make the grade in today's market; Andre always delivers perspective writing that is authentic and to the point. Mr. Skinner typically covers indie rock, grass roots, electronica and is our resident hard rock and heavy metal specialist. He is extremely selective on what bands he covers for articles and you can rest assured they are ALWAYS band to watch with something left of centre to offer.
RELATED ARTICLES
cannibal corpsefeatures