SPILL FEATURE: TATTOOED ON MY BRAIN: 50 YEARS OF NAZARETH – A CONVERSATION WITH PETE AGNEW OF NAZARETH

Features
255
previous article
SPILL FEATURE: THE FUTURE IS WHAT IT USED TO BE - A CONVERSATION WITH DEREK SHARP (D#) OF THE GUESS WHO
next article
SPILL MUSIC PREMIERE: KOALAS - "IMAGING" 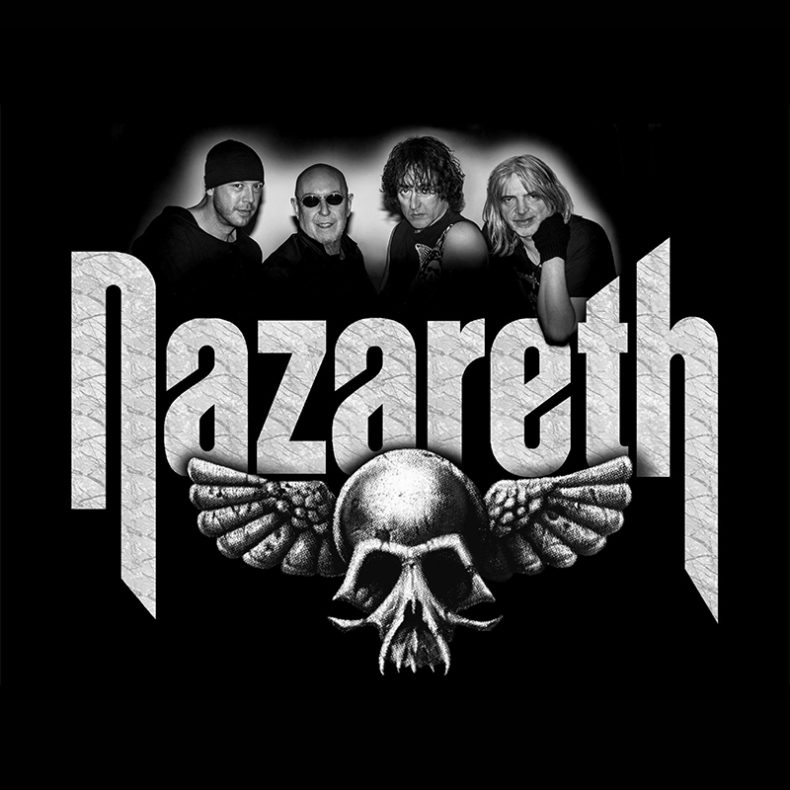 TATTOOED ON MY BRAIN: 50 YEARS OF NAZARETH

A CONVERSATION WITH PETE AGNEW OF NAZARETH

Believe it or not, Nazareth are celebrating their 50th anniversary this year, with the release of a new album (Tattooed On My Brain) and a tour. They formed in 1968 in Dunfermline, Scotland. The original lineup was Peter Agnew (bass), Dan McCafferty (vocals), Manny Charlton (guitars), and Darrell Sweet (drums). The story goes that they got their name from the song “The Weight” by The Band (“I pulled into Nazareth, was feelin’ about half past dead”). The Nazareth referenced in this case was Nazareth, Pennsylvania, and this is also their first connection with Canada.

Their first album, Nazareth, was released in 1971, but it was not until 1973’s Razamanaz that the band broke in the U.K., Europe and Canada. They became rock stars and have never faltered from their perch. It is also worth noting that from that point on, they always had a much bigger fan base in Canada than they did in the U.S. “We always got radio play in Canada,” says bassist Peter (Pete) Agnew, during our recent conversation. “And that was important in those days, radio play I mean. Also, we were the first band that made a decision to tour Canada. Other bands would come over and focus on the U.S. and nick into Montreal, or nick into Toronto and then maybe Vancouver. Those bands focused on the U.S., while we toured Canada from the East Coast right to British Columbia. We treated Canada like other bands treated the U.S. and we built a big audience. I remember one time we were touring Canada and we had three albums in the top 20 in Canada’s charts.”

Agnew is getting ready to tour just about everywhere to promote the new album, Tattooed On My Brain, and to celebrate their 50th anniversary. But when the band formed all years ago, Agnew did not think he would still be performing with Nazareth 50 years later. “Nah, back then we just were making music. We never had anything to judge it by. Stuff from the 1950’s was still going on. We just kept making records, not thinking about how long we were doing it or going to do it. Sometimes it seems like 50 years ago, and other times it does not feel it was long ago. In some cases I can remember conversations. But it is not just us, there are a lot of bands still doing it, like Uriah Heep. I don’t know, I think if I live to 100 I will still be doing it.”

The interesting thing about Nazareth is that their albums from 40 or 30 or 20 years of age do not sound dated and still get played on rock stations. Hits like “Love Hurts”, “Hair Of The Dog” or “This Flight Tonight” are constantly heard on the radio and in films. “I think it is because our music was never sophisticated. What we played, you got. We never relied on technical effects, maybe we dressed up a few songs, but the songs are just the songs. We just went into the studio and cut the album, which is how we approached the new album. The new album has a rough and rowdy feel to it because it is just basic recording. It was so much fun, and a couple of the newer and younger guys kept saying, ‘this must have how it felt when you were recording in the 1970’s’,” Agnew laughs. “Not exactly but close.” 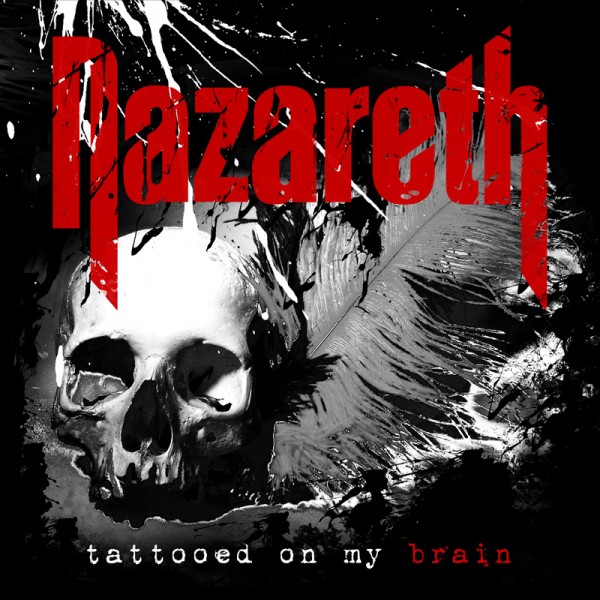 PRE-ORDER TATTOOED ON MY BRAIN

Over the years, there have been numerous member changes in Nazareth with Agnew being the one remaining member from the original lineup. The most recent addition is vocalist Carl Sentance, who joined in 2017 after original vocalist Dan McCafferty retired from the band due to health issues (he had suffered a stroke). “Carl has given the band a new boost, like a new birth. It is funny, some people were ‘you’ve lost your lead singer, you can’t carry on with a new singer’. Sure there are going to be comparisons, which is why we have a new album. When Dan (McCafferty) left the band he told us to go on. He wanted the band to continue. We wondered if we should keep going, and kept saying, ‘yeah, you should’, but we were on the verge of calling it a day. The thing is we did not want a sound alike and a friend of ours told us to check out  singer named Carl Sentance He was singing in a Classic Rock Show, and we could see him on YouTube. We saw an incredible singer, with incredible energy.

“But Nazareth is a working band. We just don’t tour on our old music, we record new albums (the last album was 2014’s Rock ‘n’ Roll Telephone). So, earlier this year we were ready to make an album and we started to write some songs. We had all written songs, and we wanted to record some of Carl’s songs, and as we were writing and demoing we realized that this was much more than a stop gap album. It started sounding really good and we figured that this could be one of our best ever. To be honest, it started out as ‘let’s just get one done’, and it turned into an album that we think is one of best.”

The title of the album has an interesting origin. “Comedian George Carlin made a joke once that a ‘tattoo is a permanent reminder of a temporary feeling’. You know, like having a girlfriend or boyfriend tattoo and then you break up, you get it removed. That is what I was working with and wanted to work it into a song. So the song, “Tattooed On My Brain” comes from the thought that some things can been tattooed in your brain and are there forever, they cannot be removed, like a regular tattoo.”

For the record, the remainder of the band is Jimmy Murrison (who has been playing guitar with the band since 1995) and drummer Lee Agnew (Pete’s son) who has been with the band in 1999 who replaced original drummer Darrell Sweet who passed away due to a heart attack in 1999. And as far as Agnew is concerned, the new album and new lineup is a continuation of Nazareth.

“That is the thing of Nazareth. We tried to never do the same thing twice. Everything we did was totally different. We never planned to make albums repeat. And we let the song dictate what we did. If it was a country song, then we did a country song. The same with rhythm and blues or whatever. We always tried different things, it is a continuous thing.

“The thing about the new album is that it is so easy to perform live, and we are looking forward to performing it. We have not yet, because it has not been released yet. In the old days, it was reversed. When we played live we would do new songs from an upcoming album. But that was before Smart phones and YouTube. If you do a new song, someone is going to tape it and post it and it will sound and look like shit. You don’t want it all over the internet.”

Nazareth will be performing songs from their new album, Tattooed On My Brain on their upcoming tour. “People want to hear the classics but we will be doing about four or five songs from the new album. It is hard to decide because we love the album and so it is difficult to choose.”

Born and raised in Whitby, Aaron discovered music through his love of The Beatles. This led to a career in radio, writing for various publications, and ultimately a radio show about The Beatles (Beatles Universe), which ran for over four years. When not immersed in music, Aaron enjoys spending time with the loves of his life -- his wife Andrea, and daughters Emily and Linda (all of whom have an intense love of music too).
RELATED ARTICLES
featureshair of the doglove hurts