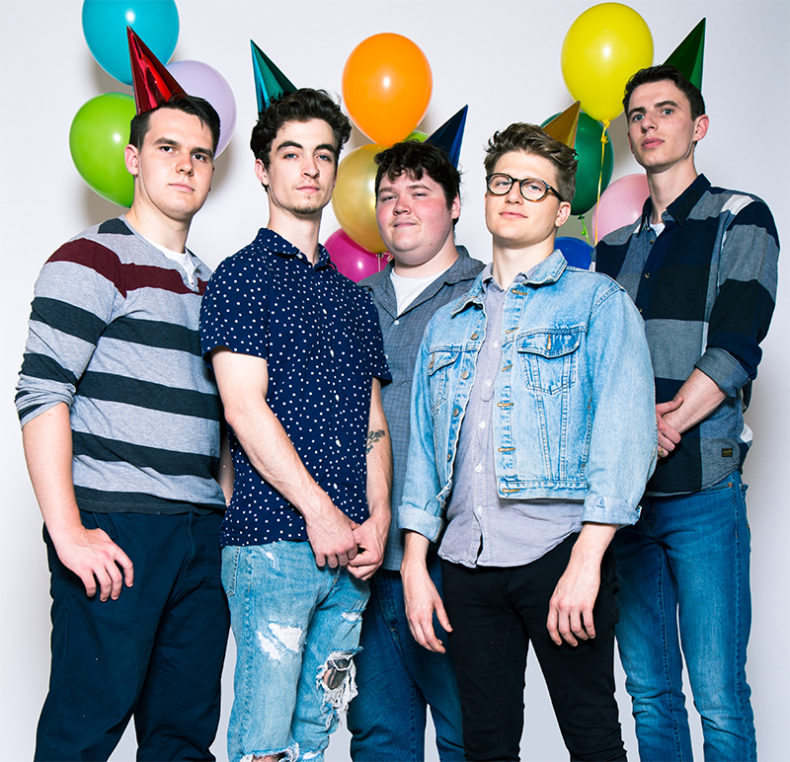 A CONVERSATION WITH RUN MAGGIE RUN

Run Maggie Run is in as interesting and productive a place as any band could hope for. Having spent 2017 honing their live sound and performing their debut album, self-titled album the Hamilton, Ontario five-piece band are re-inventing themselves on a daily basis, constantly searching for new layers of sound and new ways to make their music more dynamic. They are, it would seem, on the cusp of what they hope will be a very big year for the up-and-coming band.

Gavin Rees is Run Maggie Run’s dynamic frontman and along with bandmates Peter Keillor, Darren Mcmenemy, Jared Gour, and Dylan Drung, form a potent mix of youthful enthusiasm and musical creativity. Describing their debut as indie-rock, Rees is clearly less comfortable attempting to place a genre or descriptor on their more recent work. Not only has there been a minor lineup change, which Rees states openly was for the better, there has also been an active pursuit by all five band members to bring more ideas and more influences to the table. As a result, their sound is now as much shaped by vocals and guitar (as is the case with their debut) as by keys, synths, and an overall richer and fuller sound. Though vocals and guitars will always play a prominent role in Run Maggie Run’s ethos, it is obvious that this is a band that is unafraid when it comes to implementing new ideas or broadening their musical motivations.

Though he cannot confirm dates as it is too early to do so, Rees was able to say that the band’s second album is getting closer to completion daily, with album artwork decided upon (and in a much more purposeful, conscious manner for this album), singles selected, recording ongoing, a summer tour in the works, and new material finding its way into their live shows. A big fan of Guelph, Ontario, mostly because of its raucous student environment and active local music scene, Rees made it clear that he and his bandmates were more than excited to be playing Friday, 20 April at DSTRCT. As this looks to be a big few months (at least) for the band, the Guelph show was definitely one worth checking out.

Br. lives in southern Ontario, grew up on The Beatles and The Journeymen, spent his adolescence immersed in grunge, and his adulthood in British alternative. His greatest joy is seeing his son dance and grow into his own appreciation of the indescribable joy of music...
RELATED ARTICLES
featureshamilton