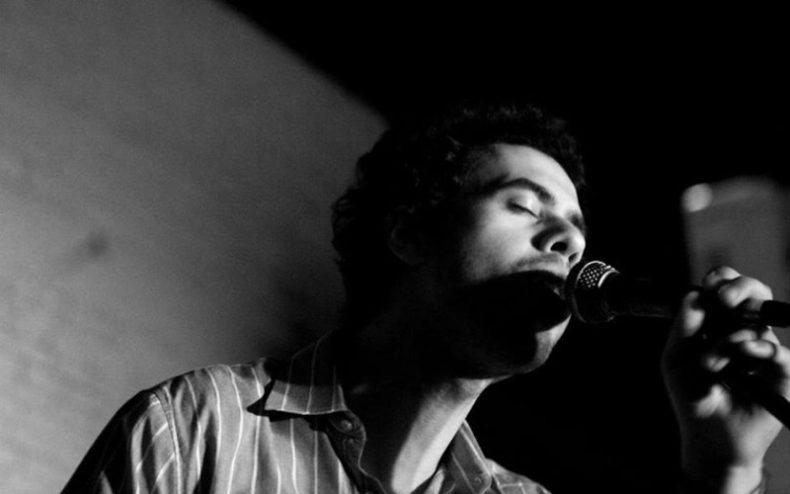 STAYING HUNGRY FOR THE MUSIC

HOW DANTE DECARO KEEPS HIS VIGOR FOR LIFE

After a year of touring with the newly reunited Wolf Parade, Dante Decaro seems to have no intentions of slowing down. While music for his November 4th EP release, Kill Your Boyfriend, had been pre-recorded from years past, he spent the better part of this year creating new music for an upcoming solo LP and committing to his band’s revival. He takes a rare few moments mid-studio session with the group to sit down and talk all things Dante. Despite proving his own motto that “life is chaos” in the scope of his career, Decaro presents incredibly low key and impressively humble. His no frills approach to music creation crosses the visuals of hometown hero and struggling romantic artist.

“I live in a really small town and I built a studio there out of an old barn. So I spend most of my time when I’m home in there and it’s full of instruments and it’s kind of always ready to record. I just go in there and I mill around…”

This methodology led to an incredibly diverse set of sounds on Kill Your Boyfriend. Making heavy use of synthesizers and keyboard effects, Decaro creates the illusion of a massive cast behind the solo record.

“My process. Well I guess it depends. Sometimes it’s just a guitar, and other ones I’ll just start. The oldest one is Rwanda. That was the first one I think I recorded from that whole era and the way I did that…” He trails off. “I had just moved home to my small town from Vancouver, from out of this relationship and miserable period of my life and I was just like, well I gotta make music or I’m just going to be miserable. It was hard to function, so I had a drum machine and I just made what is like the simplest beat in the world… And I just pressed record and I caught my breath for four minutes. And  then I got up and I attached it to a synthesizer so  it would sync the timing, and then put the baseline over top of that. And I was just making it up as I went along and remarkably it just seemed that the drums ended right when I would have ended the music anyway, so I thought that’s pretty cool, imagine that. So then I put on another little part and it just seemed to work perfectly… That’s kinda what got me off my sheets…”

Going through a rough time in his life led Dante Decaro to his pained lyrics and striking album title. 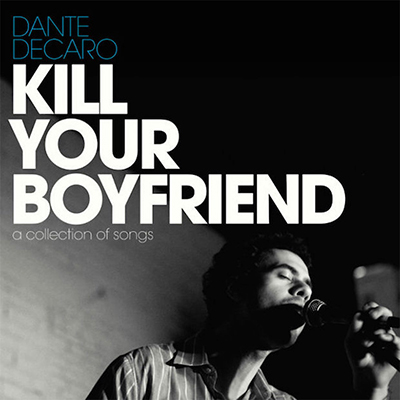 “It’s kind of a sick joke. The boyfriend is me… I was just in this really horrid relationship, the person I was dating was just so brutal to me, and I just thought, God, just kill me and put me out of my misery. I can’t do this any longer. So that’s what that’s about. And I thought it was, you know after time had past, I thought it was funny. And I thought it was a good way to catch people’s attention.”

While a broken heart and deflated affect are his impetuses to creation, Decaro has a few requirements to kicking off a good performance. He insists on at least one drink prior to going on stage, though he never cares to pick his poison. When it comes to food he tries not to eat for at least 3 hours before playing. “I like being hungry on stage. Being full zaps my vigor for life and it slows me down. I’m a little too satisfied maybe. I don’t really care about playing a show after a big meal.”

The obvious double meaning of “being hungry on stage” lies in Decaro’s push towards his art. Always starving for more, Decaro has never let alone with his career. He’s been part of bands Johnny and the Moon, Hot Hot Heat and Wolf Parade, all the while solo writing. Even in the years apart from Wolf Parade, Decaro was always in collaboration with the band’s other members which ultimately led to the group’s revival this year.

“We never really said we were done. We just needed to stop. We all lived in dramatically different parts of the world for the in between period… I opened for Spencer on one of his tours playing these songs [Kill Your Boyfriend] about 3 years ago, playing guitar and singing… We did just a few shows on the West Coast. At the time we were in San Jose and that we stayed with Arlen and it was the first time the three of us had been together in a while. And we sorta talked about how we weren’t opposed to starting up again. And there were was some other chance meeting where we talked about it again and then the three of us wound up back on Vancouver island, and Dan is actually from there and we were just like ‘why don’t we get together and try it’. We started getting together every few months and jamming and then I don’t know, each time we did it, it just seemed more real and then we got a manager. So we did the tour and then we got to start making this EP so this sorta happened very organically over time.”

Leading up to a May release of Wolf Parade’s new EP and Dante Decaro’s TBD “optimistic time in [his] life” LP, you can check out the tracks of Kill Your Boyfriend and look out for a few chance shows. While Decaro couldn’t commit to a favorite track today, he suggests Rachel as his top pick if asked a while back.

Emily Rubin is a lifestyle writer who focuses most of her efforts in the fashion & digital marketing spaces. She forayed her modern version of pen to paper time into the world of Spill Magazine to uncover new music aside from the “Discover” playlist on Spotify. With an eclectic musical palette, Emily reviews a wide host of tunes for Spill, but her concert coverage exclusively explores the scene of her native Montreal.
RELATED ARTICLES
dante decarofeatureshot hot heat
8.0