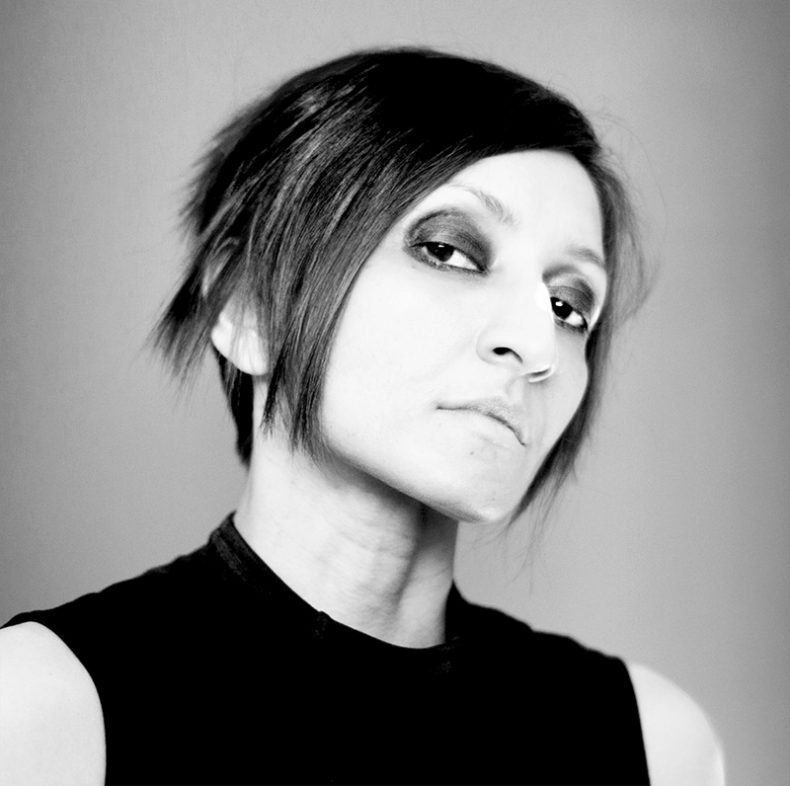 SOUNDSCAPES FROM THE ROOTS OF BERLIN

A CONVERSATION WITH SHIKHEE OF ANDROID LUST

Android Lust, an interesting name for a band, but in reality, Android Lust is one person, Shikhee and they (or she) have completed her sixth album, Berlin//Crater Vol 2 released on the Synthellic Music label.

“The name Android Lust came from a friend. I wanted a name to incorporate mechanical beats and human emotion” said Shikhee during  our recent conversation.

“The Human Animal was about, and featured recordings from New York City. Crater Vol 1 focused on water sounds. I wanted to focus on a city, so I picked Berlin because it meant something to me. A lot of my musical heroes, you know, Bowie and Eno (their classic Berlin trilogy), Cluster…I mean, Low (David Bowie), his approach is so pure, I am inspired by it. That combination, Bowie and Eno is incredible.

“I was in Berlin and I was thinking about the human animals in this city. I felt connected to Berlin, I mean I live in L.A. now and I don’t find it very inspirational. Berlin was very different, very awesome. I went everywhere I could. The day I landed was the start of the Berlin Atonal music Festival, I didn’t plan it but I was glad I was there” 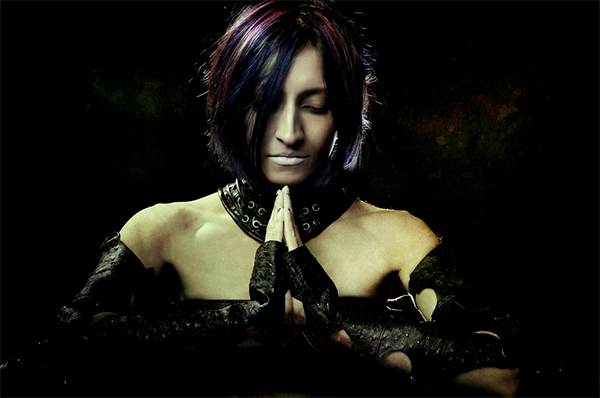 The album, Berlin//Crater Vol 2  is not a tribute album to the city, nor is it a love song for the city. The new album is, for the most part, instrumental.

“The only ‘song’ on the album is “Daughters of Dawn”, laughs Shikhee. “It harkens back to early industrial music. It is very aggressive synthpop, Severed Heads stuff. I think the next album I will probably go back to songwriting.”

In 2010, Shikhee has released her fourth album under the name Android Lust. That album, The Human Animal, was not only well received, it was also hugely successful. Most bands would make the most of this success and continue on with that path. Not Shikhee, she followed that album with Crater Vol 1, which was a very brave act and it not only pleased her core followers, but it gained her new fans. This sound collage of New York City was a breath of fresh air in her genre and was applauded.

“I wanted to do field recording, find sounds, create soundscapes. Not have the pressure of a conventional album. It was always intended to be somewhat of a side project. With the Crater series, I wanted to do two albums, and I have completed this project with Berlin.

“This album, Berlin//Crater Vol 2  is more soundscapey, made up of found sounds.” There I was lying on a concrete floor recording the sound of the floor. The sound of Berlin, Kraftwerk’s Berlin. The Berlin Wall, you can feel time, feel the history.”

“I hear synth in the sounds I hear everyday, I find music in the sounds, and then I derive the music from sounds. Nothing preconceived, the songs come out of the sounds. Of course in the studio I add to it, and mix it but the sounds are all organic in nature.” 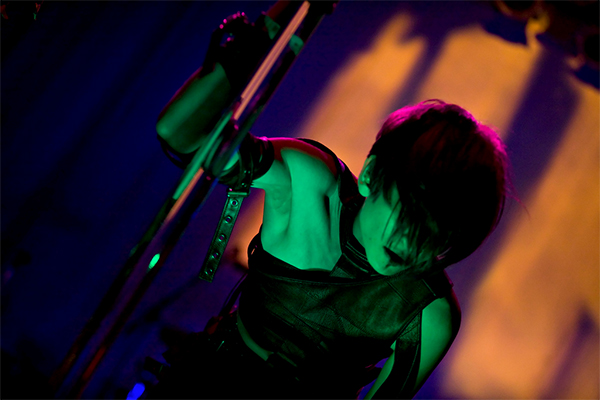 The process took over a year and a half, and not all of the sounds she found were workable (“a lot of what I record and find is junk”), but she worked on these sounds and from that came a brilliant new album. But during this time, she has also been busy writing music for video games (Agony) and remixing several artists’ work (most recently remixing a song for Pig, “The Fly Upon The Pin” from Swine & Punishment), which keeps her very busy.

“It is a different head for writing for a video game. You have to know the story and put myself in that space,” says Shikhee.

At this moment, Shikhee is focusing on the new album Berlin//Crater Vol 2 , promoting the album (“I really want people to like it”), thinking of doing some live shows and looking forward to her next project. This is a person who is dedicated to her craft and her art. Even the day i spoke to her she instantly apologized because she was just getting over a bad cold and she wanted to make sure she made sense.

She is a one of kind artist. Shikhee or Android Lust or whatever name she wants to use is visionary.  Yes, she has learned a great deal from the artists that have influenced her, but at the same time, she is making her own path that others will follow. Being on an independent label has allowed her to do her music her way (“My music is very personal and I write for me”, she says).  Kickstarter, which she has used for her this and her last album, provides her with a connection to fans and a chance to feel closer to them.

Born and raised in Whitby, Aaron discovered music through his love of The Beatles. This led to a career in radio, writing for various publications, and ultimately a radio show about The Beatles (Beatles Universe), which ran for over four years. When not immersed in music, Aaron enjoys spending time with the loves of his life -- his wife Andrea, and daughters Emily and Linda (all of whom have an intense love of music too).
RELATED ARTICLES
android lustberlinberlin//crater vol 2
7.0

by Aaron Badgley on August 18, 2017
Android Lust Berlin//Crater Vol 2 Synthellec Music From the second the needle drops, you know you are in new and uncharted territory. It says Berlin, but this is Android Lust’s [...]
3.0