SPILL FEATURE: ‘SOUND THE ALARM’ – 25 YEARS IN AND STRONGER THAN EVER – AN INTERVIEW WITH VINNIE FIORELLO OF LESS THAN JAKE

Features
107
previous article
SPILL FEATURE: AS WAS - AN INTERVIEW WITH PAUL DELANEY OF BLACK ANVIL
next article
SPILL TRACK OF THE DAY: THE LONG DARK ROAD - “THE TRAGEDY OF THE COMMONS” 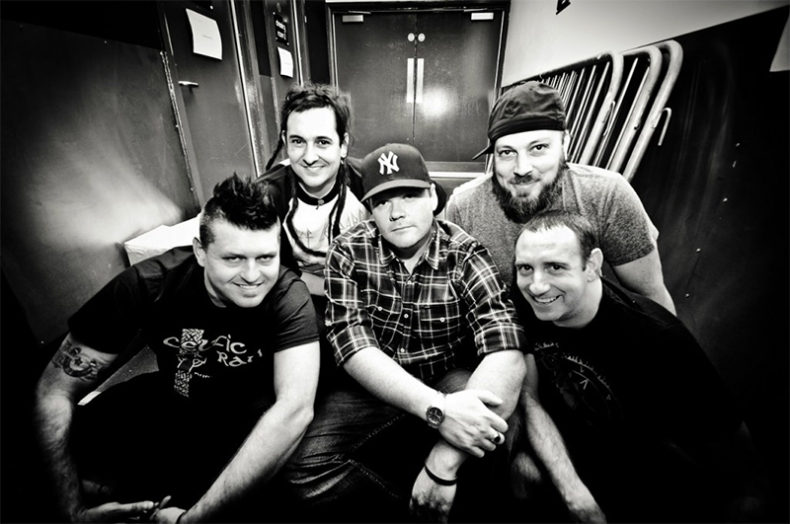 ‘SOUND THE ALARM’ – 25 YEARS IN AND STRONGER THAN EVER

AN INTERVIEW WITH VINNIE FIORELLO OF LESS THAN JAKE

25 years ago when I was playing with toys and enjoying the ever so sacred nap time, Less Than Jake were embarking on what would become a life long journey that would not only change their lives, but the lives of their fans and the ska scene forever. Founded in Gainsville Florida in 1992, the band consists of Chris DeMakes (vocals, guitar), Roger Lima (vocals, bass), Vinnie Fiorello (drums, lyrics), Buddy Schaub (trombone) and Peter “JR” Wasilewski (saxophone). Dominating the scene with their punk rock vocals and upbeat ska hooks, Less Than Jake quickly became the voice for a generation of misfits growing up in the mid to late 90’s. With songs such as ‘Sugar in your Gas Tank’ off of 1996’s Losing Streak and ‘The Science of Selling Yourself Short’ from 2003’s Anthem. The band wrote lyrics that everyone could relate to. Being your own worst enemy, having a knack for screwing things up, losing friends, and never leaving the town you grew up in, but at the end of the day being OK with all of it and loving your life anyway.

“We feel lucky to be able to stay creative in our 25th year as a band.” explains Vinnie Fiorello when asked about their newest EP release Sound The Alarm. The album came out at the beginning of February before the band embarked on their US tour. ‘We have 5 shows left on this US run and it’s been going great, also great timing since Sound The Alarm came out right at the start of it.” The EP consists of 7 songs that hold true to the old classic LTJ sound fans were raised on. “In our 25th year we just are writing for ourselves” states Fiorello, “and that independence feels right. Trying to sound like we did in the past is a losing battle but now we keep our heads in writing for ourselves.”  The single “Whatever the Weather” tells the story of taking on obstacles and challenges life throws at you that might be out of your control, and learning how to hold your ground and stay strong through all of it. “I’d say about 10 years’ worth of events” was the inspiration behind the lyrics for this song “the basic idea is to face the worst and come out of it for the better.” 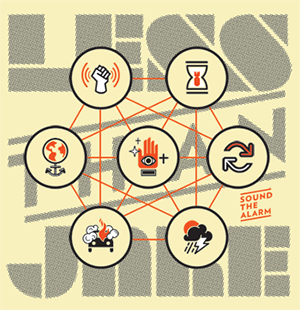 When asked if what was going on with the political race in the US had any affect on the lyrics or the tone for the album, Fiorello responds  “a lot of LTJ lyrics have dealt with personal politics and that can spill over to what’s going on in our government, if you choose to read it that way.”

The band is currently finishing up their US run and getting ready for the summer season. With confirmation that they will be playing this years Montebello Rockfest in Quebec Fiorello wants fans to keep an eye for them coming to a city near you, “we are doing a lot of touring on this EP – and have a lot of fun stuff planned for our 25th anniversary too!”

The Spill Magazine is a Toronto-based online publication dedicated to covering the independent music scene with a strong focus on our thriving hometown talent. Our writers bring you up-to-date news, in-depth features on musicians and reviews for the latest CD releases. We also travel to the front lines for all local festivals including Canadian Music Week and North by Northeast. Don’t forget to check out our Facebook and Twitter pages for all daily Spill updates.
RELATED ARTICLES
featuresless than jake

by Mark Kendall Andrews on May 21, 2020
HUNTING THE WHITE BUFFALO A CONVERSATION WITH JAKE SMITH As we stay inside during these difficult times, many of us look for entertainment in the comfort of our [...]