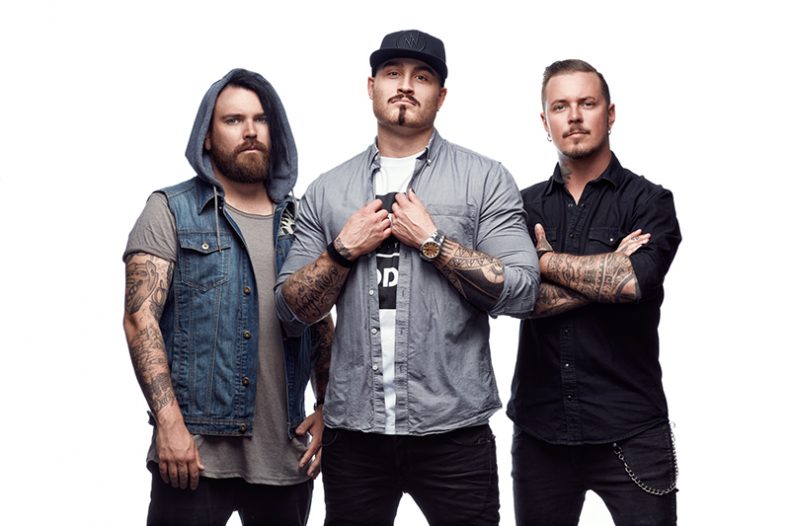 AN INTERVIEW WITH NATHAN BRIGGS OF SONIC SYNDICATE

Sonic Syndicate has created a hard, harsh mix of sonic brutality over the course of 14 years.After touring with many Metalcore and Death Metal bands it appeared to have found a comfortable musical niche and solid fanbase…until now. With a complete turnaround it has just released a brand new album, Confessions, and heralded a completely new musical style for the band. It appears to have broken away from the Heavy Metal soundscapes of previous releases in a complete musical departure for the band. I asked vocalist Nathan Briggs what has created this quite dramatic change, and why now?

“We had done the melodic Death Metal thing and knew what was around every corner and every turn. We just wanted to see what else we could do,” he replied.

Being a long-standing fan of the band I did, prefer those songs where he sang rather than screamed. “I like screaming; it’s been fun. I love some of the bands that do but I think that there are a lot of bands doing the whole melodic death thing better than us. It’s kind of a genre that is dying out.”

I asked Nathan if if the band was beginning to feel restricted by others’ views of it. “I just feel that as musicians, we have so much more to offer in terms of songwriting,” he answered. “I just wanted to see what else I could do in terms of my voice.” I wondered if this was an individual or unified band decision to have a rethink musically from what had previously defined Sonic Syndicate as a band. “It wasn’t a conscious decision; I just started to write the songs and saw how they needed to be vocally. The more that we wrote I just saw the kind of sound that we were building for this record.” 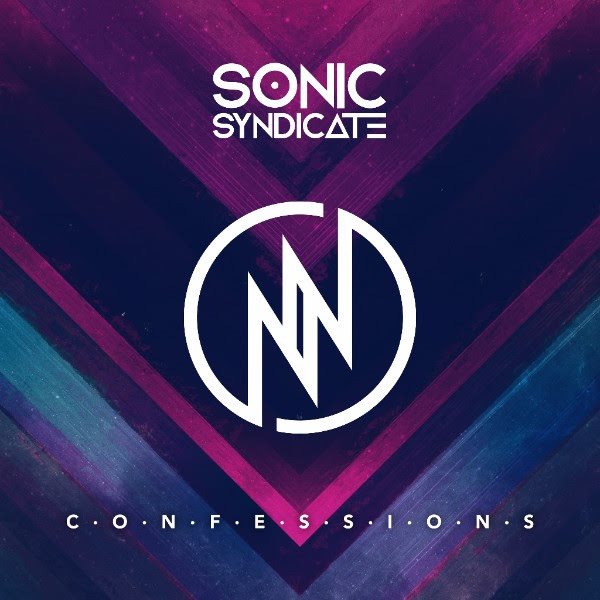 With a complete departure in terms of sound and style there could be a chance of alienating the band’s long-standing fan-base. Was there not, therefore, a risk of this occuring? Nathan thought carefully before responding that, “there was always a danger of that occuring no matter what you are doing. We have learned that we have a following of people whose favourite genre is the Swedish Death Metal and they loved the band for that back in the day. Like I said, we have a lot of different stuff to offer as songwriters.” I had picked up from the band’s previous releases that it had been gradually trying to introduce other elements over a few releases. Nathan agreed. “We discovered from our fans that they like blending the genres a little and we went further with that on this album.”

With a different musical soundscape for Sonic Syndicate on this release, did that also result in a completely different recording process in the studio? Did both the band and the album’s producer have to adopt a different attitude and methodology in its creation process? Nathans response: “consciously I am not sure. Two years ago we were writing an album and we had 15 songs’ worth. We did the pre-recording and the next step was to go into the studio. We had a producer booked and we just stopped and asked, ‘is this exactly where we want to be?’ We cancelled it,and just started rewriting.” That, then, signified the start of the change of musical direction for Sonic Syndicate, I suggested to Nathan. “Yes we had no preconception of what it would sound like and we started building from scratch with the vocals…”

How did it feel to be creating something totally different? I asked. Nathan summed this time up by saying that it was simply “the most fun that we have had in recording an album. It felt great; it came out with really the most positive vibe overall.”

One of the standout album tracks is “Still Believe,” which features a female vocalist. I wanted to ask Nathan more regarding this co-operative . Who was she and what could he tell me regarding this contribution to the album? “She is actually from Los Angeles, she is called Madyx and was in a band called Life Down Here. They were doing a lot of Vans Warped Tours and made quite a name for themselves in the States. She is now doing her solo thing under the name of Madyx. Our label contacted hers and we listened to some of her stuff and thought that she could really complement the song. We flew her over to Stockholm for a weekend and recorded that track.” 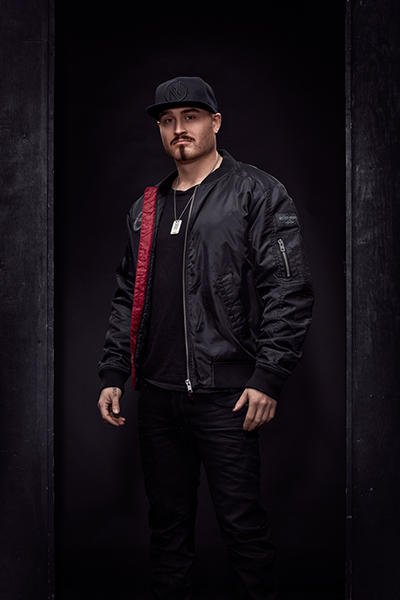 Nathan had recently posted a series of videos on social media that were revealing and personal, detailing the split from the band’s former label and the significant impact and effect that period of time had on him. It seemed to have been a particularly low point for both him personally and the band. I asked him had that time pushed the band close to a complete splitting up?

Nathan sighed and hesitated before replying, “yes, because of various member changes we had quite a bit of time off. We were not touring as much as some of the members wanted to. Essentially as a band we had lost quite a bit of momentum. We were dead in the water and other band members only wanted to gig at weekends as a hobby. It just came to the point that we had to make a decision. Me and Robin said that we would have to quit the band as we couldn’t live that way – the other members weren’t ready to commit. When it came to it, we have had to let them go and we have gone ahead. We found a great new bass player and we are a three-piece now. Now we are able to do what we want and we have just made this amazing album. It just feels like this is where we were meant to be two years ago.”

I would have thought that following a very difficult period, Sonic Syndicate would have recorded an angst-filled angry album. Instead it has gone in a musically completely opposite direction and recorded a melodic one. Nathan reflected before stating, “I have had kind of internal revelations recently. Life is far too short to be angry; life is too short to hold grudges. If you are thinking about splitting up or something, give it all you have got. I want it to be a healthy message and a positive message. Over the years I have just noticed that you do have responsibility as a musician, as a frontman and as a lyricist.”

I am sure that with that responsibility he has personally connected with many of his fans through his lyrics. Nathan replied, “over the years I have had tens of hundreds of mails and sometimes they have been really specific stuff. You realize that you have more responsibility than just make headbang music.”

The change in focus for the band thus would open a whole new market for Sonic Syndicate? Nathan agreed, “of course it has got a more mainstream appeal; I can hear this being played on the radio. It wasn’t intentional – we just wrote what we wanted to and it just came out this way.”

The departure from the band’s longstanding label we have already discussed but the band has signed with another label for this release. Despotz Records based in his home country of Sweden – was it merely a reason of locality that he decided to go with that option – or indeed was it something else? “It felt really cool to have a label that was right on our doorstep. They have just been really interested, not controlling or steering anything. Interested enough to just come and listen to the stuff as we have been recording it. They were just 100% behind it and our vision of what we wanted to do.”

Following the album’s release I guess the next stage is to breathe life into the new songs by playing them live. I see that U.S. dates are already on the calendar; will the band be making the trip over to Europe and the UK? “Of course,we are doing Europe in November there still might be some UK dates on there – it’s still not 100%”

So in conclusion leave your preconceptions of the band’s past Metal history aside and embrace a whole new musical Sonic experience with the band’s new release – welcome aboard to a whole new audience of listeners.