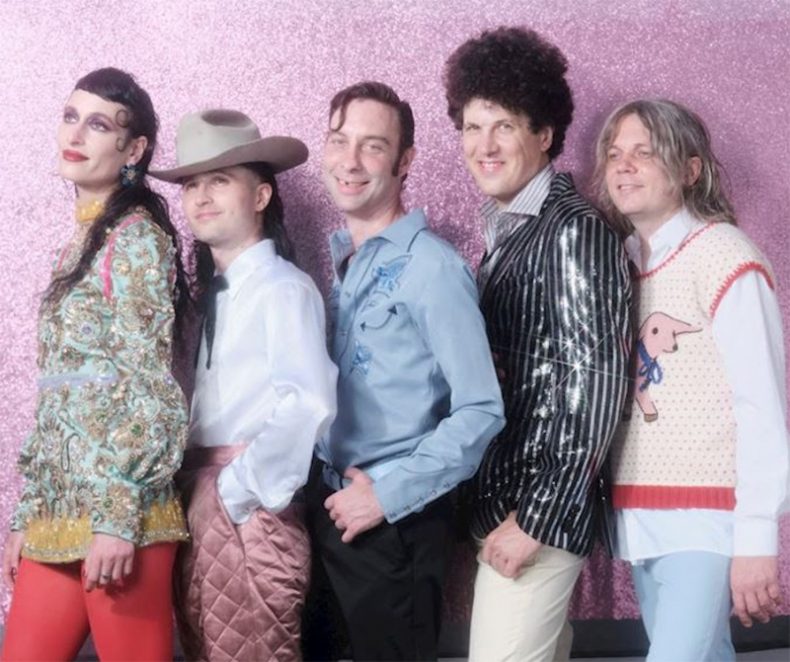 A CONVERSATION WITH JARED SWILLEY OF BLACK LIPS

“We always talked about it” says Black Lips’ bassist Jared Swilley, on the subject of a cowboy record; “it’s the type of music from where we’re from.” On their ninth album, Sing In A World That’s Falling Apart, the Black Lips deliver a battle-tested batch of balanced songwriting. A well-balanced country-tinged rock record with strong storying-telling narratives, the album is another colorful chapter for the rambunctious Atlanta punk rockers. “We never really have a focus for an album,” says Swilley; “they are just a collection of songs. This one is the same, we loosely had a theme. Very loosely.”

The Black Lips share songwriting duties and credits throughout the band, and each songwriter has their own peculiar touch. Cole Alexander hashes out his usual dose of character with lyrics like “selling dicks off 66”on the raunchy, swaggering “Hooker John.” “That’s 100% Cole” says Jared; “he has an interesting way of expressing himself.”

Swilley’s contributions to the new record particularly shine. On “Dishonest Man” he reflects on his favourite western movie, The Life and Times of Judge Roy Bean, while the closer “Rambler” was inspired by his discovery of a G.I. Joe doll based on his great uncle. “Bobby Earl Swilley, which is a pretty unique name and the time period lined up” says Jared. “I’m fairly certain that this G.I. Joe doll was based on my uncle who was a Vietnam veteran, so I wrote that song. It’s a fictional story but based on a real guy.”

The biggest evolution on Sing In A World That’s Falling Apart is the arrival of guitarist/vocalist/songwriter Jeff Clarke, a longtime friend of the band who has assumed guitar duties alongside Alexander. With contributions like the album highlights “Georgia” & “Locust”, Clarke adds a touch of tight grit and a dreaminess that brings further depth and balance to the band. “Having Jeff [Clarke] in the band kicks ass. He rules. I guess we met in Montreal like 15 years ago. We stayed in touch. He’s a rad guitar player” says Swilley. “We’ve got a really good team right now.” 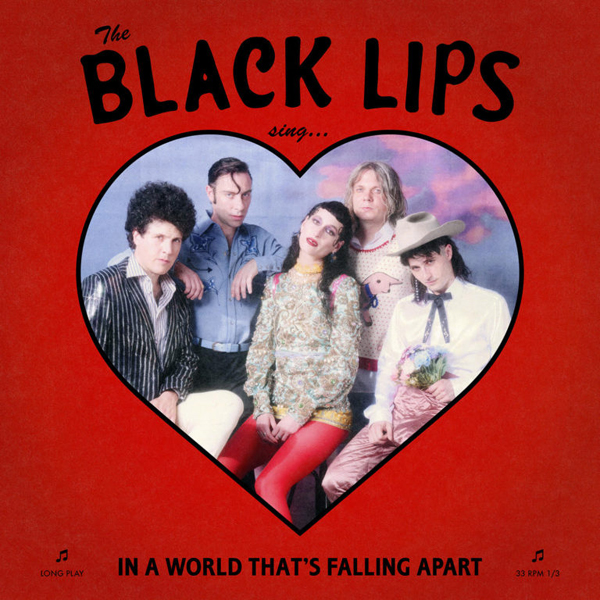 Swilley describes drummer Oakley Munson as the most capable musician of the group. “He can play all sorts of different things so it’s good to have that. He’s a really nice guy.” While out at a museum, Munson was inspired by a Velvet Underground exhibit that featured a snippet of a non-album song that only exists as a partial rehearsal recording. When he brought the idea back to the band, they decided to rearrange and record the song. “There was only like 10 seconds of this track” says Jared; “so we took that 10 seconds and rearranged it and put our own words to it. John Cale cleared it, he gave us permission to do it. It’s not released on anything. I don’t even think it had a name.” Released by the Black Lips as “Get It On Time”, the song makes a dreamy, inviting bridge between the more uptempo songs on Sing In A World That’s Falling Apart.

After working with Sean Lennon on Satan’s Graffiti, Swilley is happy to share some wisdom from the recording studio: “I learned that you shouldn’t be happy with any old take. That was one thing he was really good at; he’d make you do it until you got it good. I can be guilty of half-assing things sometimes and he’s like ‘you can do it better’.” Swilley was inspired by the Lennon’s skill and ethic. “He knows his shit”, he shares.

The Black Lips have worked with some extremely notable recording talents. “At first, we kind of threw out the Mark Ronson name as a joke” Swilley recalls about their producer pick for 2011’s Arabia Mountain. When asked about his current dream collaboration, Swilley had a quick response; “Danger Mouse or Andre 3000. That would be awesome.”

The Black Lips are excited to perform and ricochet around the world; the band is notorious for its past trailblazing concerts in India and the Middle East, and a particularly vicious live record recorded in Tijuana. “ It’s kind of sketchy” claims Swilley when asked about partying in Tijuana; “You gotta watch for cops cause they’ll shake you down. We haven’t been there in a long time.” The band even has another record ready to follow Sing In A World. Despite their major studio work, they are happy to record anywhere. “We just recorded a song last night in our friend Ariel Pink’s living room.”

The Black Lips are excited to tour the world “Oh, hell yeah it’s awesome. The plan is to go to China later this year so I’m looking forward to that. I’d like to do a lot more South America. We tend to do well down there and it’s really fun.” Ride, Rumbler, ride.

The Spill Magazine is a Toronto-based online publication dedicated to covering the independent music scene with a strong focus on our thriving hometown talent. Our writers bring you up-to-date news, in-depth features on musicians and reviews for the latest CD releases. We also travel to the front lines for all local festivals including Canadian Music Week and North by Northeast. Don’t forget to check out our Facebook and Twitter pages for all daily Spill updates.
RELATED ARTICLES
arabia mountainblack lipsfeatures