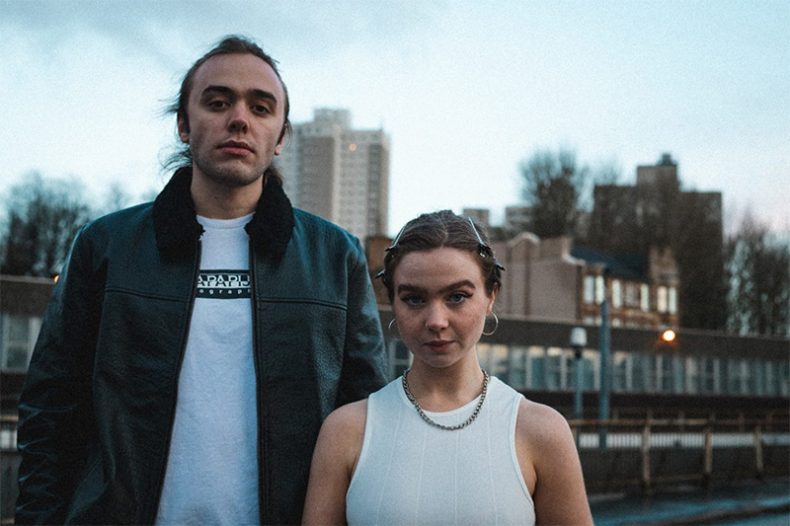 A CONVERSATION WITH ANNA SHIELDS AND BLAIR CRICHTON OF DEAD PONY

Dead Pony are a post punk Glaswegian band, possibly think Bombpops placed in a blender with early Debbie Harry and you would be in the right zone. We would be talking, in the band’s words as ‘high energy grunge/punk with plenty of attitude’.  They comprise the central songwriting team of Anna Shields (lead vocals) and Blair Crichton (lead guitar and backing vocals). When playing live, the duo are supplemented by Liam Adams on bass and Aidan McAllister on drums.

Signed to LAB Records, the band have had a busy year with three singles out, two already out, one on the way. The first single, “Everything Is Easy”, was released in May. It was long in gestation, Crichton noting that ‘it was written over many weeks while on holiday, writing on the beach,’ and he is still very pleased with the song that concerns ‘broken promises and grown-up betrayals.’

Next up came “Sharp Tongues” ‘written very quickly, a cool punky song with cool licks; written quickly in half an hour,’ Shields went on to say how she carries these ideas in her head and then writes them quickly.

“Sharp Tongues” was available on vinyl as a single, distributed through a UK initiative called Flying Vinyl that seeks to introduce new bands and artists to the vinyl buying public. Basically, members subscribe by paying around £20 per month, and they receive a selection of five singles from artists that are selected for them.  Many UK bands have got traction through this, Black Honey, for example, who Dead Pony opened for in the pre-lockdown period also introduced material in this way. Crichton does say that he was unprepared for the impact the release had, ‘it’s a great idea and we got a lot of new fans, I never thought it would work, it’s mad!’ 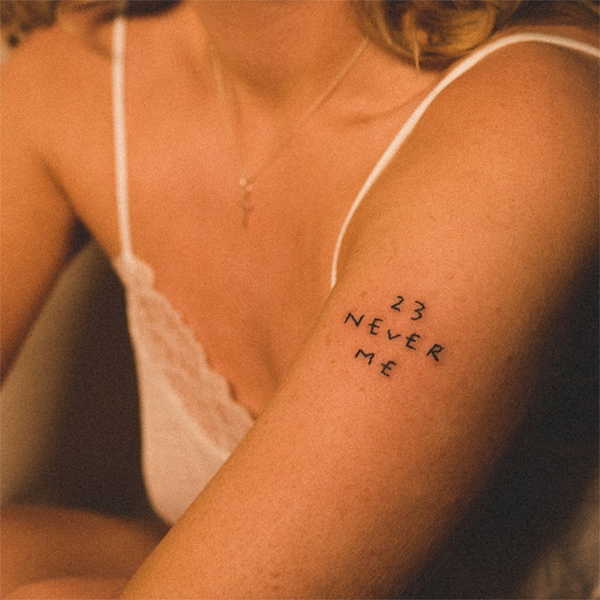 Shields loves the “Sharp Tongues” sound, she notes the theme of how some people love to do nothing better than ‘spread shit and wreck the lives of others.’ The song kicks and has the infusion of anger that any of us that have experienced who have been at the receiving end of malicious gossip. Shields also feels that the introduction of a vinyl sale was great as it meant listeners were able to get their hands on a physical product, you get to interact with the music.

Although the singles are coming out, Dead Pony were more hesitant over whether a first album was on the horizon. Crichton felt that they could probably cram an album from existing material, but they were both of the opinion that an EP in 2021 was far more likely. Both band members felt they needed to expand their material, to find the balance in the material that would make for a great first full outing. It will come, but not yet.

Life remains busy however. November 6 sees a new single released, “23, Never Me”, and the band are scheduled to appear at the Sonic Wave Festival in Birmingham come May 2021. They do miss the live scene, but can be seen on YouTube with a clip for the for the New Colossus Live Stream. That said, Shields does not really see them sitting around the campfire live streaming some acoustic set, she has kind of been there and done that, and has little wish to revisit; they are concentrating on writing and recording at the moment instead. They did pause to wonder whether new music should be released without the gigs to support the tracks, but decided to go for it anyway, keeping the presence of the band in the eye.

Dead Pony are a down to earth band, they are usually pictured around Glasgow tenement blocks in casual clothing. There is a sense that image is starting to be created around Shields as a recognisable front woman, and Shields herself acknowledges that this does present a little extra pressure at times as she begins to be recognised around Glasgow. ‘There’s an anxious feeling sometimes, and I’m aware of a bit of extra pressure, that I have to maintain an image. But I feel we have an authentic image, we just project who we are.’ The softly spoken Shields also dabbles in art, putting her sketches up on the band’s social pages and designing a Dead Pony face mask to celebrate the release of the new single in November.

So there is Dead Pony, looking to stretch out their world from Glasgow, and put a message out there that their brand of fast melodic punk is coming to get you!

SPILL FEATURE: UP FOR THE CHALLENGE – A CONVERSATION WITH KELCEY AYER OF LOCAL NATIVES

by Kieran Davey on December 5, 2020
UP FOR THE CHALLENGE A CONVERSATION WITH KELCEY AYER Before the COVID-19 pandemic, Local Natives was promoting their fourth album Violet Street. [...]