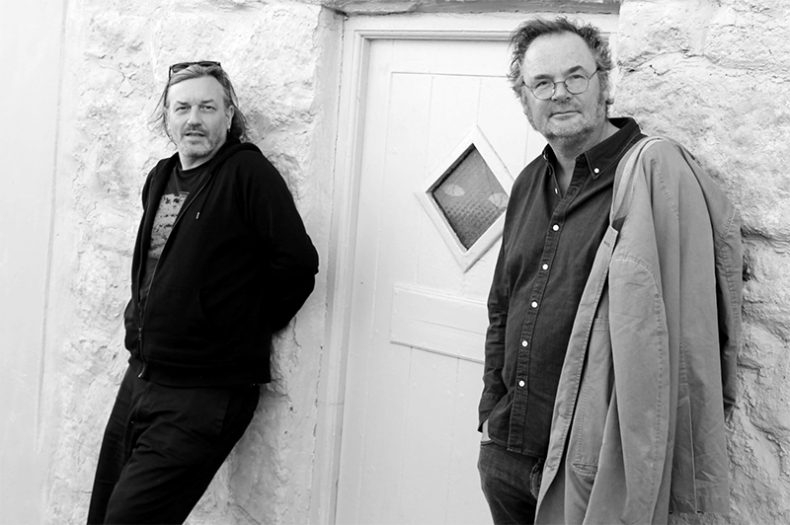 A CONVERSATION WITH MARTY WILLSON-PIPER OF MOAT

Marty Willson-Piper loves music, plain and simple. One can see this by reading his blogs In Deep Music Archive, where he writes about his incredible, jaw-dropping record collection, or on Where I Am Now. Both will show you what music means to Willson-Piper, but that is not the whole story. One simply looks at his resume and his current projects, and one will see an artist who has been a member of The Church (1980 – 2013), All About Eve, The Saints, and Sweet Gum Tree. He has also developed a solo career, recorded and toured with his extremely talented wife, Olivia, and is currently involved with Atlantæum Flood, Anekdoten, Noctorum, and MOAT. And if that isn’t enough, he offers online Songwriting and Guitar Guidance–check out his website: https://martywillson-piper.com).

MOAT, a duo, consisting of Willson-Piper and Niko Röhlcke, is back with its second album, Poison Stream. Röhlcke is a Swedish musician and composer and is a member of the band Weeping Willows. I recently had the chance to sit down and have a chat with the immensely talented Willson-Piper. Talks with him are always entertaining, extremely friendly and one of the nicest guys you will ever meet.

‘I have quite an affiliation with Sweden and Stolkholm. I have a daughter and granddaughter there. I play with Anekdoten, who is (sic) a Swedish band, and done lots of musical things there. I met Niko through a mutual friend. He is an interesting person from a compositional point of view. He is a multi-instrumentalist but he doesn’t sing or write words. We got along right away, and we decided to get together with some instruments and see what happens. Actually, one of the first songs we wrote was “Judgement Day” which is on the new MOAT album. There are a couple of tracks on the new MOAT album that were written and recorded for the first MOAT album, but weren’t quite realised or didn’t quite fit.’

MOAT is a true collaborative effort for both musicians. ‘Sometimes he’d extract little sections out of little themes he had done for TV shows, we would listen to something and it may only last six seconds, but it is such a good little theme that we could use that to write a song around. I think “Gone By None” was something like that, where it was originally probably part of some show. It is varying inputs from each of us. But I always write the words and sing the songs.’ 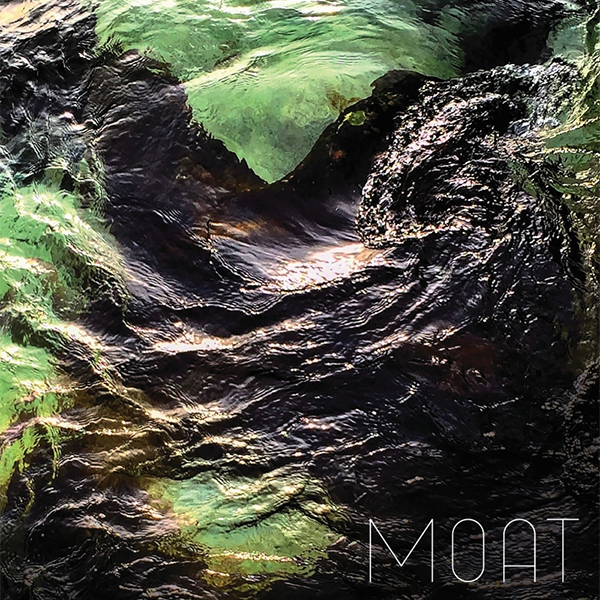 On Poison Stream, Willson-Piper has written some of his best ever lyrics. “Well, I’m a bit of a reader. I have always liked literature, reading a lot, and loving reading. So I have always been inspired by the written word, including poetry. I have always liked great lyricists in music as well. I don’t think it is right to compare yourself with other artists’ skills, because I don’t live in a world where music is a competition. But between books and true-life experience is probably the inspiration for me writing the words that I do. That’s it really.’

Determining which songs go where while juggling so many bands is a definite issue. “It’s about geography,” he laughs. “It’s where I am at the moment. I wrote most of “Helpless You” in the countryside outside the studio in Niko’s garden, as I did with “Tears Will Come”. I wrote that on a broken-down guitar with a weird tuning because it just happened to be in that tuning. Sitting outside the studio while Niko was working on something else. So it is all about where I am.’

I pointed out to Willson-Piper that there is quite a lot of time between the two albums, as MOAT’s self-titled debut album was released in 2013. “I don’t know, time flies, you know. I don’t know why. I have been busy with other projects.”

Willson-Piper has been busy working with people around the world. “I started doing these online sessions for people. One day I thought I should do guitar stuff online. There are a lot of people out there that think about and want to write songs, but haven’t got the direction. They might have the ideas, but they don’t know how to put it all together. So I started working with people who are interested in the songwriting aspect and needing help with that, which means a lot of things.”

Not only does Willson-Piper assist new artists, but also has been developing new collaborators. For him, success is in the act of creating.

In the meantime, the world has a new MOAT album to enjoy until Willson-Piper releases other new music. The fact is, he never stops working. ‘I never work on the theory of what we need. I work on the theory of what comes out in one’s creative headspace. It’s all about the “c” word, creativity’. It’s all about that. You have to believe in it, discipline yourself to its whims and needs. You have to want to and be dedicated to it. That is why I write every day, because every day the “c” word comes up to me and says “you better write something”.’

Thankfully he does, and the world is richer for it.

This Toronto-based artist has worked as a photographer, graphic designer, web designer and motion-graphics designer for the better part of ten years. His love of music both old and new shines brightly through his dedication to The Spill Magazine as Editor and Creative Director.
RELATED ARTICLES
featuresmarty willson-pipernoctorum

by Gerrod Harris on March 15, 2021
VISIT BEAUTIFUL DAYTONA B(L)EACH A CONVERSATION WITH MONOWHALES’ JORDAN CIRCOSTA Few Toronto artists turn heads quite like the [...]