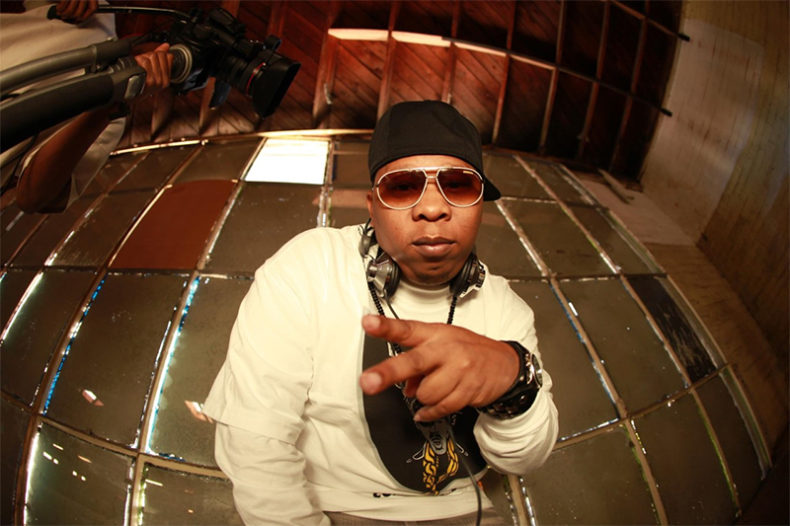 AN INTERVIEW WITH MANNIE FRESH

Byron O. Thomas is nothing short of success. You probably know his song “Real Big,” released in 2004 on his album The Mind of Mannie. Mannie Fresh, the American rapper, producer and DJ most known for his work with Cash Money Records. Fresh, is currently signed to Def Jam and his own, Chubby Boy Records.

Having been in the music business since the 80s working with people like Birdman, Lil Wayne, T.I., Rick Ross and an abundance more, Mannie Fresh has the experience and pride, however is also more humble than imaginable.

“I like the smaller venues, I like the hole-in-the wall spots,” says Mannie Fresh. “It’s more like, they’ll let you have ‘it’ if you ain’t doing your job. I like the little venues where it’s more personal, if u suck as a DJ they’re going to let you know.”

Fresh had always known he’d be in the music business since his father was a DJ and he grew up around the music, but he says he’s a DJ before anything else and never, ever considered anything else even after a few business lessons were learned.

“My dad was a DJ so I grew up around the music and I think it was just something that sunk into me when I was young,” says Fresh. “I already knew at a young age this is what I was supposed to do, I probably had other options, but I knew this is what I was supposed to do. I don’t think I would change anything, then again, let me take that back, I would probably change the way I did business. I was so in love with my music that I wasn’t paying attention to my business. I would do that differently, believe me. My whole structure, I wouldn’t go in without a lawyer, I’d make sure every “i” was dotted and every “t” was crossed and have somebody look over the contracts instead of just taking someone’s word.”

Fresh has his own keys-to-success and what he says got him to where he is now.

“Motivation. Just getting up every morning and doing it. Every day is like a practice, it’s like a sport. You condition yourself and you do it, it’ll become second hand to you… but you’ve got to be willing to do that. Sacrifice, motivation & drive.”

Fresh is working on a new album right now which he says is long overdue. Mannie Fresh’s album will feature artists that reached out to him and people he grew up with. It will definitely be an album you want to get your hands on, (literally or figuratively, just keep your ears open.)

“I’ve always been a DJ first, before everything. It’s my whole style of my production. I know my categories and I know my limits, I know what I can do and cannot do.  ‘Mannie Fresh’ is more of uhh – you know I get the party started. I’m not going to tell you I’m a hard-core rapper or I’m just a political rapper. All of it comes from DJ’ing. The Mannie Fresh thing, the energetic, fun-loving guy who’s all about having a good-time. There’s no magic or special effects, you’re just going to get someone who genuinely loves hip-hop. Anybody who I would have wanted to work with is already dead. Marvin Gaye, Donny Hathaway. I’m not saying there’s nobody nowadays, but people I admire. My favourites have already passed on. They made music that you could feel and it sounds good. I could still put on a Marvin Gaye album and it sounds like it came out yesterday, it still sounds good. You can play any Bob Marley song, it still sounds good, it still makes sense to you.”

Mannie Fresh’s piece of advice for future DJ’s and everyone in the music-industry is very simple and profound.

“Know your crap,” Fresh said bluntly. “Study the music. Don’t limit yourself. Know everything you can. Get a couple of cool House records, EDM records, some old Hip-Hop records. Have a category of everything, that way you have different fields and different ideas of what music is supposed to sound like.

The toughest thing for me as a producer is trying to convince somebody not to make the same song over again. I get people that want a song that was already done, it’ll be like a “make a go-back-that-ass-up, or make me a go-dj,” like that’s already been made, let’s move on. That’s the toughest, I always get people who try to make me do something that’s already been done.

Music isn’t lacking anything today, it’s just a different day. People probably thought my music was loud and crazy in my younger days, nowadays if you want something, you’ve just got to dig deeper for it.”

The Spill Magazine is a Toronto-based online publication dedicated to covering the independent music scene with a strong focus on our thriving hometown talent. Our writers bring you up-to-date news, in-depth features on musicians and reviews for the latest CD releases. We also travel to the front lines for all local festivals including Canadian Music Week and North by Northeast. Don’t forget to check out our Facebook and Twitter pages for all daily Spill updates.
RELATED ARTICLES
def jamfeatures
8.0