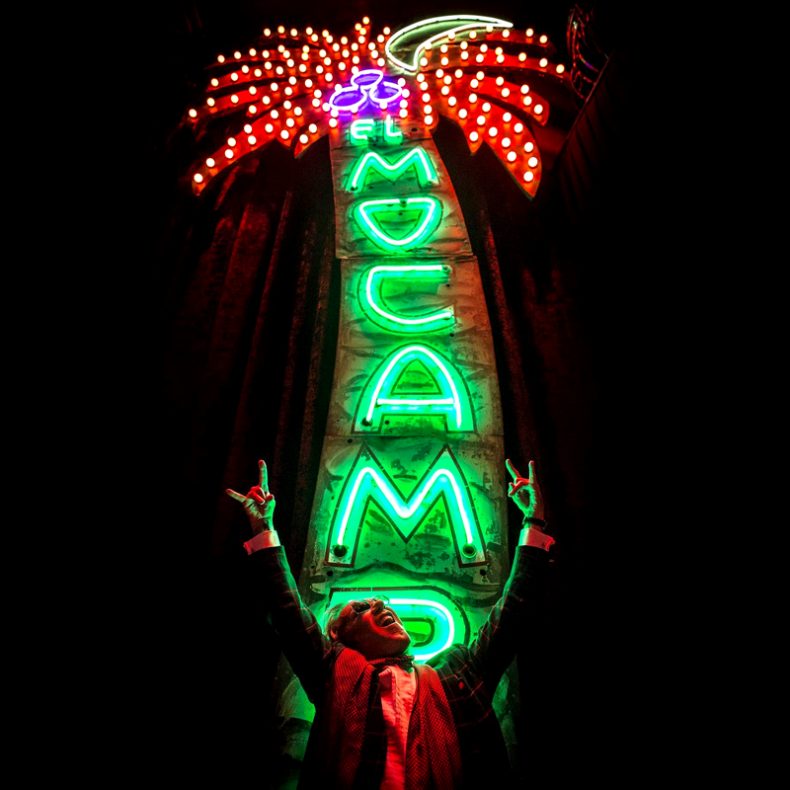 RETURNING THE EL MOCAMBO TO ITS FORMER GLORY

THE MONUMENTAL RETURN OF AN ICONIC TORONTO VENUE

Since 1948, The El Mocambo has been a central fixture of the Toronto live music scene. The club has hosted the likes of legends, ranging from The Ramones, Stevie Ray Vaughan, Blondie, U2, and, most notably, The Rolling Stones over two nights in 1977, and this has given the venue a special place in the heart of the city as a legendary venue in the same vein as New York’s CBGB. Naturally, it was a sad day in 2014 when the club was set to close; that is, until Michael Wekerle, best known for TV’s Dragon’s Den, purchased it. Since then, plans of a complete overhaul to the venue and rumors of The Stones returning for the opening celebration have circulated and have ultimately left everyone wondering the same thing, what is going on with The El Mocambo? As it seems, we will all be dancing under the neon palms sooner than expected. With a grand opening slated for this spring, Wekerle and his team invited members of the media for an exclusive walk-through of the iconic venue.

Upon entry, you’re immediately hit with a vibe. This isn’t a typical venue; this is The El Mocambo. This is a room full of stories and Toronto history. As a result, the venue looks like a rock ‘n’ roll club out of a movie; it transported one back to 1970s New York City or Los Angeles. Throughout its four floors, the venue is decorated with a vintage aesthetic along with wallpaper made from ticket stubs, photographs of amps, and photographs from concerts in the ‘70s and ‘80s. From top to bottom, The El Mocambo is stunning. The designer offers that there was an emphasis on creating a rock club vibe with a number of “Instagrammable” spots, hence the excellent lighting, use of mirrors, and splashes of modern showpieces and neon signs that read “I’m At The Fucking Elmo” and “Be Naked When I Get Home”, among others.

“We could have Metallica upstairs
and Joan Baez downstairs
and you would never know.”
~Michael Wekerle

The original building has been completely overhauled through a 30 million dollar renovation which raised the building up 30 feet above and 10 feet below the original foundation. The main floor consists of a flat concert floor with a long bar. The room looks like a high-end venue for local music, with a raised stage at the end backed by a digital screen. Up on the second floor, with a flight of stairs adorned with the spra- painted names of Elmo alumni, is the main stage, framed with the original neon palm tree, in a room that is not much larger than that of the first floor. The floor above leads to a wraparound balcony allowing for incredible sightlines of the stages. Nowhere in this room offers a bad view, making it among one of the most intimate club spaces I’ve seen.

Off the side of the balcony is a VIP control room where the true magic happens. Visually, The El Mocambo is a beautiful venue which delivers on the goal of returning it to its former glory; however, Wekerle has a vision beyond making this like any other venue. Each floor is completely soundproofed, with Wekerle explaining “we could have Metallica upstairs and Joan Baez downstairs and you would never know”. There are audio feeds running right up to the control room. This not only allows for them to record every show, but they are capable of streaming everything live, on the fly. Furthermore, all the lights are programmable, “just like your CTV studio, except you can drink here”, Wekerle jokes, and the facility is capable of video recording and streaming as well. This leaves me beyond curious as to the innovations and opportunities this will lead to for not just the local Toronto community, but the global touring scene as well.

“This is a venue for the future, it’s a marathon, not a sprint” Wekerle explains as he exudes a genuine sense of passion and excitement. It is clear that this is a man who loves and values live music and has poured his money, heart, and soul into bringing his vision to Toronto. “It’s a Toronto bar. It’s not a Michael Wekerle bar, it’s about Toronto; The El Mocambo stands for Toronto”, Wekerle exclaims in excitement as he continues to praise Toronto and Canadian talent and our unprecedented domination of the Billboard charts over the last decade. Amidst a series of venue closures from the last few years in Toronto, Wekerle wants to “create a culture of music in Toronto that seems to have been lost”, with the Elmo returning to the forefront. With a tentative opening date of April 1, I left the media showcase with a sense of optimism for what is to come. I am curious to see how the reopening of such an acclaimed club will shift the Toronto music scene forward along with the technical innovations within the club.

A passion for music has always been a part of Gerrod’s life. As a young boy, he was raised on a steady diet of the music from The Chili Peppers, Aerosmith, The Stones, Prince, and others from his mum. Raised in the GTA, Gerrod continued to foster his love for music by attending a wide range of concerts and learning the drums. His unapologetic passion for music has no bounds and has spread to a wide variety of styles, whether it be the 90’s rock that sound tracked his teenage years, the jazz he studied in university, or his newfound love for hip-hop. He recently received his bachelors in music and education from York University and is passionate about writing and reviewing good (and less than good) music. Gerrod is also the drummer and songwriter for a Toronto based rock & roll band, One In The Chamber.
RELATED ARTICLES
el mocambofeaturesmichael wekerle