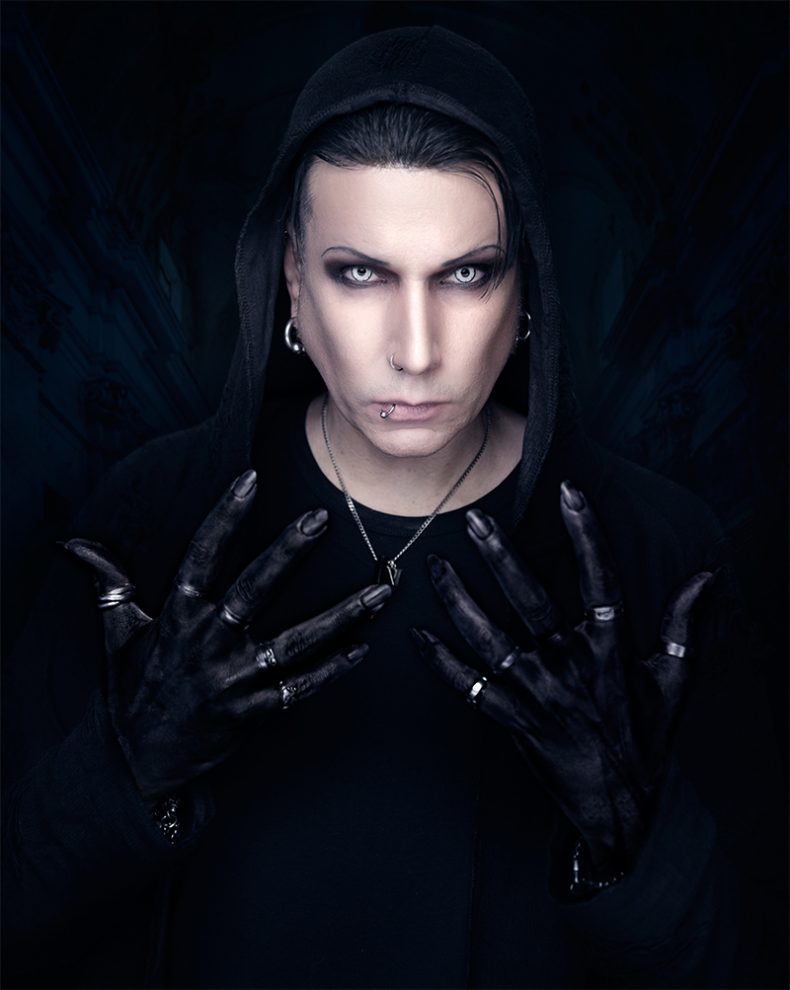 RELIVING THE ’80s AND LOOKING AHEAD

A CONVERSATION WITH CHRIS POHL OF BLUTENGEL

Taking their fans back in time, Goth electro band Blutengel have released their latest album Fountain of Destiny filled with classic tracks from the ‘80s, including the likes of Alphaville, Gary Numan, Duran Duran, and Erasure. This nostalgic trip is a dance through memory lane as each cover sounds like the original but still has the vibe of Blutengel written all over it.

Fountain of Destiny is not their first foray into ‘80s covers. According to frontman Chris Pohl, ‘Our last album contained a bonus CD with six cover songs in the limited box. The people seemed to like it very much,’ Pohl said. “There were songs from the ‘80s on it, which we put into our style. I’m a kid and a big fan of the ‘80s, so it made sense that we covered a few more songs, and so many that it was enough for a whole album. For me, the ‘80s are really the most interesting decade musically.’

Included on this album are some iconic covers that fans are sure to love, including a beautifully uplifting rendition of Alphaville’s “Forever Young” and their twisted take on Propaganda’s “Dr Mabuse”. Pohl was particular about the songs he wanted to include and to make sure they were both close to the original while uniquely Blutengel. ‘For me it wasn’t just about “stealing” the melody or the idea of​​ the songs, I wanted to transport the whole song in terms of production technology and the mood into the present day. So, treat the song as a work of art,’ he remarked. ‘I just interpreted it in my style. I didn’t want to change a lot and I just didn’t have to, because the original songs were perfect. Of course, my voice turned the songs into a Blutengel song, and some fans did not even know the originals.’ 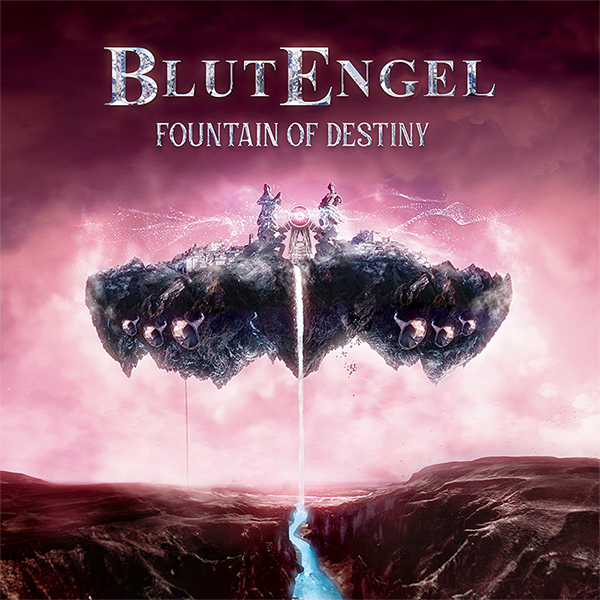 Creating this album wasn’t an easy task in particular with securing the copyrights for the songs Pohl wanted to include. ‘That was the most exhausting process in the whole production. Many of the companies didn’t even send us a response, we had to ask so often,’ said Pohl. “Then there were also some direct rejections, the album was finished but we couldn’t publish it. So, we decided to just do a mini album but at the very end, there were still 3 approvals and thus it became a real album. I’m very happy about it.’

Included on Fountain of Destiny are two bonus Blutengel original tracks, “Unsere Zeit” and the instrumental “Journey to the Edge of the Night”. These will be included on their upcoming album set to be released this summer. “I didn’t want to keep the fans waiting that long and decided to release these two songs beforehand. ‘Unsere Zeit’ is a song that describes that we should appreciate our life every moment because we only have the time between birth and death and should make the best of it.’

“The new album was supposed to come out in February, as always, and Fountain of Destiny was still planned for 2020 but the pandemic has simply shifted everything,’ Pohl said with regards to their new album. ‘Now the new album is coming in the summer and is already completely finished. I can’t wait for it to be released! Besides that, I almost finished producing a new She Hates Emotions album.’ Pohl said referring to this new synthpop side project.

Samantha is both a writer and a fan of the arts and has been able to find numerous ways to pair the two. Eager to dive head first into writing for Spill, Samantha is an avid partaker and reviewer of live art in Toronto serving as an editor at Mooney on Theatre exploring live local theatre, she's a photojournalist for Been Here Done That, a travel, dining and tourism blog that focuses on Toronto and abroad and previously for Lithium Magazine. She's passionate about music, theatre, photography, writing -- not necessarily in that order. She drinks tea more than coffee, prefer ciders over beers, and sings karaoke way too loudly. You can follow her on various social media including Facebook, Twitter, and Instagram.
RELATED ARTICLES
blutengelchris pohlfeatures
6.0