SPILL FEATURE: READY FOR THE LONG ROAD AHEAD – A CONVERSATION WITH GREENHOUSE 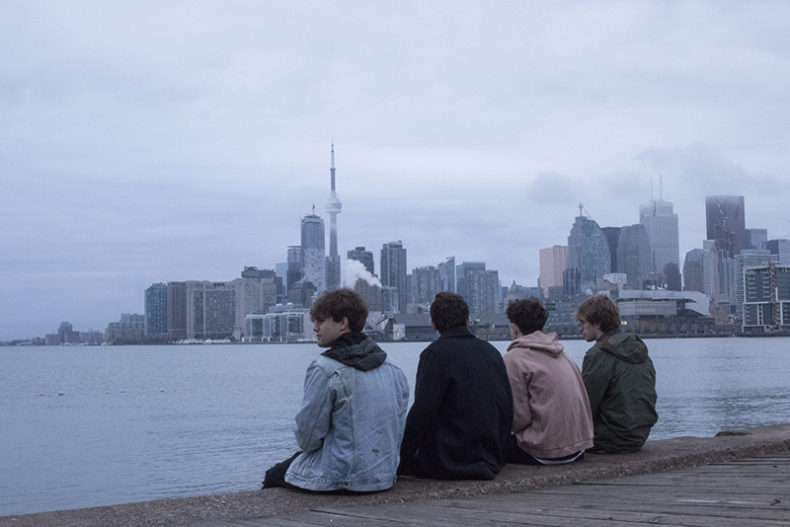 READY FOR THE LONG ROAD AHEAD

A CONVERSATION WITH GREENHOUSE

Call it the Greenhouse effect if you like, but these four young (the eldest, lead vocalist Sacha Katz is 19, while the remainder of the band are still in High School), can win you over just by talking.  They have energy to spare.  I recently sat down with the four members of Greenhouse to talk music, their upcoming shows, a video release, and whatever else came into their minds. 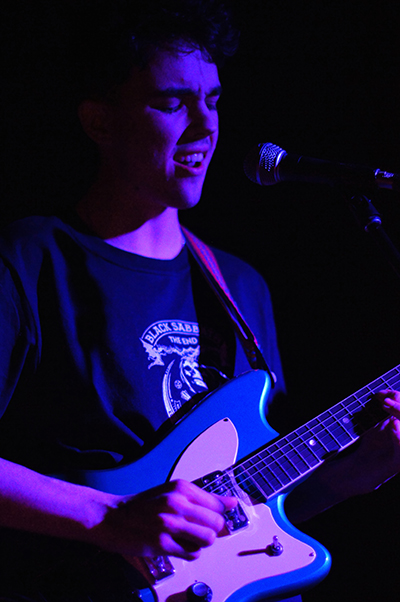 “Sacha and I have been together for about four or five years, and this band came together about two, two and half years ago” recounts Quinn.  “Joe joined a year, we scooped him after he left another band.”

They call their music ‘shoegaze’ and in a short time have garnered a large audience, and landed a producer who helped them in the studio.  Producers/engineers Josh Korody and Leon Tahey recorded the band at their Candle Studios in Toronto, the result is a five track ep, Greenhouse-EP.

“Josh is a great producer.  We learned to trust his ear”, says Quinn.  “We transferred from our leather jackets to the pedal in the studio, and he treats us well.  We continue to work with him for our new single.”

“Young people get excited about singles” continues Sacha, “so we are putting out a couple of singles soon.”

According to Sacha, the group’s name came from a  song he and Quinn had written together.  “It was the first song we wrote in ‘shoegaze’ style we play in now.  So it seemed fitting to name the song after that definitive change.”

And the EP is why we are all here today.  May 13th is the official launch of the video “Part Time”,  a song from the EP.

“The video was shot about a year ago” Quinn reports.  “It was made by cousin Aidan Cheeatow, who has shot other videos for us.” 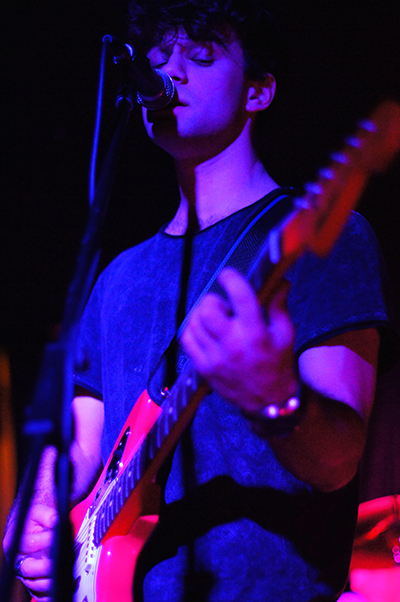 “We are lucky, our families and friends have been very supportive” adds Sacha.  “Quinn’s sister, Maya, takes out photos and did the cover of the EP.  She is also brutally honest, she lets us know what is good and what isn’t.  We rely on her.  She is never discouraging, just very honest.”

“She helps with our fashion sense too,” Quinn is quick to add.

We have a four piece band, from Toronto, who are just starting out.  Joe (or Joseph) is ready for the long road ahead. “You know, there is this Toronto hill to climb over.  You have to get a buzz going with D.I.Y. shows.  But the youth in Toronto are very accepting and very supportive”

“But”, as Sacha points out, “we do have to get out of Toronto and play gigs in, say Ottawa or Montreal and get our names out there.”

For the record, this is a truly independent band.  Booking their own shows, funding the recording themselves and basically looking after the band themselves. But the question remains,what is their ultimate goal in a business that is not always or easy.

“We don’t have a goal”, reports Sacha, “except to make more and better music.”

“And push our music and push ourselves” adds Quinn.

For these four young musicians from Toronto, they are still having fun, enjoying live performances and continuing to perfect their sound.

Check them out at the official launch of the video “Part Time” at the all ages show at Cinecycle in Toronto on May 13, 2017.