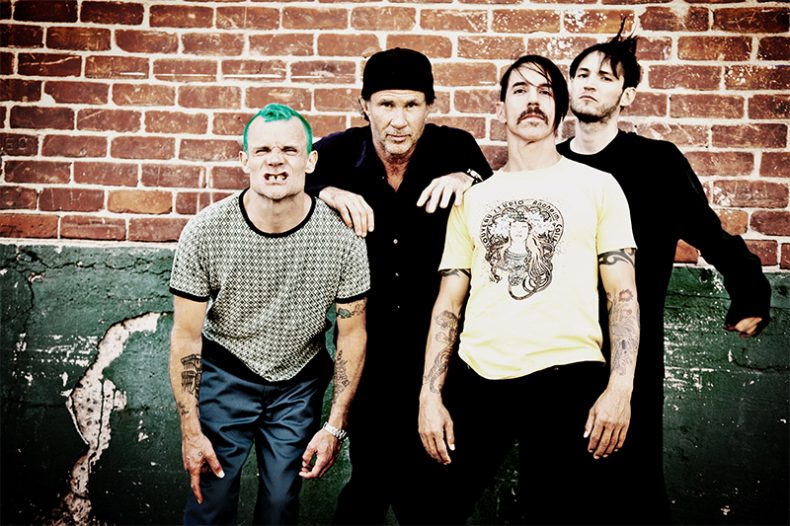 Over the course of 33 years the Red Hot Chili Peppers have produced a total 11 studio albums. Some are downright classics, adored by critics and fans alike. Some are just okay; they might have six or seven good tracks but the rest are duds. And a few are just plain bad. Here’s our definitive ranking of the Chili Peppers’ albums. 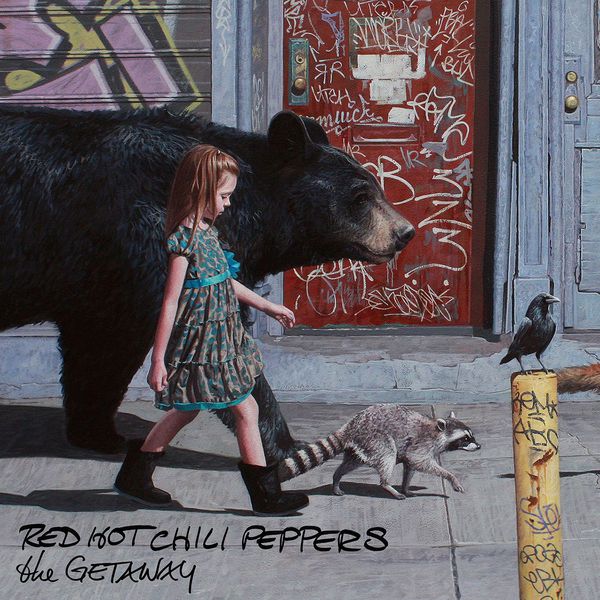 Yep, the Chili’s latest album is in fact their worst. Aside from a few tracks, this LP mostly consists of filler material. The sad thing is that it took nearly half a decade to make. C’mon guys, you can do better than this! 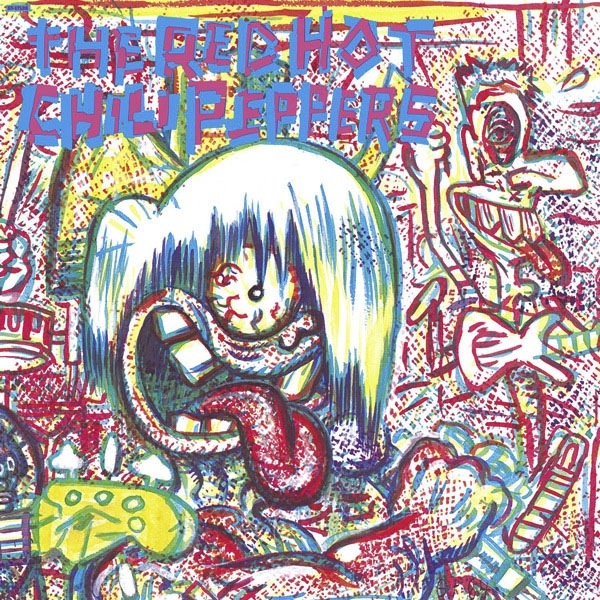 Their self-titled debut is often seen as the band’s worst entry and for good reason. The album is unfocused and poorly produced. However, this isn’t entirely the band’s fault. Two of their founding members (guitarist Hillel Slovak and drummer Jack Irons) had quit the band a few months before recording was underway. The Chilis were adjusting to the two new members, guitarist Jack Sherman and drummer Cliff Martinez. Another problem was producer and former Gang of Four guitarist, Andy Gill. Singer Anthony Kiedis and bassist Flea had a tough time connecting with Gill, to say the least. The Chili Peppers had not yet found their feet and unfortunately it comes through on this album. 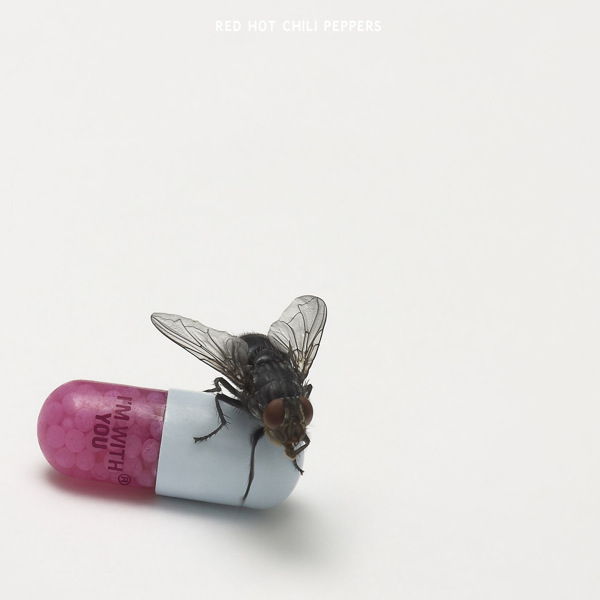 In 2009, John Frusciante left the band for a second time and this time, for good, furthering The Red Hot Chili Peppers’ longtime curse for not keeping guitarists. Frusciante was quickly replaced by touring guitarist Josh Klinghoffer. While Klinghoffer is a more than adequate guitarist, his style didn’t blend with the rest of the band as Frusciante’s had. It comes across on the record, sadly. I’m with You is far from a disaster, but it is one the most banal efforts the band has ever produced. The Chili Peppers are trying too hard here to blend in with current Pop music with Hard Rock and Funk. It didn’t work. 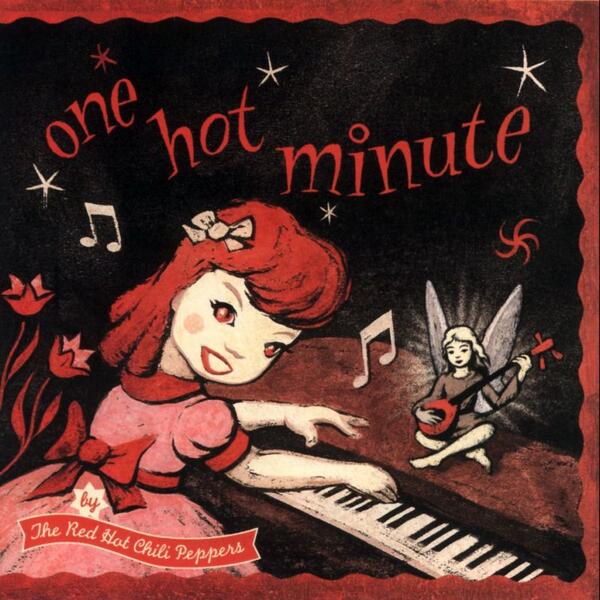 Following up a masterpiece isn’t very easy to do. Some bands can do it quite well (think Radiohead’s Kid A following OK Computer) and some bands cannot e.g. The Stones’ Goats Head Soup following Exile on Main St.). In the case of the Chili Peppers, they fell into the latter category with this one. One Hot Minute is not a bad album per se, but it is far from great and pales in comparison with its legendary predecessor, Blood Sugar Sex Magik.

The band suffered greatly from the first loss of Frusciante. His raw Funk licks and Hendrix-esque solos that had graced Blood Sex Sugar Magik defined the sound of the Chili Peppers. However, his extensive drug use led him to quit the band while on tour. In 1993 the band hooked up with former Jane’s Addiction guitarist Dave Navarro, and two years later One Hot Minute came out. The high expectations that fans had were immediately let down. While Navarro is a skilled guitarist, his heavily distorted guitar licks and Psych-Rock flourishes are far from Chili-Pepper-friendly. However, there are moments on One Hot Minute that are absolutely brilliant. One of them is seeing Kiedis maturing as a songwriter. It’s probably the Chili Peppers’ darkest album as Kiedis’ lyrics deal with loss (“My Friends” and “Tearjerker”) and his worsening addiction (“Warped”). 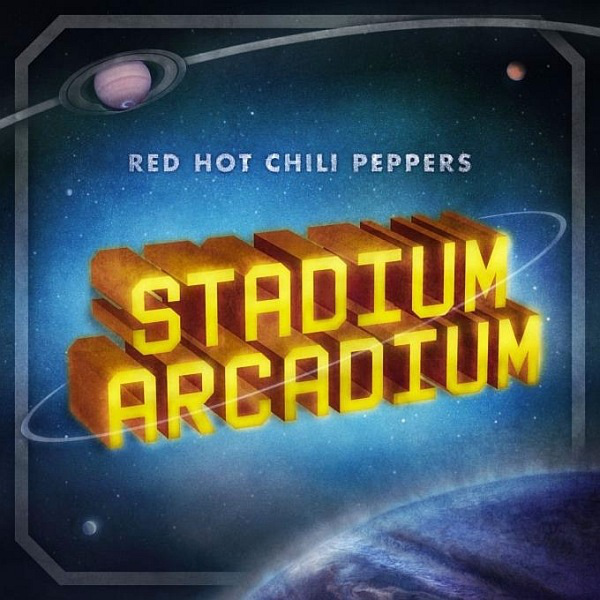 The double album is a hard one to get right. Let’s face it; there are very few perfect ones out there. Okay, there’s Physical Graffiti, Tusk, The White Album, but very few come close to this category and the Chili’s first double album effort certainly doesn’t. Yeah, it has “Dani California,” “Snow (Hey Oh”), and the tender “Hard to Concentrate,” but it also has duds likes “Warlocks” and “She’s Only 18.” There is too much filler material to make it a classic album. If the band had made it into a single album, however, it very well might have been a contender for the number one spot. 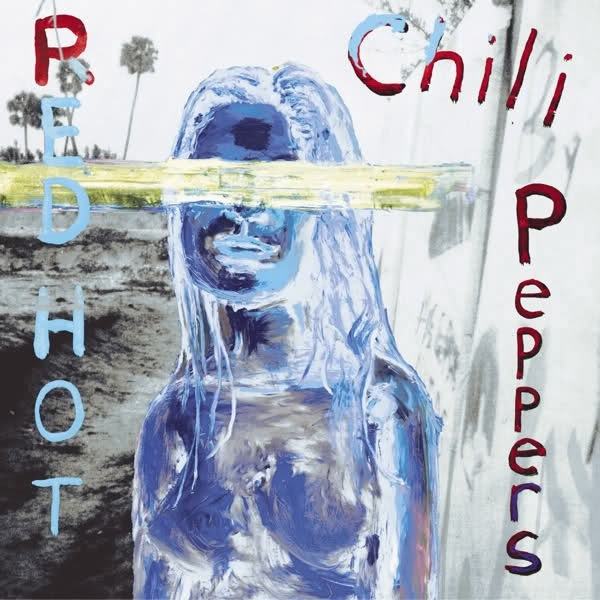 On By the Way we hear the Chili Peppers’ first real attempt to break out of the Funk-Rock realm and by golly they did a pretty good job. Taking inspiration from The Smiths and other ‘80’s bands, they produced New Wave classics like “Universally Speaking,” “Dosed,” and “The Zephyr Song.” But let’s get real; this is a Chili Peppers record so the Funk element is not totally lost. “Can’t Stop” is one of the funkiest tracks the Peppers have made in the last two decades. 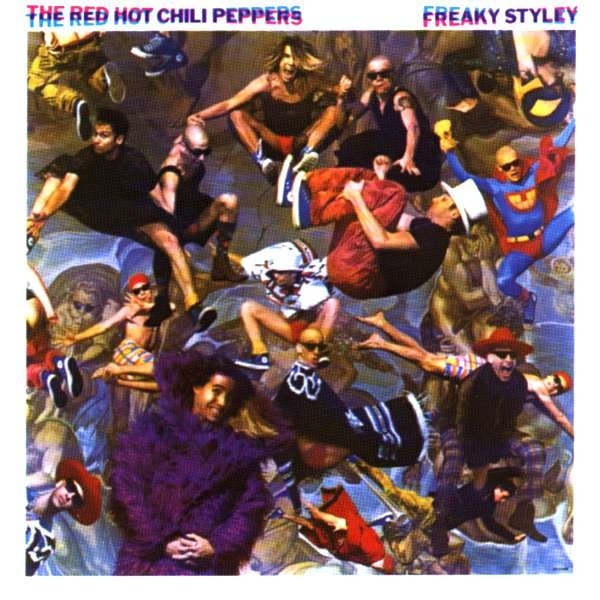 This pick might seem a tad controversial as this album bombed critically and failed to break the top 100 on the charts when it was released. But out of all of the Chili Peppers early work, Freaky Styley has become more respected with age. It’s certainly the band at their funkiest.

After the commercial and critical failure of their first album, they went back into the studio the following year and hooked up with legendary P-Funk mastermind George Clinton to produce the album. Also, original guitarist Hillel Slovak would return, replacing the ill-fitting Jack Sherman. The result: pure ‘80s Funk (with the odd Punk song thrown in). The chemistry with Clinton and the newly reenergized Chili Peppers is undeniable and they deliver one of their most unique albums. 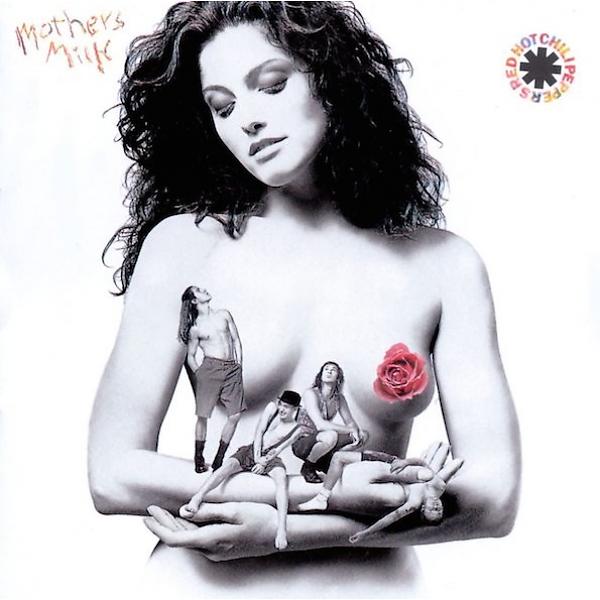 Following the death of guitarist Hillel Slovak, the band seemed like it was over. Drummer Jack Irons had quit and left Kiedis and Flea to run the show. Still wanting to make music, the duo quickly hired drummer Chad Smith and 18-year-old guitar virtuoso, John Frusciante. This was to become the “classic” Chili Pepper line up.

The newly invigorated band began writing new material for what would become Mother’s Milk, the band’s semi-breakthrough album. Once again produced by Michael Beinhorn (he produced The Uplift Mofo Party Plan as well), the album has a big ‘80s metal vibe to it, but the band’s undeniable urge to funk out comes through on classics like “Higher Ground,” “Good Time Boys,” and the instrumental “Pretty Little Ditty.” It’s unfortunate that “Knock Me Down” was the hit single off of the album, as it is arguably the worst track from the bunch. 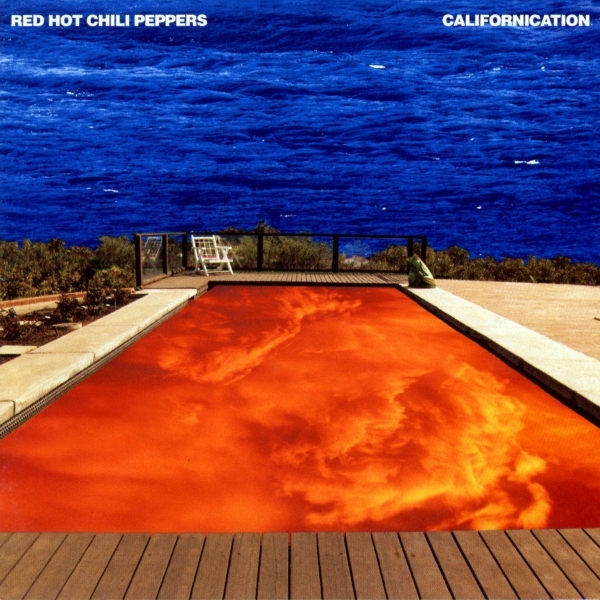 Following Dave Navarro’s departure in 1998, the Chili Peppers were once again without a guitarist. Things were not looking good for the band until the newly sobered Frusiciante rejoined the Chilis. The chemistry between Kiedis, Flea, Smith, and Frusiciante is undeniable and it shows through on band’s 1999 hit, Californication. Along with the title track, the band produced several Funk-Rock hits including “Scar Tissue,” “Otherside,” and “Around the World,” which became instant classics. Singer Kiedis’ songwriting and singing ability had also grown and it shows on these tracks. Californication is the album that set the standard for what a Chili Pepper album should sound like.

The Uplift Mofo Party Plan is the only Chili Peppers album that features the original four members and the raw Punk-Funk energy is incredible. It’s easy to see why those early Chili Peppers concerts were so legendary. Flea’s slap bass combined with the raging guitar of Hillel Slovak is pure bliss. Kiedis really hadn’t developed as a singer or songwriter yet, but we’ll forgive him because his speedy white boy rapping hits an all-time high on tracks like “Fight Like a Brave,” “Skinny Sweaty Man” and the classic “Me & My Friends.”

Key Tracks: “Fight Like a Brave,” “Behind the Sun” 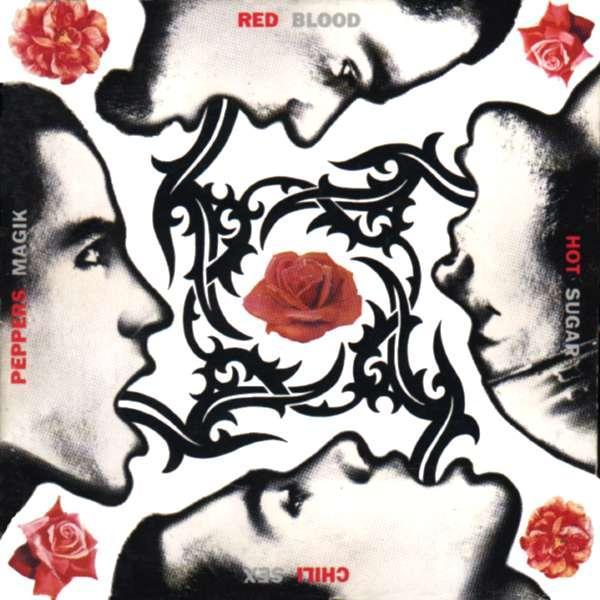 It’s somewhat of a clichéd pick, but this is without a doubt the best album in their discography. Hell, it’s one of the best albums of the decade. Here we find the Chilis at their most confident.

After slowly making a name for themselves as an energetic and zany live act they entered the studio with legendary producer Rick Rubin for the first time. He would go on to produce the next five Chili Pepper albums, but this is the one where he captured the real magic of the band. Rubin urged Frusciante to rely less on distortion and to keep his guitar as clean as possible, creating the band’s iconic funky guitar sound. In a time when grunge was the thing, the Chili Peppers made it cool to Funk out.

The album is known for its hits such as “Give it Away,” “Suck My Kiss,” and “Under the Bridge,” but it’s on songs like “If You Have to Ask”, “Mellowship Slinky in B Major” and “Sir Psycho Sexy” that we get to hear a style of quirky Funk that makes this album such a timeless classic.

Although, at the time, it was overshadowed by Nirvana’s Nevermind and Pearl Jam’s Ten, it has arguably aged the best of the three.

Key Tracks: “Under the Bridge,” “Give it Away”

As a child growing up in the suburbs, Ryan found music as a way to soothe his boredom. After first hearing AC/DC at the age of 10, he was hooked on music. Tracing its roots to the ‘50s, he became obsessed with Elvis, Buddy Holly and Chuck Berry. Somehow that led to grunge, then psych-rock, then jazz, etc. The list goes on and on and his collection of vinyl records continues to grow.
RELATED ARTICLES
anthony kiedisfeaturesflea
10