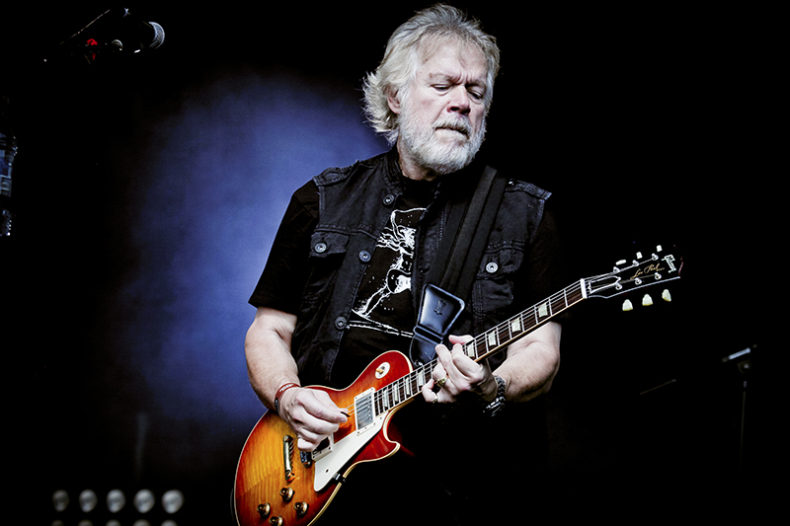 RANDY BACHMAN REFUSES TO SLOW DOWN

Following his departure from The Guess Who, he released a solo album and formed the group Brave Belt (with original Guess Who member, Chad Allen). That band lasted a couple of years and released a couple of albums, but by 1973, Brace Belt folded and Bachman and bassist C.F. “Fred” Turner formed a new band.  By this time Randy Bachman was their drummer and he stayed on with the band.  Needing a second guitarist, Bachman introduced his brother Tim to the band, and the band changed their name to Bachman-Turner Overdrive (B.T.O.). And by that time, music became a life or death situation. 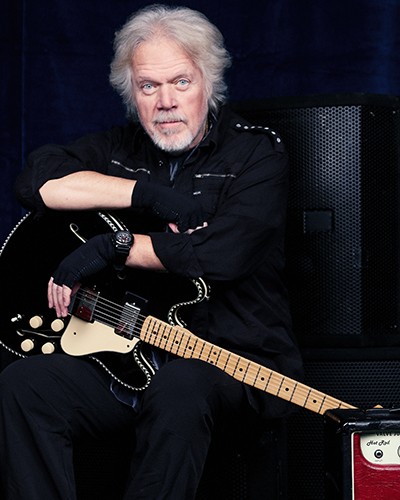 “I spent all the money I had made with The Guess Who, and supporting the band. The band almost broke up. I was basically blackballed in Winnipeg since leaving The Guess Who, and the band (B.T.O) was about finished,” Randy Bachman revealed during a recent conversation.  “Luckily Charlie Fach heard the demo at Mercury records in the U.S.  He heard a song called “Gimme Your Money Please”, I could hear it in the background when he called me.  He offered the band a three album deal, with a nice advance, and the rest is history.”

Their first album was a huge success and within 18 months, B.T.O had three albums in the Billboard charts, with the classic Not Fragile hitting the number one album spot.

Since then he has played with everyone who is anyone. Neil Young, Peter Frampton, and was even a member of Ringo Starr’s All Starr Band (“the trip of a lifetime”).  But perhaps Bachman’s crowning glory was being on The Simpsons.

“That was the thrill of a lifetime,” Bachman admits. “My son, Tal, was in Japan talking about his tour and the problem of getting a piano into a floor and he asks me what I was doing.  I told him about being a guest on The Simpsons, and he says ‘Dad you finally made it.’  It seems that Matt Groening is a huge B.T.O fan.  The Christmas after I did the show, I get a big box from the show, with a tour jacket, games, and autographs. It was beautiful.”

Bachman has also become famous for his radio show, Vinyl Tap, which has been running on the CBC for over 12 years.  “It is a lot of fun, my son Tal helps with research and I get to pick my own songs.  I get a lot of ideas for shows from fans writing in. I play songs I love and get to play the guitar.”. But Bachman has found that even he surprises artists he has known for years.

“I played an outtake of “Domino” by Van Morrison, and he called me saying he heard me play it and even he had not heard it or rather forgot about it and wanted to know where I got it.  Artists call me all the time, it is pretty cool.” 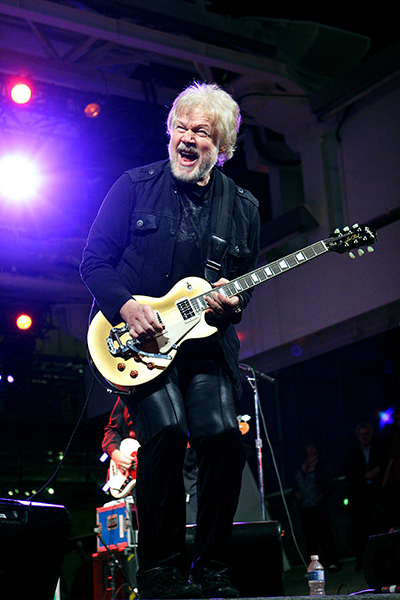 Bachman has not rested on any of his many laurels. Radio shows, touring, writing books, and many solo albums.  But he does challenge himself by creating Jazz and Blues albums. In fact, Bachman will be playing the Toronto Jazz Festival on June 23, at The Concert Hall in Toronto.

“Walter Trout will be joining me and there will be other surprises. So, I get to reinterpret some of my songs and perform other songs I just love to play. I have a wandering mind, so I do rock, and dabble in jazz and blues albums.  My last album, Heavy Blues included many guests like Peter Frampton, Jeff Healy and others. This is the stuff that excites me, otherwise I am never getting out of bed.”

Besides The Toronto Jazz festival, Bachman is about to embark on a summer tour of Canada.

“I am playing places that don’t get many concerts, celebrating Canada’s 150th, and playing Classic Rock festivals with people like Bryan Adams. You know it gets me going, you come on stage and you hear the roar of a crowd for a song you wrote, you feel the kick in the face.  It is amazing!  You know it is a rush, this career has been amazing. Sometimes I feel like I should be playing folk festivals, because some of these songs have become classics and are folk songs now. I mean, B.T.O., were not a band of great musicians, just a bunch of guys I was lucky to have follow me, and it turned into an amazing experience. I still play with Turner and it is amazing.  But I get to do crazy things like inducting my good friend, Neil Young into the Songwriter’s Hall of Fame this September. You see why I get so excited! I will be doing two shows on Vinyl Tap about Neil in September too, and I can’t wait.”

When you talk with Randy Bachman, the excitement is infectious. He has the ability to just have a conversation and within ten minutes you forget you are talking to a genuine legend. He is still the “everyman” rock star, who hates iPhones, and likes the older Blackberry (I bought a bunch off Ebay with batteries too”, he happily tells me). He has a new album coming out in 2018 and shows no sign of slowing down.  Catch him this summer!

Born and raised in Whitby, Aaron discovered music through his love of The Beatles. This led to a career in radio, writing for various publications, and ultimately a radio show about The Beatles (Beatles Universe), which ran for over four years. When not immersed in music, Aaron enjoys spending time with the loves of his life -- his wife Andrea, and daughters Emily and Linda (all of whom have an intense love of music too).
RELATED ARTICLES
bachman turner overdrivebtoburton cummings