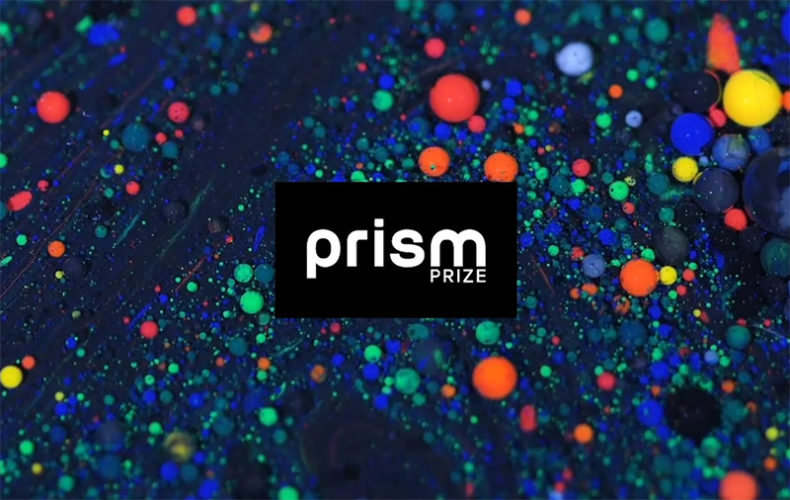 The Academy of Canadian Cinema & Television held the annual Prism Prize awards tonight at the TIFF Bell Light Box. The Prism Prize is a national award that recognises the artistry of modern music videos in Canada. Selected by a jury of more than 120 Canadian music and film industry professionals, a selection of ten videos made the shortlist. Based on the criteria of originality creativity, style, innovation, and effective execution, the winning music video takes home a $15,000 cash prize.

Comedian Dino Archie strung the night together with laughter. With ten video screenings split into three blocks and four awards to be given out, Archie had a lot to say and to laugh about. The laughter led us into a false sense of security, however, as the first video, Charlotte Cardin’s “The Kids”, directed by Kristof Brandl, stunned the audience with a lifespan of abuse on grainy black and white film. You could hear a pin drop in the auditorium. A stark contrast in mood and tone, “Best Part”, directed by Keavan Yazdani & Sean Brown, is a split-screen of Daniel Caesar and H.E.R in front of a seascape, one during the day, the other during sunset, singing a dialogue where the visual shows differing perspectives of the lyrical love story. “Body Count”, directed by Peter Huang, does a great job of making light of dark subject matter, the juxtaposition of Jessie Reyez singing about “dodging dick on the daily” while being strapped on a bonfire by witch hunters criticises gender-bias of sexual choice. Lastly, “Powerless” is a hard-hitting depiction of the wide-spread sexual abuse, trafficking, and disappearances of indigenous women by using the red dress campaign, which symbolises, honours and remembers the staggering amount of missing and murdered Indigenous women and girls in Canada.

A break in screening, the Hi-Fidelity Award, and the Lipsett Award took the stage. The Hi-Fidelity Award is presented to a Canadian recording artist with a strong visual identity in music video art. Clairmont the Second and his cinematographer Beee scooped up this award with their swooping wide shots overlaid with quick-footed beats. Soleil Denault, with her bold colour sequences and devilish eye for detail, won the Lipsett Award that is presented to a Canadian music video artist for an innovative and unique approach to music video art. Denault summed up the cultural importance of the Prism Prize’s recognition for music video work by exclaiming: “Yeah I’m a girl, I’m a director – this is cool!”.

More cool things were to come in the second video block with Said the Whale’s stock motion music video for “Unamerican”. Director, Johnny Jansen, undoubtedly did the fun track justice with this tasking format as the beat popped with the fluidity of the moving picture frames. Belle Game’s “Low”, directed by Kevan Funk, is a rare and bare look into vanity, pleasure, and pain. Focussing on movement around body parts and feeling with the sensuality of bodybuilding, sexual pleasure, and surgery. In a more obvious manner, Clairmont’s “Gheeze” is all about down to earth realness thrown over fantasy, bright colours, and big movements characterise his vision.

Another screening break called for Nino Brown and Dre Ngozi, who accepted the Special Achievement Award for the writer, director, editor and producer of music videos and branded content, Lacey Duke. This award recognizes a Canadian music video icon for their contribution and achievements in music video art on a global stage, which is entirely appropriate given Duke’s extensive list of creative achievements with brand partners like Pantene, Netflix, and CoverGirl and Samsung.

Directed by Lester Millado, Cadence Weapon’s “High Rise” gives a bird’s eye perspective of downtown Toronto, the grey high rises parallel with the rushed mood, however, two dancers express their story through dance, making them stand out of the crowd. Blue Hawaii’s “Do You Need Me”, directed by Kevan Funk, shows the sad reality of society’s dependency on electronics for communication and attention, portraying a co-dependency in isolation. Harrison’s “Your Girl”, directed by Ft. Langley, is a hilarious yet fundamentally sad portrayal of beer cans, chips, and cigarettes singing “I’m still your girl forever” after what seems like a desperate breakup.

Concluding the screening with by far the funniest video, the mood was sufficiently energetic for the two biggest prizes of the night: The Audience Award and The Grand Prize. King Bee had the honour of announcing Johnny Jansen, director of “Unamerican”, as the audience award winner. “Unamerican” is Jansen’s first and so far only first stop motion work. Jansen said while he had no idea how much work this video would become, although he is incredibly grateful to Said the Whale for their passion and joy throughout the process.

With that came a drumroll and last year’s winners, Charlotte Day Wilson and Fantavious Fritz, announced the Belle Game’s “Low” as the Grand Prize winner of 2019! “Low” plays on the undercurrent of desire, and for this honest take, it is truly the deserving winner. Funk spoke of “genuine surprise” at winning the prize, claiming that this music video idea had been in his head for about five years, before giving credit to the Prism Prize for allowing ideas, like his, to become a visual reality. In addressing the Prism Prize, Funk thanked the association for allowing a platform “for music videos to be more than just counts on YouTube”.

The Spill Magazine is a Toronto-based online publication dedicated to covering the independent music scene with a strong focus on our thriving hometown talent. Our writers bring you up-to-date news, in-depth features on musicians and reviews for the latest CD releases. We also travel to the front lines for all local festivals including Canadian Music Week and North by Northeast. Don’t forget to check out our Facebook and Twitter pages for all daily Spill updates.
RELATED ARTICLES
arkellsbahamasbelle game