A CONVERSATION WITH BLAIR PACKHAM

The name Blair Packham may ring some bells for you. You may remember him from his stylish 1980’s band, The Jitters, who released two polished pop albums, The Jitters (1987) and Louder Than Words (1990). In addition, there were some hit singles in the mix.  Amongst them, “Closer Everyday”; “Last of The Red Hot Fools”, and “‘Til The Fever Breaks”.  Since then Packham has moved on to a solo career and has recently issued his third solo album, Unpopular Pop. But, Packham has done much more than just records.

Since leaving the band, Packham has written music for television shows and movies, been a teacher, radio personality, producer, served as Vice President of The Songwriters Association of Canada, and even co-produced a song for Andy Kim (a Christmas song, no less).  Packham has been busy but he always returns to his love of writing, producing and mixing music.

“I was not sure I was going to make a record.  I have a loud inner critic in my head,” revealed Packham during my recent interview with him.“ ‘Why would anyone want to hear from you’, “the voice says.It is a self defeatist attitude.  But you know, my greatest thrill is to produce an album and have someone willing to hand over their hard earned $15.00 for my music.” 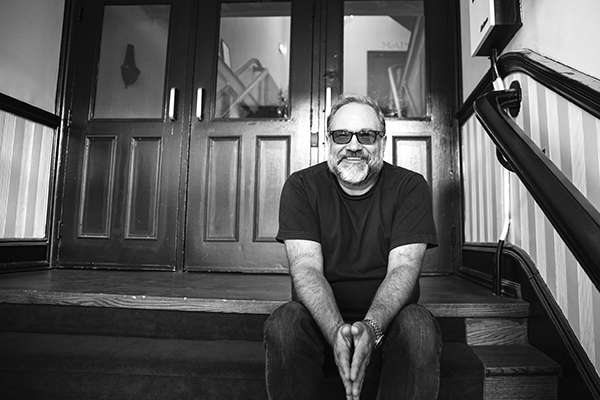 “The name of the album came from another inner critic voice in my head, that of my father. He didn’t criticize me, but he could critique others. Anyway, I remember him asking me about my music and I was saying it was guitar pop music, or something, but not something designed for the top of the charts. So he said, ‘so unpopular pop music.’ That phrase just stuck, so I used it for the new album, Unpopular Pop.”

This is Packham’s third solo release and his first in many years, 13 to be exact, since his last album Could’ve Been King (2004). His first solo album was released in 2000 titled Everything That’s Good. Although he plays most of the instruments on the album, he also produced and mixed the album. He did have some help from his famous friends, including Craig Northey (of the band The Odds), Jenna Andrews, Paul Myers, Steven Page and Ron Sexsmith.

“I’ve known Steven and Ron for years. The Barenaked Ladies and Ron both opened for my ex-wife Arlene Bishop in the early ‘90’s. We have been friends ever since. Paul Myers opened for me and we have been friends as well. In fact I got married at his home in San Francisco. So it was like playing with some old friends.”

For this album, Packham has written some very personal songs and on one song, “Proof”, even wrestles with the issue of the existence of God. A rather gutsy move these days.

“I don’t think putting the song “Proof” out was brave, I just figured I had nothing to lose. The song came about because a couple of Jehovah Witnesses came to my door, and they were a little annoying. I don’t care what people believe but don’t put your doctrine on me. I believe in a higher power, so let me be. So I wrote this song. I wanted the song to be heard so I placed it early in the track order. The song may be out of left field, but I felt it was important.”

“This album is, by far, my most personal album. I wrote the songs for me, I am writing for myself now, which can make co-writing difficult. I call my second album my ‘mid life crisis’ album and my first was more pop for pop. But this album means a great deal to me. As a lyricist I poured my heart into these songs,” Packham pauses and continues, “I want to be heard, understood, maybe relate to me personally. It is hard to put yourself out there”

But, recording and doing everything on your own can be a daunting task. Coming from a band into a solo a career is never easy, but it can be made to be even more difficult when the artist has to do everything. In Packham’s case he did have help from drummers (“They emailed their part to me.”) but everything else was left up to Packham.

“Yeah, I felt like I was in a salt mine, at times,” laughs Packham.  “I mean when you start mixing it, you never feel done. I keep mixing and mixing and with today’s technology, you can just keep on working at it. I need deadlines to stop. I am always second guessing myself, but I have to choose the version to put out. I don’t like it when artists put out 15 versions of one song. The artist should choose the version you hear.”

The album did not happen overnight.

“No, some of the songs were started in 2009 (“Other Side”) and changed along the way. I usually start with the a drum loop, add piano, guitar, guide vocals, double up on guitar and bass. I love playing bass.

“Another song comes from a line I wrote a long time ago because I was confronted by a journalist who was very strongly negative. That line turned up as the first line in “Baby What’d You Come Here For”, a different song, but you see how things stick around.”

Now the album is finished, Packham has put together a band and doing some shows. But a band also means a bit more freedom and ease in which one works.

“I am currently in the studio now with this band. The great thing is that we cut four songs in one day. So although I like working solo, it takes a very long time.  Also, with a band you get everyone’s input.”

It is good to have Blair Packham back making music and writing. His return is welcome and his music is like the folk music of today. Packham’s new album, Unpopular Pop (Independent), is currently available on CD, download and streaming.

The last word, however belongs to Packham.  “My favourite memory, after all these years, is when we (The Jitters) opened for Heart at Wembley.  One of the members of Iron Maiden said to me, ‘You rock, you fucking rock.’”

He is still rocking.

Born and raised in Whitby, Aaron discovered music through his love of The Beatles. This led to a career in radio, writing for various publications, and ultimately a radio show about The Beatles (Beatles Universe), which ran for over four years. When not immersed in music, Aaron enjoys spending time with the loves of his life -- his wife Andrea, and daughters Emily and Linda (all of whom have an intense love of music too).
RELATED ARTICLES
blair packhamblair packham recordsfeatures
8.0