SPILL FEATURE: PICK UP WHAT I’M PUTTING DOWN – AN INTERVIEW WITH JOEL GION OF THE JONESTOWN MASSACRE 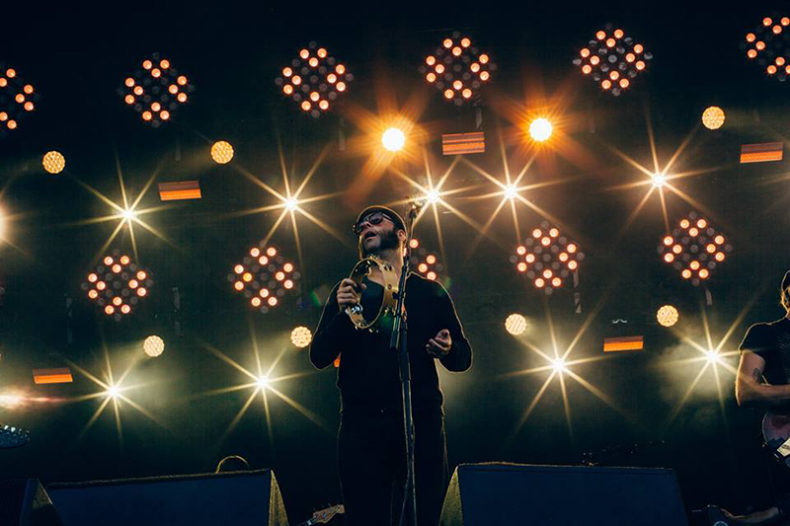 PICK UP WHAT I’M PUTTING DOWN

AN INTERVIEW WITH JOEL GION OF THE JONESTOWN MASSACRE

Spill Magazine: You have started the New Year off with a new single called “Tomorrow”, which bears some political sentiment. Can you tell us a bit about that song?

Joel Gion: I feel like I’ve been on the planet long enough to see certain patterns over and over again, and one of them is never getting either of our political parties in office more than two terms in a row. There are a lot of different types of people in the country but there are two specific big groups that can be lobbed into. The political parties, it seems like, have to give it up and over to the other side after, at least, every 8 years or that side will end up going ballistic at what they don’t like. In order to actually keep the peace and keep people from getting together, and from really making the moves to make actual change, they placate everyone by passing the baton back and forth before things get too hot and heavy for one side or the other. That’s been going on a long time.

I just wrote the song in the fall, at least, I recorded the song in January and for whatever reason there’s some red tape where I kind of expected my record to be out right now, but it isn’t, and I just thought “I kind of wrote this song with this event in mind so I thought ‘I’m just going to put this out myself’, which I did. I don’t want to be Mr. Message, I don’t want to say, ‘hey, I know what’s going on, let me tell you what’s up, kids’ or anything like that. I’m just a dude living on the planet, I’m not looking for these things, but they present themselves to me so often and it’s so in-your-face-obvious that when I go to write about something, these sort of topics present themselves. It was also, ‘yeah, it’s complete horseshit, but you still gotta have fun’ you know? It’s sort of a party song at the same time.

Spill: Some of your friends were very politically active this past election. Did you watch your friend Zia McCabe (of the Dandy Warhols) speak in support of Bernie Sanders?

Joel Gion: I sure did. It was wonderful. That was the event when the bird came, flew in, and landed on the podium. You can’t ask for a bigger sign than the bird of peace come down and want to hang out with this guy. We were all so optimistic. At the time that I wrote this song, it was during the Democratic National Convention when to me in my mind, the real villain was Clinton. She was for the corporations, she represented big money, and the huge class divide that’s getting more and more insane. So yeah, I was a Bernie Sanders guy. At the time, she was kind of the villain. Nobody thought that it would come down to this where Donald Dude-Bro is in there…so, that was the big concern back then. Now it’s nothing.

Spill: This last fall, you released a song titled “Divide” that has a strong Tropicalia influence. Can you tell us a bit about that song?

Joel Gion: Yeah, that’s kind of a leak to some of the direction that the new record will be representing. There are things that I enjoy in pretty much every genre of music, although I’m not a heavy metal guy. But I can find something that I love in almost everything. Brazilian music, jazz, soul, and then of course my roots of shoe-gaze, psych, blues, and classic rock stuff. I’m trying to incorporate different things into the mix. That’s definitely the most overt Brazilian song but there’s more of that type of energy on the way as well. 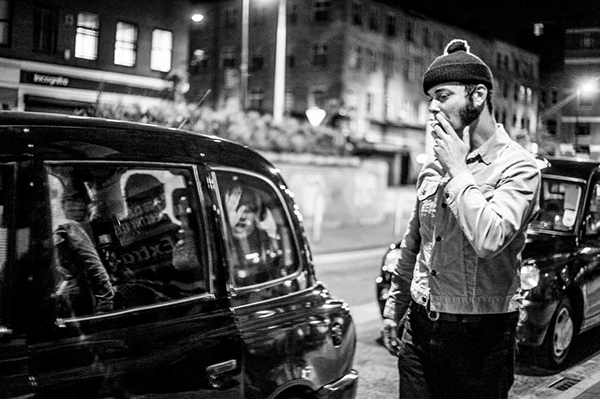 Spill: You have a few friends in cowboy bands, are you a fan of spaghetti westerns and cowboy music?

Joel Gion: Well, my favourite composer of all time is Ennio Morricone. I have a huge music collection and I have an entire shelf that’s just movies where Morricone scores the soundtrack. A lot of the movies aren’t that good but the scores are great. Primarily from the mid ‘60s to the late ‘70s is kind of the zone, but yeah, spaghetti westerns and Morricone, I certainly do love that stuff. On my new album there will be a little bit of that style well, more of his psych-lounge mode, not so much western. There will be a tiny hint of western on there but nothing like your Spindrift or Federale.

We recorded the majority of the album at Revolver Studios in Portland, which is run by Colin Hegna, the bass player for the BJM. His band, Federale, has got some pretty heavy-duty spaghetti moves.

Spill: The last album was mostly recorded with Rob Campanella, was it not?

Joel Gion: Yeah, the last one was leaning more heavily to his studio, the Committee to Keep Music Evil, and I also did some at Colin’s studio in Portland. This new one is kind of flipped the other way around. We did most of that album down there in LA. I had Dan Allaire from the BJM come and play drums on the majority of it. Plucky played on three songs. We got Rob and whoever else we could drag in there – Miranda Lee Richards, who is a great soul singer and used to be in BJM way back in the day. You had the whole L.A. wrecking crew coming in. It was neat. 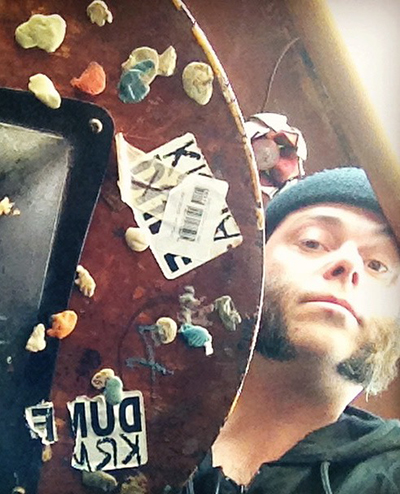 Spill: What was it like playing with the Primary Colours?

Joel Gion: That was my crew, my local San Francisco crew. Because of the gentrification and the tech industry, there are lots of factors where most of my friends no longer live here. These were my DJ friends that I made. I asked them if they wanted to play these songs with me and they were into it, because the BJM who play on the record are all so spread out, there was no way to have a local band. You can’t have these guys come to San Francisco to play some 200-seater, you know? We had a lot of fun. We kind of morphed into the line-up we had at Levitation Vancouver because some of the BJM guys became more available and got integrated in, but I still have some of those Primary Colours people in my band.

Spill: The Joel Gion band performed an excellent set at the first ever Levitation Vancouver festival back a few years, 2015. Will you be seeking Raymundo Calderon, Yvonne Hernandez, and Christof Certik to be touring again? 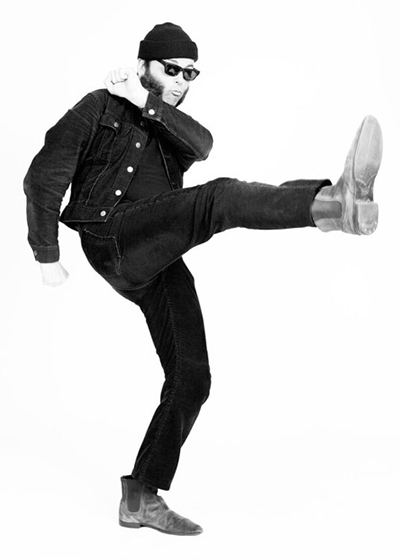 Joel Gion: Absolutely! That’s the band, it’ll be the same group the next time around that you had there. But we have to get a flute player! Flute, congas, it’s expanding…it’s kind of blowing up.

Spill: What was your experience like at this year’s Desert Daze Festival? What did you think of the oil projections with the BJM set?

Joel Gion: I think it’s a great festival. We go to psych fest usually, either to play or just hang out in Austin. This had a very similar vibe but it was scaled down. But you know…the whole place was built by Frank Lloyd Wright, so that in of itself made it amazing for me. It was a really neat vibe; it was really similar to your Austin Psych Fest kind of vibe. We had a great time. I couldn’t really see the light show; it was on me. [Laughs] But I heard it was really good. I guess I saw some Youtube clips, yeah. Somebody threw a bottle or a shoe or something. We were playing and I saw it rocketing straight for my head and I got out of the way just in time. There’s video of it on Youtube…but yeah, enthusiastic crowd!

Spill: What’s the title of your upcoming record?

Joel Gion: It’s going to be self-titled. I was the biggest influence on myself this time around. It represents more of where I am coming from. The first album was me staking my claim in the song writing ring and really showing my colours on the music that got me here, and probably the music I should have been making a long time ago. I think I just needed to get that ‘never happened’ first album out of me. This one is much more influenced by the things that I listen to now. I’m making my own thing out of it, before I was just joining the parade as it was.

Spill: 2017 marks half a century since the summer of love. What are your thoughts on music 50 years after 1967?

Joel Gion: Well, I dunno, man. I don’t listen to a lot of new bands these days. Most of the music I listen to comes from the ‘60s and ‘70s, I think for a lot of people that is the case. There’s a huge vinyl resurgence going right now but it’s primary old vinyl. I like new music, but for me, I dunno…I like the old stuff, so I guess it is the summer of love for me. I guess it never ended.

The Spill Magazine is a Toronto-based online publication dedicated to covering the independent music scene with a strong focus on our thriving hometown talent. Our writers bring you up-to-date news, in-depth features on musicians and reviews for the latest CD releases. We also travel to the front lines for all local festivals including Canadian Music Week and North by Northeast. Don’t forget to check out our Facebook and Twitter pages for all daily Spill updates.
RELATED ARTICLES
featuresthe brian jonestown massacre